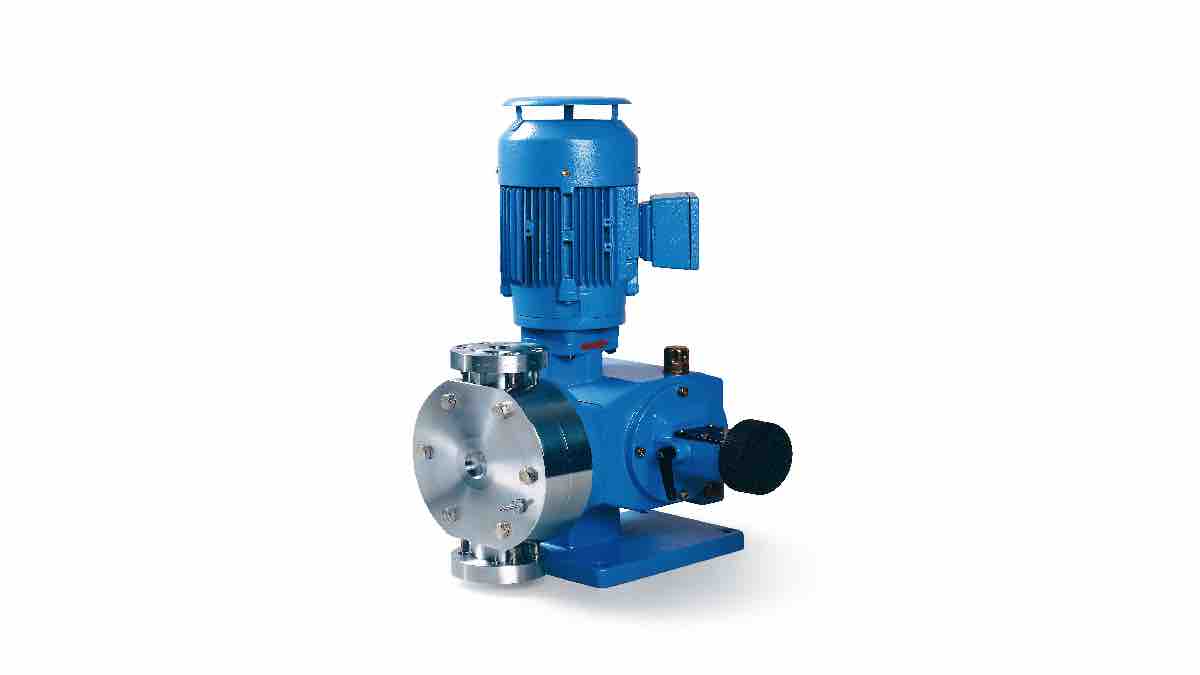 In many branches of the chemical industry, highly flammable fluids are required as raw materials in production. In such cases, operating reliability and the health of the employees are always top priorities.

One chemical plant in Germany was having upgrading work done on its vessels. This made it necessary to set up a temporary solution for transferring a hazardous material. The flow rates for the transfer phase were reduced, which meant that the existing pump systems were oversized and could not be used.

LEWA provided a hermetically tight diaphragm metering pump from the Ecodos series. This pump is perfectly engineered for conveying hazardous materials. An additional requirement stated that the solution had to feature a suction head of three meters. The pump experts at LEWA conquered this challenge by collaborating with the end customer’s project team. The outstanding dedication of all those involved allowed the system to be planned, purchased, installed and successfully started up within less than five months.

The process of manufacturing high-quality chemical products requires a vast range of fluid media that are used as raw ingredients, auxiliary materials and additives. These include materials that are hazardous to health. If these materials were to leak, this would pose a tremendous risk to people and the environment. In light of this, the system operator assigned a team to this project and they designed and built a solution with a strong focus on safety aspects. The special local conditions of the temporary solution resulted in a specific requirements profile for the pumps that were going to be used in the interim set-up.

In normal operation, the product is pumped using side-channel pumps. To ensure that production could continue during the conversion work, at least in a certain capacity, IBCs were provided as a replacement. These required more frequent pumping of smaller quantities, though. The available pumps were not suitable for this purpose, which is why a solution was needed for moving the raw material—and why it had to be tailored to the process. This was done by carrying out a safety analysis and using this analysis to create a pump profile that largely corresponded to the properties of the Ecodos series from LEWA.

Based on the operating requirements and the special properties of the medium, the hermetically tight diaphragm pump with an electric drive and diaphragm monitoring stood out as the perfect option for handling this task. Explosion protection and chemical resistance were both extremely important in this case. “The Ecodos series has both of these features. Explosion protection is ensured because the pump design adheres to Ex Zone 1 and temperature class T3. You get corrosion resistance by using 1.4571 stainless steel as a working material for the pump body and valves and using PTFE for the quadruplex diaphragm,” explains Eike Dylla, Sales Engineer at Ingenieurbüro Schmedding, a subsidiary of LEWA NIKKISO Deutschland GmbH. Since both switching on and emptying the pump may result in short phases without liquid wetting, the goal was to have a pump that would not sustain damage or create the potential for an explosion—even during dry running. The Ecodos met these standards as well. Furthermore, tests were run in advance to ensure that the diaphragm surfaces would not cause any electrostatic charges whatsoever.

A height difference of three meters had to be overcome to reach the highest point on the suction side. The suction line—which was nearly 10 meters long—was supposed to be purged with nitrogen after each metering process. As a result, the project team had to design a pump system that was capable of suction during dry operation. The team worked together and came up with an idea: They would try adding suction volume to the design on the suction side. For this specific design, doing so involved expanding the piping. It was not necessary to add another vessel. In a conventional system, a suction line with a diameter of 25 mm would have been sufficient here. The team of experts for pulsation analysis at LEWA GmbH used this information to carry out calculations in the hopes of either confirming this assumption or working out a better suggestion for the solution. “Based on the results of these calculations, we were able to make a specific recommendation. The design ended up using a piece of piping expanded to 80 mm over a length of approx. 1 m. The point of this expansion is to generate the required suction volume. Once this volume is filled with fluid, the pump can generate the negative pressure necessary to take in the fluid from the vessel,” explains Dylla.

To eliminate the need to fill this suction volume manually, an equally large return volume was built into the discharge line. This made it possible to provide the operator with a finished design, including mathematical verification that it would work. The entire project was affected by the short time frame that had been laid out for it. It required everyone involved to show tremendous commitment—from day one. A quotation was submitted only one day after the inquiry was received. Once the technical details had been worked out, the concept developed and the fluid dynamics calculated, an order was placed. The system was delivered within a few weeks and installed according to schedule. All in all, the entire project was completed in less than five months.