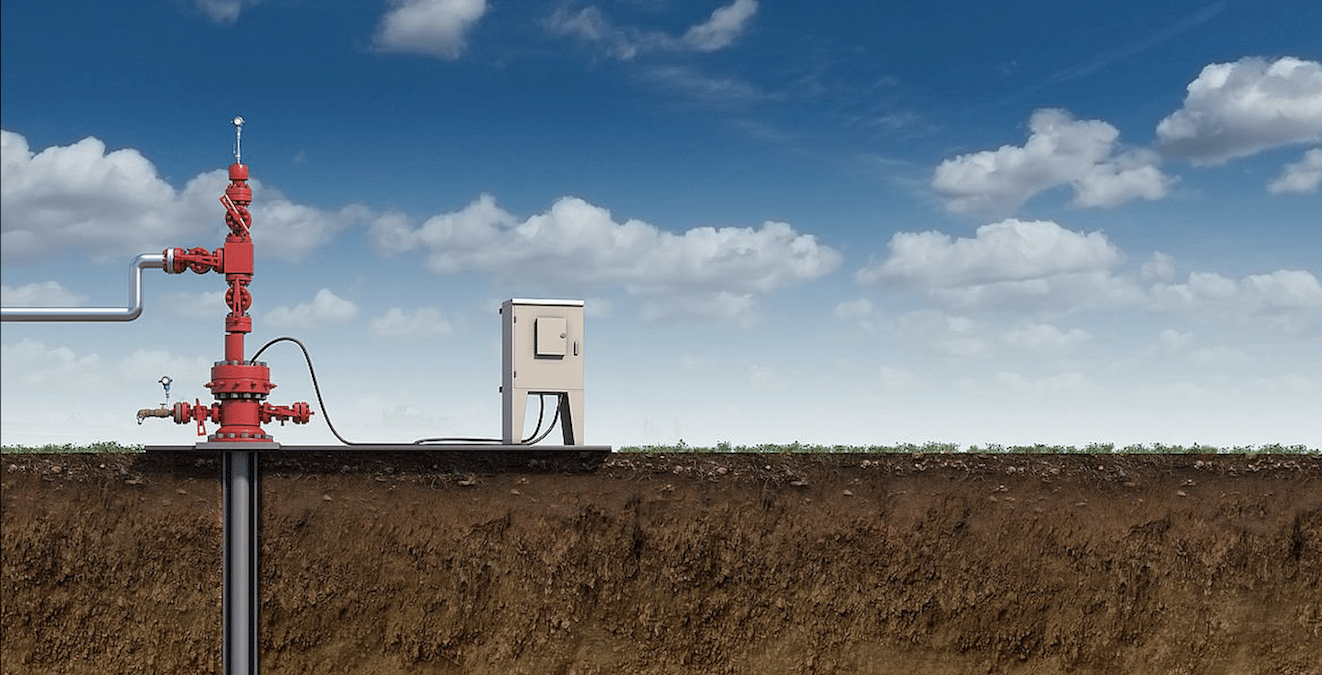 For almost 70 years, a German oil and gas producer has been operating oil fields south of Bremen. For historical reasons, various types of pumps are used side by side.

The installed centrifugal submersible pumps, pumpjacks, and progressing cavity pumps can handle local conditions, such as partially deflected boreholes, paraffin mixtures and sand mixtures with varying degrees of effectiveness. Progressing cavity pumps (PCP), as rotary positive displacement pumps, are suitable for particularly demanding media, both viscous and abrasive. However, the pumping rods, which are often up to 3000 meters long, may break, and the piping may wear through.

In comparison, submersible centrifugal pumps do not have pump rods, but they are not very suitable for fluids that contain sand and/or gas. In an effort to reduce the number of pumping installations, the oil field operator has begun to look for an efficient and durable system capable of combining the advantages of both types of pump: a system that combines a submersible motor of a submersible centrifugal pump with a progressing cavity pump. The systems available on the market so far were out of the question, since they are equipped with a planetary gear system that is highly error-prone. The company finally decided in favour of a solution developed by NETZSCH Pumpen & Systeme GmbH in Waldkraiburg, which does not use this vulnerable component. It is a progressive cavity pump (PCP) system with underground drive and a permanent magnet motor (PMM). Even with the difficult media described above, it allows higher flow rates than the previously used units. It also lowers operating costs thanks to its lower failure rate.

The company uses three different pump types for conveying operations on its crude oil fields south of Bremen. Due to their different design and functions, the different models work with varying degrees of effectiveness in the specific conditions of production wells. “Each type of pump has specific advantages and disadvantages,” explains Jörg Eitler, Global Business Field Manager for Oil & Gas Upstream at NETZSCH. “For example, in the case of pumpjacks and progressing cavity pumps, pump rod fractures occur relatively frequently. Since the rods move constantly during extraction, tubes may become damaged. This is more likely the further the borehole path deviates from the vertical position.” As a result, time-consuming work may be required to repair the damage and resume production. In the case of submersible centrifugal pumps, this risk is much lower. They must be very precisely designed and carefully installed to avoid damaging the underground cable during installation, especially if the borehole path is not vertical. However, once the installation is successfully completed, the cables often have a much longer service life than the rods of progressing cavity pumps and pumpjacks. This is because the cable is not under dynamic load during operation, as is the case with pump rods.

The decision makers considered a combination of progressing cavity pump and submersible centrifugal pump, which combines the advantages of both pump types, to be particularly useful and efficient for the applications in the North German oil fields. What’s more, pumps of this kind have already been developed and assembled. These are the so-called rodless PCP (progressive cavity pumps) or ESPCP (electric submersible progressive cavity pumps) – progressing cavity pumps driven by a submersible motor. Based on the advice from oil field specialists, the company decided on a special model developed by NETZSCH Pumpen & Systeme GmbH, which does not require a transmission ratio between the motor revolutions and the pump, since the motor selected specifically for this application can be operated at very low frequency. In addition to the progressing cavity pump, the system consists of a permanent magnet motor, sensors, motor protector, bearing unit and a flexible rod, called FlexShaft. Other components are a check valve, a drain valve and a cable that is used to power the motor and to transfer data from the sensor.

Progressing cavity technology conveys even the most difficult media

The main parts which define the conveying principle of the progressing cavity pump are a rotating component – the “rotor” – and a fixed component – the “stator” in which the rotor turns. The rotor is designed as a type of round threaded screw with an extremely large pitch, large thread depth and small core diameter. The stator cavity has one extra thread and twice the pitch length of the rotor. The precise geometrical mating means that conveying chambers are maintained between the stator and the rotor, which rotates inside it and also moves radially. These chambers continuously move from the intake to the outlet side and transport the medium. The volume of these chambers remains constant and the chambers themselves are self-contained. This not only prevents backflow, but also ensures that the conveyed medium is transported at stable volume and pressure, so that no shear forces and hardly any pulsation occur.

Other pumping systems soon reach their limits if consistencies vary, which results in interruptions, loss of pressure and material damage. For progressing cavity pumps, on the other hand, consistency and viscosity of the medium are not relevant to the flow. The so-called multi-phase pumps from NETZSCH can therefore handle mixtures of oil and water with sand or gas, reaching flow rates of up to 300-400 m³/day.

The ESPCP used by the customer is also a model that has a special rotor connection, and is driven from below, that is, from inside the borehole. “The special feature of this pump is that the rotation of the rotor is not driven by the above-ground drive head via a very long shaft or rod; rather, the rotor-stator combination and the motor are sunk into the well”, Jörg Eitler explains. The motor and the bearing unit are connected directly to the rotor via a flexible rod. All radial and axial forces of the rotor are absorbed by a special underground bearing housing. There is also a dynamic seal in the well. This moved all critical components of the pumping unit below ground, precluding environmental impact from leaks above ground.

The motor that has been selected for the system is a permanent magnet model (PMM). It is designed to meet the specific requirements of a progressing cavity pump. With this slow-speed 10-pole synchronous motor, the specified speed is the same as the actual speed, eliminating the need for complex slip calculations and speed measurements. Even error-prone, mechanical or magnetically coupled transmission can be dispensed with. “In this application, even a progressing cavity pump with above-ground drive is not recommended because of the short service life of the overall system. However, the PMM facilitates underground use”, says Jörg Eitler.“Thanks to the permanent magnet motor, the pumps can be installed deeper. They can also be used if there is a high deflection.” A downhole sensor is installed directly underneath the PMM. It provides data for the operation of the production well and data on the machine condition. It also helps to troubleshoot problems in the well. For example, it measures fluid and motor temperature, as well as pressure on the sensor. This component also allows the speed to be automatically adjusted to the pressure, which prevents the pump from running dry.

The design of the ESPCP system, which is installed in Northern Germany, is adapted to local conditions. It can convey the highly viscous medium, which contains bitumen and paraffin sediments, sand content of up to 40 percent, or salt deposits, at a pressure of up to 300 bar. A gas proportion of up to 40 percent of the pump intake does not pose a problem during extraction, because the technology of the progressing cavity pump allows conveyance of different phases of a fluid. It also conveys low volumes of 3 to 20 m³/day as efficiently as medium volumes of 10 to 100 m³/day.Since there is no pump rod, the pump can now be used even for horizontal or heavily deflected boreholes, that is, the allowable borehole deviation – the so-called Dog Leg Severity (DLS) – is very high. Eliminating pump rods rules out rod breakage, as well as friction of rods against the piping. This significantly reduces the risk of pipe leakage. It also gives higher flow rates in the tubing and enables use of tubes with a smaller diameter. Pressure losses in the tubing are also lower.“Rods cannot get twisted, which rules out a dangerous backspin”, says the upstream specialist at NETZSCH.

Other advantages of these rodless PCP over conventional PCP models are lower axial load, larger operating window of 180-500 revolutions, integrated pump and motor protection and the choice of a special, highly xylene-resistant elastomers. Other features include an automatic integrated pump control, which starts the pump after a power failure and the remote measurement of real-time pump data for early detection of errors. The system also has a smaller footprint than all systems with above-ground drives.

In November 2018, the NETZSCH ESPCP system was installed and put into operation in the oil field south of Bremen. It worked flawlessly until the first unscheduled shutdown of the production well, which was caused by exceeding external limits that were not related to the pump. The system will soon be put back into service. The operator therefore plans to purchase additional systems.

For more than six decades, NETZSCH has developed, manufactured and marketed positive displacement pumps worldwide. Designed specifically for difficult pumping situations, NETZSCH pumps range in size from the industry’s smallest metering pumps to high volume pumps for applications in the oil and gas or mining industries.

Function of a Peristaltic Pump From NETZSCH