For their brewing process, Rahr Malting wanted to better control fermentation as one of the crucial steps in their process.

Previously, Rahr Malting utilized variable area flow meters to mechanically measure compressed air to increase the oxygen content in their yeast production. Rahr knew that in order to create more brew recipes and maximize production they required a more controlled and automated process to improve efficiency of their brewery. Rahr Malting reached out to Brooks Instrument for a solution.

Rahr Malting, a long-standing family business in Shakopee, Minnesota, has one of the largest single-site malting facilities in the world. Along with their Alberta Canada operation, Rahr distributes malt and other grains to brewing, wine, spirits, and allied industries around the world.

Recently, Rahr invested in a Technical Center using imported brewing equipment from Germany so they could test brews for their customers and analyze various malts. For their brewing process Rahr wanted to better control fermentation as one of the crucial steps. In brewing, yeast is used to convert sugars to carbon dioxide and alcohol. Maintaining optimal oxygen levels is one of the parameters to keep an ideal yeast fermentation. As part of the Technical Center expansion, they wanted to use pure oxygen instead of air to better activate the yeast in order to make more brew recipes and maximize production. Furthermore, they also wanted to implement a more controlled and automated process to improve efficiency of their brewery. Ultimately using an oxygen sensor to provide feedback to the oxygen injection flow meter to control oxygen flow at a peak level.

Rahr Malting reached out to the experts in process instrumentation for solutions to measure and control oxygen specifically in a wash down area. A Brooks Instrument SLAMf mass flow controller with a NEMA4X/IP66 rated hardened enclosure was chosen due to its functionality to precisely control and automate pure oxygen levels, while ensuring the integrity of the instrument in harsh conditions.

Rahr Malting is now producing repeatable and automated recipes by using the best technology and instrumentation. This innovation is enabling the company to become a world class brewer to ultimately create the best malt products to meet their customers’ needs.

Since 1946 Brooks Instrument has been a leader in precision fluid measurement and control technology. Providing instrumentation for flow, pressure and vaporization, the company serves customers in pharmaceutical and biopharmaceuticals, ... 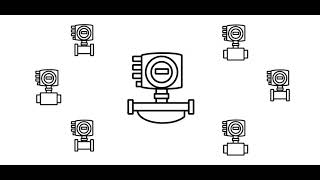