Flow control is an advancing field of fluid dynamics, that describes the flow of liquids, gases, and plasmas. Flow measurement is the determination of bulk fluid movement. The flow of fluids can be measured in a variety of ways.

In general, fluid mechanics is the study of fluids either in motion, fluid dynamics, or at rest, fluid statics. Both liquids and gases are classified as fluids.

Fluid dynamics deals with the fluid mechanics where the fluids are in motion. Fluid dynamics has a wide range of applications, including calculating forces and moments on aircraft, determining the mass flow rate of petroleum through pipelines, predicting weather patterns, and many more.

Fluid statics deals with the fluid mechanics where the fluids are at rest. Applications of fluid statics include pressure measurement with hydrostatics, water dams and gates, liquid storage tanks, and many more.

Flow is the movement of pressurized fluids between volumes of varying pressures. Pressurized fluid always moves from higher pressure to lower pressure. Without a pressure differential, the fluid is stagnant, and the system is absent of flow. Uncontrolled fluid in motion can physically destroy pumps, piping, valves, meters, and other system components of the fluid flow control system.

Fluid flow control is an advancing field of fluid dynamics, that describes the flow of liquids, gases, and plasmas. Flow control of fluids can be accomplished by passive, which requires no energy, or active devices, which require energy. Controlling and measuring the fluid flow is increasingly incorporated in many applications, from aviation and defense to the pharmaceutical industry.

Passive flow techniques include geometric shaping, vortex generators, and the placement of grooves or riblets on airfoil surfaces.

Active flow techniques include steady and unsteady suction or blowing, and the use of synthetic jets.

Controlling fluid with the latest technology

Controlling the fluid flow is an essential portion of optimizing and protecting complex systems. By using a variety of technologies to control fluids like air and liquid, fluid control systems and products last longer in demanding environments.

Managing fluid flow systems can be a difficult task, controlling and managing these kinds of systems can be done via multiple techniques and methods.

Contamination within the system that controls flow fluid can originate when unwanted water, oil, or other fluid mixes with a fluid or materials in a fluid control system. Contamination most often occurs as the result of a system that is not properly flushed.

The most recent flow control innovations include improvements in the steam measurement industry. In recent years, an ultrasonic steam meter got introduced that is both portable and permanent. This steam meter offers a quick installation, an in-built data logger, increased accuracy.

In addition to the innovations in the steam measurement industry, the thermal energy industry has also introduced a new meter that offers accurate measuring of fluid velocity and energy consumption. This is one of the few flow sensors that used electromagnetic technology where a conductive liquid moves through a magnetic field to produce a current.

When deciding on the best type of meter to measure a given flow, the nature of the fluid to be measured needs to be considered. Flow characteristics are also important. In custody transfer metering, the best flow measurement is required.

Measurement of flow, whether it is a liquid or gas, is commonly a critical parameter in many processes. In most operations, it is important to know that the right fluid is at the right place at the right time. Some critical applications require the ability to conduct accurate flow measurements to ensure product quality.

Direct mass flow measurement is an important development across the industry as it eliminates inaccuracies caused by the physical properties of the fluid, not least being the difference between mass flow and volumetric flow. Mass is not affected by changing temperature and pressure. This alone makes it an important method of fluid flow measurement.

What is a flow meter?

A flow meter is an instrument used to measure the linear, nonlinear, volumetric, or mass flow rate of a liquid or a gas. Flow meters are referred to by many names, such as flow gauge, flow indicator, liquid meter, flow rate sensor, etc. depending on the particular industry. However, they all measure flow. Open channels, like rivers or streams, may be measured with flow meters. Or more frequently, the most utility from a flow meter and the greatest variety of flow meters focus on measuring gasses and liquids in a pipe. Improving the precision, accuracy, and resolution of fluid measurement are the greatest benefits of the best flow meters.

How do flow meters work?

A flow meter is meant to measure the amount of gas, steam, or liquid passing around or through it. Although there are many kinds of flow meter sensors that work in different ways, they all have one set goal, and that is to give the most accurate flow rate report based on the application. The data gotten could either be for general research, process control, or processing. Flow meters are either used to measure volume or mass.

The different categories of flow meters are as follows:

Articles about Flow Control and Measurement

Water is the most important resource for life. Complex and energy-intensive, water & wastewater treatment calls for energy-efficient, environmentally friendly…

FLEXIM is extending its mass flow product portfolio into the explosion zones ATEX 1 by introducing the PIOX S 831. The unique metering system…

The manufacturer is expanding its range of clamp-on sensors to include another variant that works on the basis of the ultrasonic transit time difference. …

A pilot plant is an important step between a lab-scale and a large production scale. In the chemical industry, it is common to build pilot plants to minimize…

Achieving an accurate flow measurement in distribution applications and water treatment is difficult when space is limited….

Experts for Flow Control and Measurement

Eric Heilveil (Siemens Industry, Inc.) Eric Heilveil is a 30-year plus veteran in the process instrumentation marketplace. He started out his career working for Emerson Electric and later moved on to work with his current employer Siemens Process Instrumentation Flow Division. Throughout ... Ask a question

Helge Berg (Alicat Scientific) Helge Berg, General Manager of Alicat Scientific Europe, has more than 30 years experience in the field of fluid handling. In his early years Helge developed proportional solenoid valves for Burkert and moved on to Mass Flow Controllers when ... Ask a question

Gérard Bottino (Panametrics) Gerard joined Panametrics in 2008 as a Flow Product Specialist for the Europe, Middle East and Africa Regions and is now the Global Flow Commercial Development Leader. He started his career in 1990 in the process industry after receiving his ... Ask a question

Erik van den Bosch (Teledyne Gas & Flame Detection) A question on your Gas & Flame Detection needs ? Erik will guide you through the different solutions to protect your personnel and your site from anoxia, toxic or explosive hazards. Each application has its own set of fire, gas and safety ... Ask a question

Adrian Young (Young Calibration Ltd) Adrian founded Young Calibration in 1996 with his partner and close family associates and has been at the helm of the company ever since. After his successful early career in automotive powertrain Research & Development, he developed a keen ... Ask a question

Niek Smeenk (Equflow BV) Over the years, Niek has gained a broad knowledge in different fields by executing research in semiconductors and solar cells focused on aerospace. After completing his research Niek started working at Equflow (flowmeter manufacturer) back in ... Ask a question

Jan Christensen (Brooks Instrument) Jan Christensen has nearly 40 years of experience in precision flow and pressure control instrumentation. He began his career as a Canadian Service Specialist where he traveled out to the field and repaired valve instrumentation and control ... Ask a question

Casey Williamson (GF Piping Systems) Casey Williamson is Head of Business Development Microelectronics Global Industries for Georg Fischer. For the last 25 years, he has provided support for the semiconductor and photovoltaic sub-segments; through the years, he has been instru­mental ... Ask a question

Titan Enterprises has published a white paper reporting on an investigation into the use of electronic flow meters in high-speed batching processes…. 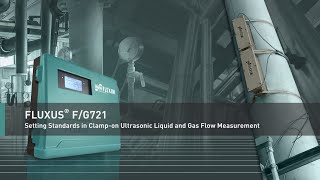 For 75 years, Brooks Instrument has been a trusted partner for flow, pressure and vaporization instrumentation across the globe. More info ➜

GF Piping Systems is the leading flow solutions provider worldwide, enabling the safe and sustainable transport of fluids. The company specializes in plastic piping systems and system solutions plus services in all phases. More info ➜