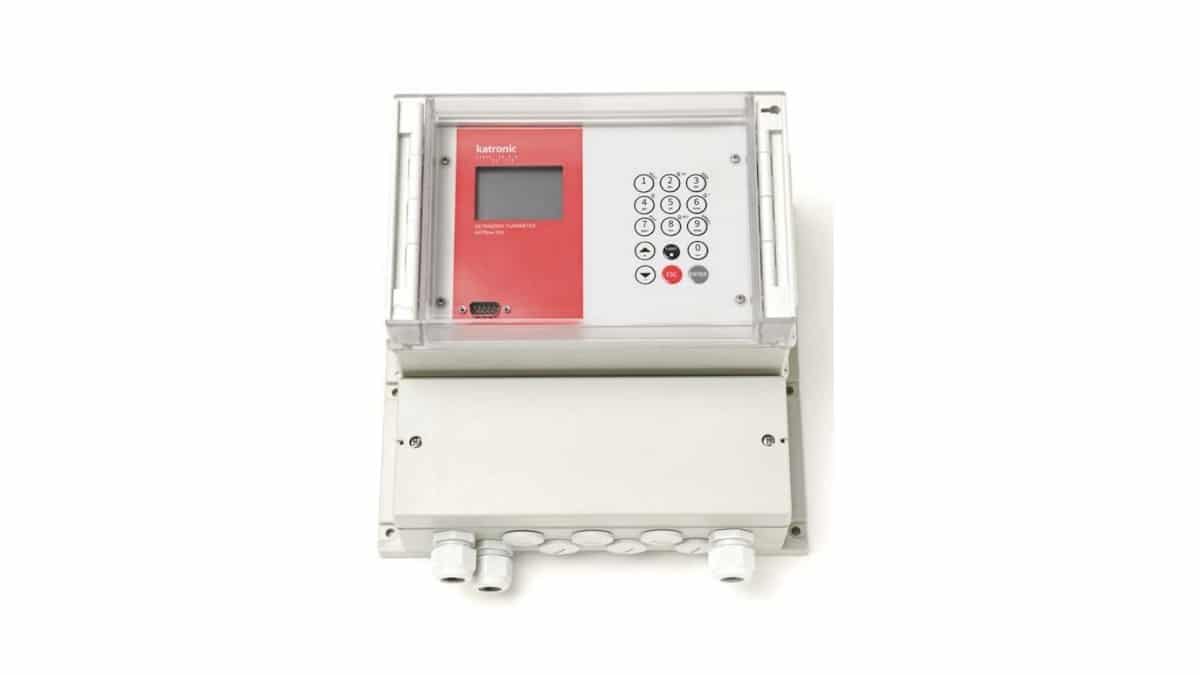 The transport of potable water from remote hydroelectric power plants to transfer points of municipal utilities, overcoming differences in ground level to provide drinking water to end customers throughout a region requires a complex pipeline network featuring high capacity, high energy pumps operating within a number of pumping stations. Usually, several pumping stations are involved, which can result in high water pressures in the pipeline network. These high pressures, usually before entering distribution stations, are required for the transport of water, but can also lead to problems.

In a large German water supplier’s network, high pressure had damaged a previously installed vortex meter, so a replacement was required. To avoid issues with the very high pressure but, more importantly, to retain the integrity of the system and avoid the risk of contamination, a hygienic, non-invasive, clamp-on ultrasonic approach was taken. The measuring system to be installed also had to provide fast, reliable measurement results, because the pipeline network ran in a critical area under a motorway and there were fears of damage to the building fabric in the event of a leakage.

The customer had already had positive experiences with two portable, non-invasive Katronic KATflow 200 flowmeters and thus, after inspecting the very confined space on site, chose a fixed KATflow 150 ultrasonic flowmeter with various output options for integration into the customers network via analogue output and Profibus interface.

Katronic also installed and commissioned the new measurement system. The clamp-on transducers meant no process interruption and no requirement to break into the pipe. Regular flushes to remove residues on invasive measuring sensors will no longer be necessary. The acquisition costs of the new measuring system were significantly lower than for comparable invasive measuring technology, and the personnel and logistics costs for commissioning were many times lower.

The KATflow 150 supplies reliable data to the control room without interruption, so that continuous monitoring and rapid intervention in the event of damage is guaranteed throughout this section of the network. The measuring accuracy of the ultrasonic flowmeter was expressly highlighted by the customer and proven by comparative measurements, and on the basis of this successful installation, Katronic will also be consulted for future measuring tasks.

Click here for related articles and news
Search for Flowmeter manufacturers in our equipment guide
This article is published by
Katronic AG & Co. KG