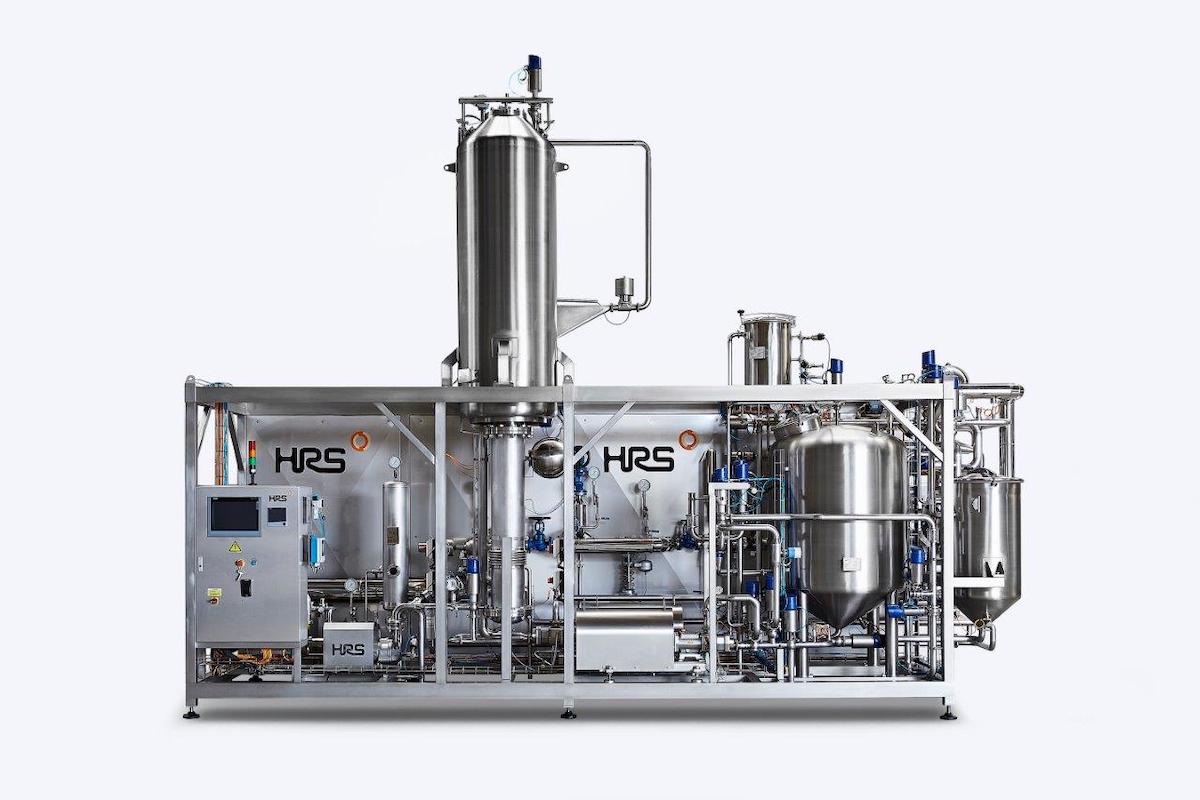 A leading Israeli dairy producer has expanded its production capacity for plant-based drinks with the installation of an HRS DSI Series pasteurizer as part of a new production facility to process raw ingredients. Before this the company had to import part-processed products from an associated facility in Europe.

The client is one of the largest dairy and food companies in Israel and having previously brought in plant-based drinks in bulk from an associated European company for bottling, in 2021 they invested in a new production line to allow them to process raw materials (such as oats, soybeans, coconut and hazelnut) in-house as part of an expansion of their dairy alternatives business. Consequently, the new production facility includes many elements including grinding, extraction and bulk supply for bottling elsewhere. The HRS DSI (Direct Steam Injection) forms part of a complete UHT (ultra-heat treatment) system supplied by HRS for integration into the new production facility.

One of the challenges was the space available for the UHT portion of the production facility. HRS was able to design a complete, cost-competitive heat treatment solution based around the HRS DSI and other heating and cooling technologies which was skid-mounted to facilitate installation and commissioning in the available space.

Direct steam injection provides a number of advantages over traditional UHT systems based on heat exchangers, particularly when it comes to the viscous nature of plant-based ‘milk’ drinks. The biggest advantage is in terms of speed, with direct injection taking a fraction of the time to heat (and then cool) the product compared to other methods of pasteurization such as indirect heating using heat exchangers. This matters as the faster the product is heated and cooled, the less impact the heat has on the product – in the case of plant-based drinks this can include discolouration, caramelization and the introduction of off-tastes.

“With direct steam injection you get a sudden and immediate increase in temperature,” explains Francisco Hernández Ortiz, food business development director at HRS Heat Exchangers. “We have standard pre-heating phase using an HRS MI Series heat exchanger which takes the product to 80 °C, and we then inject the steam which immediately increases the product temperature to 140 °C. A flash cooler is then used to return the product to 80 °C within a few seconds, so the heat has time to pasteurize the product, but other heat effects, such as caramelization, do not have time to occur.” After this chilled water and a glycol solution are used to cool the product to the final temperature of 4°C.

The HRS equipment was delivered in early September 2021, although delays with other parts of the line meant that it was not installed immediately. HRS pre-commissioned the unit on site from late November, but before final commissioning using actual product could take place, a Covid outbreak closed the Israeli border to all travellers.

“The way the HRS DSI Series and associated equipment is designed meant that we could undertake the necessary commissioning work remotely, so that the unit was operational by January 2022,” explains Francisco. “I then visited in person in March to carry out a few final pieces of commissioning and since then the unit has been running without any issues.”

HRS Heat Exchangers is part of the HRS Group which operates at the forefront of thermal technology, offering innovative heat transfer solutions worldwide across a diverse range of industries. With more than 40 years’ experience in the food and ...

The Benefits of Shell & Tube Over Plate Heat Exchangers