In March, 1976, Cashco moved from Decatur to Ellsworth, Kansas. In 1979, Cashco’s parent, The Riley Company, was acquired by the U. S. Filter Corporation which was, itself, acquired by Ashland Oil in 1981.

In late 1984, Ashland tentatively agreed to sell Cashco to a company that planned to close the plant. A concerted effort from Cashco management, Ellsworth community leaders and the Kansas congressional delegation (primarily Senator Bob Dole), convinced Ashland to sell Cashco instead to a group of investors headed by Phillip G. Rogers on May 6, 1985. Consequently, Cashco continues to operate in Ellsworth today.

On October 12, 1999, Cashco purchased Kaye & MacDonald factory in West Orange, NJ. By October 18, all equipment had been relocated to Ellsworth, KS. This line of valves added high flow and high purity dimension to the current lines.

March, 2002 saw the purchase of Sensiflo in Colton, CA. This line of valves brought high pressure into the line of valves. Machining and assembly is done at Cashco in Ellsworth.

Cashco manufactures a proprietary line of self-contained regulators and control valves. The regulators are self-sufficient valves that control the flow based on line pressure at the regulator. By contrast, control valves control flow based on an external signal coming from a controller. Cashco valves control liquids and gases in industrial applications. The valves are sold through a network of manufacturers’ representatives. 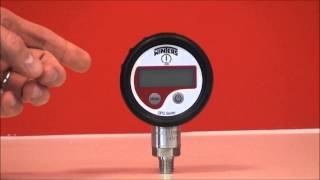