Smar was founded in 1974 providing services for steam turbines used in the Brazilian sugar industry. In 1978, in order to meet the demand for electronic products for the sector, gathered people to develop and manufacture a control system for sugarcane cutters and mills. With the success of this innovation new products were developed and produced, but still directed to the sugar-ethanol industry.

The company grew fast, driven by the Brazilian ‘pro-alcohol (ethanol) program’, which aimed to replace ethanol with gasoline as a fuel for motor vehicles. In 1981, with the decrease of investments in the sugar-ethanol industry, the company developed a line of instruments for processes control, allowing its growth in other industrial sectors in Brazil.

In 1986 the company expanded to the international market with technologically up-to-date and competitive products. Smar dedicated international sales efforts initially in 1989 in the United States, and later in Europe.

Smar has become the largest manufacturer of process control instruments in Brazil. Currently, about a third of the company’s production is sold to the international market, acting in different industry segments as a supplier of products and solutions for the industrial automation market. 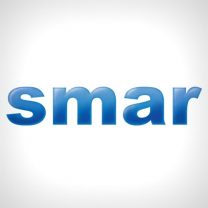