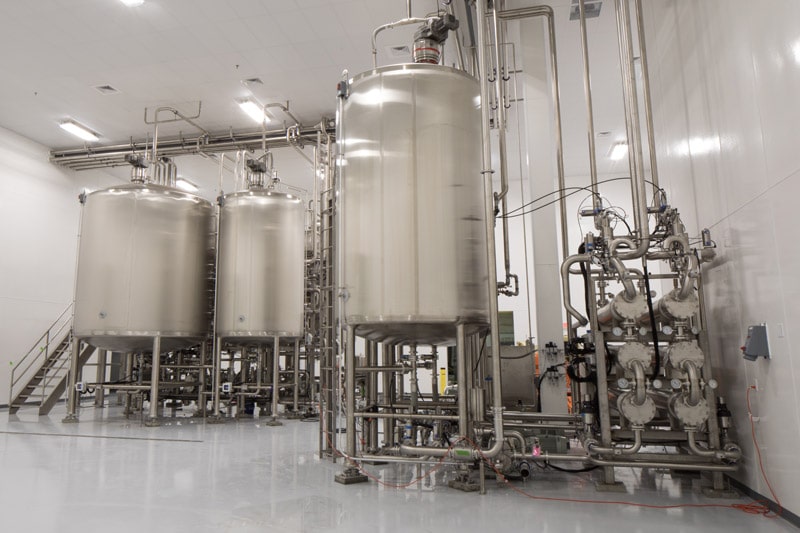 When Clarkson Soy first came to Paul Mueller Company, they were only inquiring about the tanks to use in a new facility expansion.

Clarkson Soy was the only organic, non-GMO soy and sunflower lecithin producer in North America in 2017. They were still manufacturing their products on the pilot plant they built 13 years ago and business was booming. Clarkson Soy knew they needed more capacity now and for growth in the future, but how to build that in their existing limited space, was the challenge. That’s where Paul Mueller Company came in.

When Clarkson Soy first came to Paul Mueller Company, they were only inquiring about the tanks to use in a new facility expansion. Their plan was to hire an outside general contractor to design, engineer and build the processing system. In discussions around the tanks, it became apparent to Clarkson Soy, that Mueller had the expertise to design, engineer and build the two processing systems, as well as install them and complete startup.

Not only did Paul Mueller Company produce the tanks needed to expand, they were able to build the processing skid, the piping and design, the process for installation in the existing space, as well as hook up utilities. Clarkson Soy is now well on their way to increased production and they are the owners of custom processing equipment to meet their goals, including a unique tanker unload system.

Paul Mueller Company is more than a stainless steel equipment manufacturer, we are a complete solutions provider. Our customers are looking to buy tanks – we have the expertise to design and build entire systems as well as installation and after-startup support. Mueller can take a growth or build concept for your business and turn it into a real life, workable system.