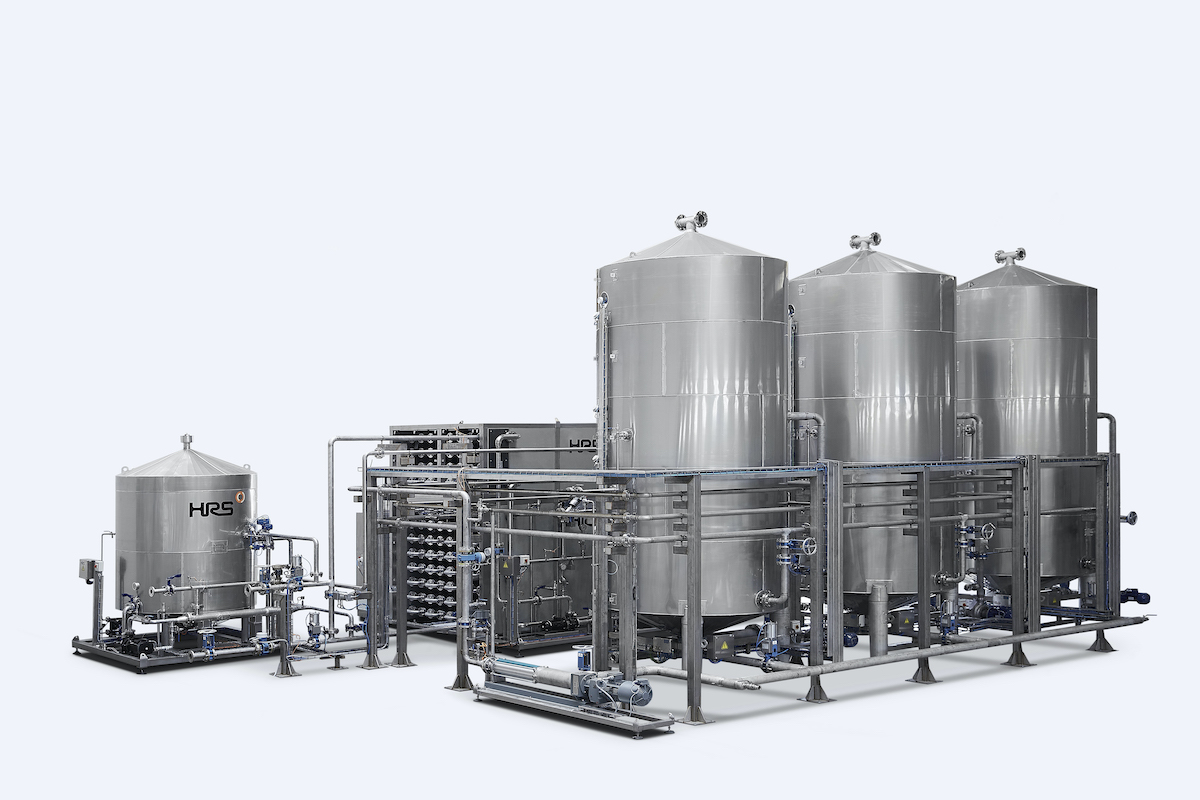 There are more than 650 operational anaerobic digestion (AD) plants in the UK, with a further 270 in development. However, a number of these plants have failed to perform in line with original predictions, leaving some operators and investors frustrated and disillusioned. However, the number of active investors, including companies taking on under-performing AD plants, shows that there is scope to turn these plants into exemplars of biogas production.

A number of dedicated AD plants in the UK are now approaching their twentieth birthday meaning that many major items are now due for servicing or replacement. Also, due to the difficulties involved, many digester tanks are not cleaned as frequently as they should be and any accumulation of inorganic material (such as grit and plastic) will severely limit digestion potential, as well as the operation of internal tank heating or mixing systems.

Anaerobic digestion involves a complex mixture of biological, chemical and mechanical processes – biogas plants are often compared to cow’s stomachs – and as such it is not surprising that problems can occur. Given that many plants are constructed by a number of different specialist suppliers (tank suppliers, control system engineers, CHP manufacturers, agricultural engineers, etc.), it is a testament to their developers and project managers that many plants work perfectly well. It is also important to remember that each plant is designed to a specific brief; for example, to process energy crop feedstocks. Over time diversification and a desire to capitalise on new markets may have resulted in changes to the way AD plants are managed, but if you are now processing food waste in a plant built for cattle slurry and maize, you may well be forcing the equipment to do something that it was not designed for.

That said, expansion and modification of an AD plant can be beneficial in many ways, from increasing the range of feedstocks processed to improving digestate management and increasing efficiency. It is important when undertaking such projects that expert advice is sought at all stages and that the integrity of the original plant is not compromised.

With so many potential areas for issues to occur, the first step in improving underperforming plants is often a forensic examination of the complete process, including reverse-engineering individual elements and inspecting all parts for cleanliness, wear and tear and general suitability.

Many older AD plants were built with internal heating elements in the digestion tanks, but there are a number of disadvantages to such an approach. Digestion tanks are an extremely harsh operating environment and often result in premature failure of heating pipes and other equipment. Also, as already discussed, emptying digestion tanks is a time consuming and expensive process, meaning that equipment such as heating elements is often not serviced as regularly as it might be, or that routine maintenance is not carried out. Also, when internal heating systems do fail, there is no alternative to draining the tank, making repairs or servicing much more expensive, both in terms of time and labour, but also lost production capacity.

The solution is to replace internal heating systems with external ones. Using a system based on heat exchangers, like the HRS DTI Series, takes cooler material as it enters the tank (or from the tank) and heats it using a source such as the CHP engine hot water loop, before passing the warmed product back into the tank. Not only does this make maintenance of the heating system much easier, but because the heat exchanger can be designed to minimise fouling of the tubes by the digestion material (in the case of the DTI Series, but using corrugated tubes), heat transfer is greatly improved and so the heating process is more efficient. Where waste heat from a different part of the process (for example from the CHP engine) is used for digester heating, the energy efficiency is further increased.

The biogas produced by AD plants is a mixture of compounds (of which methane is the most important), including water vapour. If water enters a CHP engine it can decrease its efficiency and lead to corrosion, resulting in reduced biogas yields and engine damage. Removing the water also removes a proportion of water-soluble gases such as hydrogen sulphide, ammonia and siloxanes. It can also increase the life of filters and less water in the engine’s fuel means less contamination of lubricating oil.

While some AD plants include condensate traps and ‘air conditioning’ type chillers, they often fail to remove sufficient water from the biogas mixture. In contrast, the HRS Biogas Dehumidification System (BDS) is specifically designed to remove the maximum amount of water vapour the minimum amount of additional energy. Rather than heating the biogas to dry it, the BDS uses condensation to remove water from the gas, and also includes a heat recovery section to further increase overall plant energy efficiency.

By reducing biogas temperatures from around 40°C to approximately 5-7°C, more than 90% of the water volume is condensed out of the gas. A chiller system supplies coolant which is transferred to heat exchangers: biogas flows on the product side of the exchanger, while the coolant flows on the service side. As the biogas cools, the water condenses from the gas, leaving a clean and dry biogas ideal for use in CHP engines. The heat recovery element means that the cold biogas is used to pre-cool any incoming biogas before entering the CHP. This reduces the load on the final cooling heat exchanger and recovers as much as 20 per cent of the energy needed for the process.

Increasing the value of digestate

Digestate represents a valuable income stream for many AD plant, but in order for its value as a renewable, environmentally friendly fertiliser and soil condition to be realised, digestate must be suitably treated and handled. Above all digestate must be viewed as a product rather than a waste stream.

If you are processing mixed food waste or other materials which require you to comply with Animal By-Products Regulations (ABP), then pasteurisation will be required. Similarly, PAS110 and the AD Quality Protocol (ADQP) prescribe the criteria for quality digestate output from an AD processing plant and the conditions under which it can be utilised as a product rather than a waste material. Even where only energy crops and/or manures are used as feedstock, pasteurisation is seen by many as an important process to prevent the spread of plant diseases where digestate is used as a fertiliser.

Pasteurisation can be an energy intensive process, so it is important that  it is performed in the most cost-effective way. The HRS Digestate Pasteurisation System (DPS) is commonly based on the three-tank system, so that while one tank is being filled, the second tank holds the digestate above 70°C, and at the same time as the third tank is being emptied. However, two tank systems are also available for smaller units.

In contrast, traditional systems which heat the digestate in a tank using a heating jacket and then dump the heat afterwards. The HRS DPS employs energy recovery and is typically two- to three-times more efficient. Once the digestate has been treated, the system works in reverse, transferring the heat energy from the hot digestate to the water, and heating the incoming digestate. By transferring energy from the hotter (pasteurised) digestate to the colder (unpasteurised) digestate, energy consumption is reduced by up to 70%, maximising heat which would have otherwise been wasted.

As well as pasteurisation, the nutrient content of digestate can be increased, and the storage and transport requirements reduced, by using a concentration method. In addition, preventing potential ammonia emissions from digestate and AD is increasingly seen as essential to enabling a sustainable biogas industry while also meeting the UK’s climate change targets. Using the HRS Digestate Concentration System (DCS) can deliver all of these benefits.

The HRS DCS uses evaporation to reduce the overall quantity of digestate by 60- 80%, greatly reducing associated storage requirements and transport costs. The system includes measures to retain the valuable nutrients in the digestate and reduce ammonia emissions, while the evaporated water can be condensed and reused. In many cases the captured water is added back to the feedstock as it enters the digester, making the entire process almost self-sufficient in terms of water use and eliminating liquid discharges from the plant. After concentration, the treated digestate can contain up to 20% dry solids, making it much easier to transport and handle. As with HRS pasteurisers, as much heat as possible is recaptured and re-used in the process.

Efficiency solutions for all scales

Whether you simply want to improve the efficiency of your digester by using more waste heat from your CHP, or whether your plant is ready for a major upgrade, HRS Heat Exchangers has a wide range of heat exchanger products and dedicated AD systems to help boost the energy efficiency of your plant. We can help you cut your energy bills, increase the life of your equipment and event help to deal with challenges such as reducing ammonia emissions from digestate. Our heat exchanger systems have been used in wastewater, food and agricultural AD plants across the UK and Europe, and have a proven track record.

For more information on our dedicated AD systems, please visit www.hrs-heatexchangers.com or talk to us today.

HRS Heat Exchangers is part of the HRS Group which operates at the forefront of thermal technology, offering innovative heat transfer solutions worldwide across a diverse range of industries. With more than 40 years’ experience in the food and ...