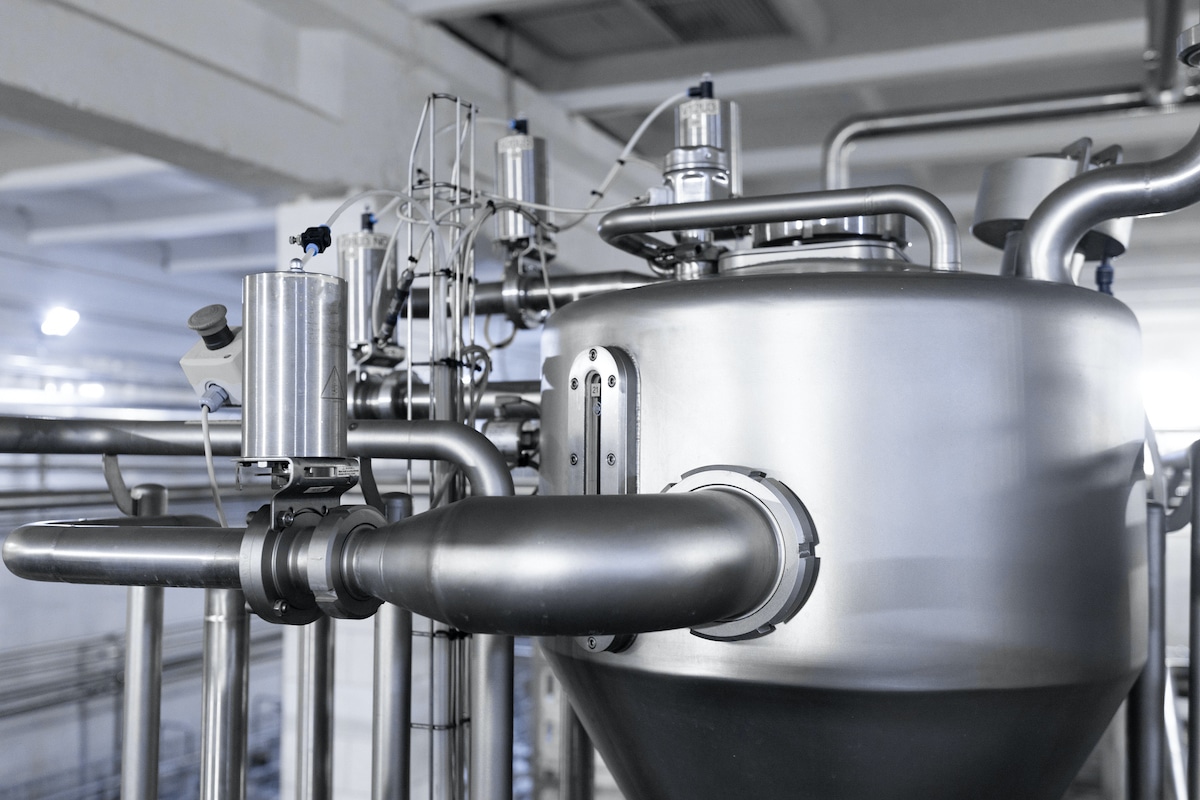 Brewing companies face an ongoing challenge to reduce the amount of water consumed in their processes and must constantly seek new ways of achieving, and surpassing, their environmental impact targets. However, many brewers may be unaware that they could achieve a step-change in their Water Use Ratio (WUR) simply by rethinking their pump sealing plans, says Rebecca Clubbe of AESSEAL.

The brewing industry has made significant progress in its efforts to move from a take-use-discharge approach in its production processes, to what Nick Martin, Executive Director of the Beverage Industry Environmental Roundtable (BIER), calls ‘water circularity thinking’.

They reduced their WUR – the metric which measures the ratio between the total litres of water used to produce one litre of end product – from 3.68 L/L in 2013 to 3.35 L/L in 2017. This amounts to around 27 billion litres of water saved, or almost 11,000 Olympic swimming pools, over this period.

This is a positive sign that the industry is open to investigating and implementing methods of reducing water consumption at every stage of the brewing process, from milling to carbonation.

Much of this effort understandably focuses on the more evident opportunities to minimise consumption, for example in high-use cleaning and cooling processes.

However, if brewers focus their sights on their pump systems, and in particular the way the pump seal support system is configured, they could achieve a sizeable reduction in their WUR.

These dual seals require a secondary fluid which acts as a barrier between the seal faces, keeping them cool and lubricated to prevent overheating, dry-running and eventual seal failure.

This supply of secondary liquid is supplied to the inner and outer seal faces via an American Petroleum Institute (API) designated piping plan – API Plan 55 – at a rate of 1.5 gallons (6.8 litres) per minute. Often this flush water goes down the drain at the end of the cycle – a substantial waste.

Most breweries would assert their commitment to combatting the global water crisis.

Yet what they may not be aware of is that, by replacing the API Plan 55 pump sealing plan with an advanced water management system, they can transform their environmental commitment into a quantifiable reduction in their WUR, while at the same benefiting from improved pump reliability, better operational efficiency and reduced costs.

These ‘continuous loop’ water management systems employ a modified API Plan 53-A seal support system. This isolates cool, clean water in a vessel and recirculates it to the seal faces, using an internal flow inducer and/or through thermal convection, in a continuous circuit. Less than a teaspoonful of fluid is lost in the process, mostly in the form of vapour, all but eliminating waste.

For example, based on data averages in the BIER benchmarking study, one brewery producing 221,108 kilolitres of beer reduced its water consumption from 740,812 litres to 669,268 litres by employing a continuous loop water management system on 25 pumps. This corresponded to a roughly 10% reduction in WUR.

A water management system also removes the risk of mechanical seal faces becoming contaminated by abrasive process fluids such as mash and wort.

The inner faces of mechanical seals are precision lapped to one helium light band, with one face rotating against the stationary seal face. The face set is spring energised, and hydraulic closing forces create a thin fluid film between the faces. However, if the water buffer is pressurised lower than the process fluid, this abrasive mix becomes the fluid film. Inevitably, this eventually cross contaminates the secondary buffer seal. Mechanical seal efficiency is compromised and Mean Time Between Failure (MTBF) reduced.

In a continuous loop system, the pressure of the water buffer is increased to achieve optimum barrier pressure across the seal faces and maintain a regulated supply of clean, cooling, lubricating fluid. Each seal therefore operates to its maximum potential, increasing its reliability and lifespan.

By extension, the pump also functions at optimum levels and the risk of failure and unscheduled downtime is reduced considerably, with inevitable financial benefits from this improved productivity.

Minimising the risk of contamination

The stringent adherence to hygiene and clean in place (CIP) requirements demanded by the beverage industry is an ongoing challenge for even the most meticulously maintained brewery.

The traditional seal support fluid vessel is one of the worst offenders for harbouring dirt and breeding bacteria in its interior, often undetected due to its inherently enclosed design.

However, advanced continuous loop water management systems, such as the AESSEAL SW Range™ have the option of a simple, low-cost seal support vessel, EasyClean™, which enables easy inspection and cleaning.

This self-filling unit incorporates internal filler welds to eliminate bug traps and a detachable lower section with a quick-release clamp, which allows it to be easily removed. Easy visibility into the interior means residue is captured before it can become a breeding ground for bacteria, and cleaning is hassle free.

Water Use Ratio is an important metric to the beverage industry and an opportunity to yield an improvement of 10% on just 25 pump applications should be incentive enough to consider upgrading to an advanced continuous water loop seal support system.

However, with the added value of improved pump reliability, operational efficiency and enhanced CIP procedures, making this decision should be not only a matter of environmental necessity, but of common sense too.

Welcome to AESSEAL® : A specialist in the design and manufacture of mechanical seals and support systems. Our Mechanical Seals are used in a wide range of pumps and rotating equipment worldwide to prevent liquids and gases escaping into the environment. We manufacture mechanical seal types to suit all industries and our investment in modular design ...

Cardboard Manufacturer Sees ROI in Less Than a Month