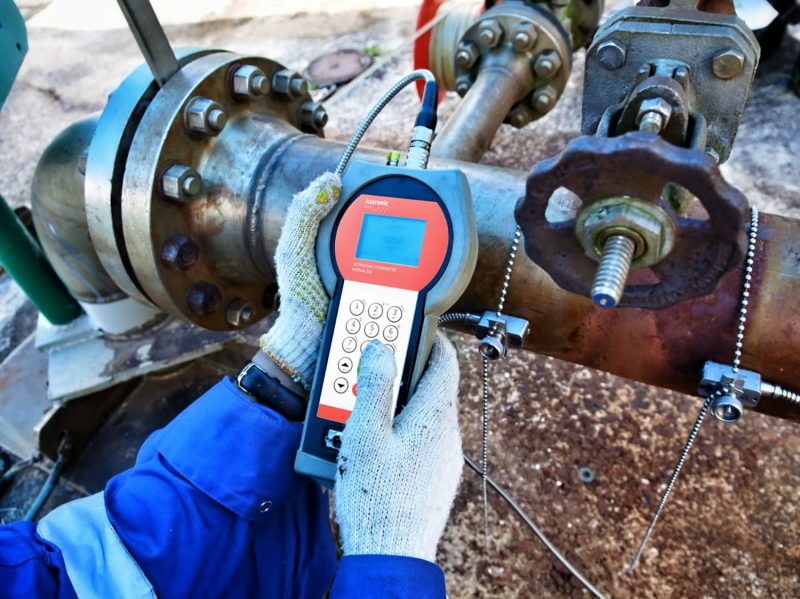 First water well drilling company in Indonesia is using a Katronic portable flowmeter to reliably measure debit of water from a well to monitor pump performance.

SUPRA International Indonesia is the leading Indonesian water well drilling company, helping government, businesses and individuals to manage underground water throughout the region. A non-invasive, clamp-on Katronic KATflow 200 portable ultrasonic flowmeter is helping them to accomplish one of their key tasks – reliably measuring debit (offtake) of water from a well to monitor pump performance and optimise the well’s efficiency. As a business, SUPRA International Indonesia say that they redefine water well drilling in Indonesia, and are committed to improving their service to their customers. Before they purchased the KATflow 200, they had to interrupt the process and introduce an orifice meter or V-notch weir and mechanical flowmeter to measure flow.

The Katronic meter requires only that two compact transducers are clamped to the outside of the pipe, transmitting ultrasonic pulses through the pipe wall and the water flowing through it. Each transducer both emits and receives pulses, the flow rate being calculated from the difference between the time taken for the pulse to travel ‘upstream’ and ‘downstream’ in the pipe.

Director of SUPRA International Indonesia, Aryanggi Iwan, said, ‘We used to use a conventional V-notch to test the debit of the water well, which took more time and led to higher costs than using the clamp-on Katronic flowmeter. We recently used the KATflow 200 to test water debit from water production wells of a gas company. They were really satisfied with the method because they could use their water well normally while we were measuring the flow’.

He went on, ‘The KATflow 200 came in an IP65 case with everything included, easy for set up. We can measure the debit ten times faster than the conventional method, with higher precision. We are the first water well drilling company in Indonesia to introduce this device, it really improves our service’.