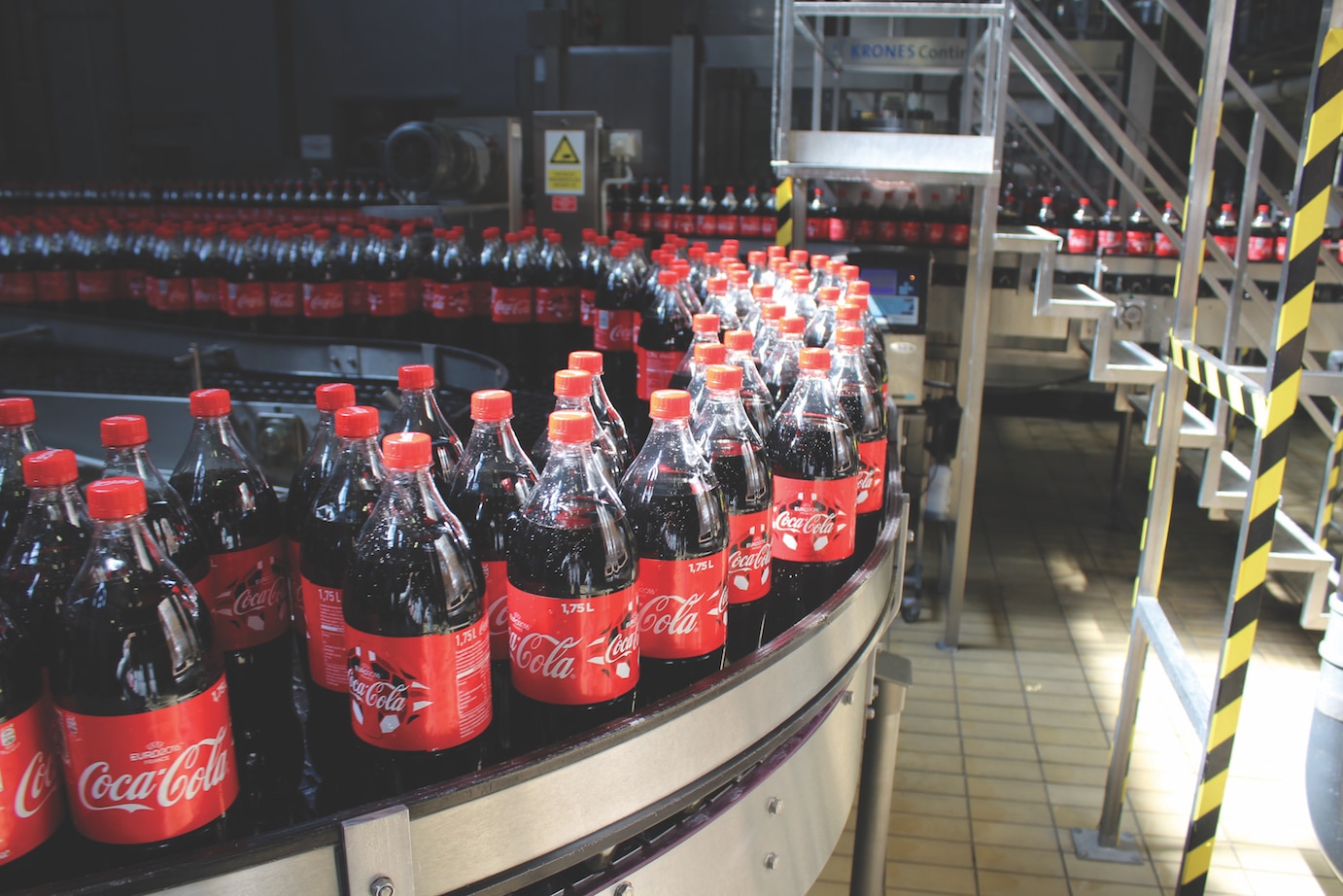 Product waste in food and beverage manufacturing has long been accepted as an unavoidable “cost of doing business.”

The problem with this mindset is that simply flushing or draining away raw ingredients or intermediate/finished products that remain in suction and discharge piping at the conclusion of production runs or during product changeovers is the same as watching money go down the drain.

The key, therefore, to turning product “waste” into product “recovery” – and, by extension, “profit” recovery – in these situations is identifying and deploying the most efficient and reliable pumping technology, one that can be trusted to strip suction and discharge lines of still useable raw materials and saleable end products. While such technologies as lobe, external circumferential piston (ECP), twin screw, centrifugal, hose and progressive cavity-style pumps have routinely been used in food and beverage manufacturing, their operational capabilities have been found wanting when it comes to optimizing product recovery.

A better, more reliable and more efficient choice is the Eccentric Disc Pump. The pump’s unique operating principle – a disc revolves on an eccentric plane within a circular channel – gives it the ability to function in a non-pulsing, low-slip manner with high volumetric consistency. Eccentric disc pumps are also able to pump air, which creates a vacuum effect on the suction side and a compressor effect on the discharge side, resulting in the ability to push a complete product “plug” out of the piping without the need for expensive pigging systems or other line-clearing solutions.

There are numerous instances where eccentric disc pumps have been introduced to food and beverage manufacturing operations with notable improvements in product-recovery rates and improved operational costs. Here are a few examples:

Bailly Lapierre, Saint-Bris-le-Vineaux, France, is one of the world’s preeminent producers of Crémant de Bourgogne, a white or rose sparkling wine made predominantly from Pinot Noir and Chardonnay grapes. When the winemaker recently decided to upgrade its facility with state-of-the-art equipment, it chose eccentric disc pumps for use in several of the winemaking stages. All of these stages require high, non-pulsing flow rates with strong volumetric consistency and minimal slip.

“Eccentric disc pumps have many benefits for us,” said Mathieu Cerveau, a cellarman at Bailly Lapierre. “We produce between four and five million bottles of wine each year, and an eccentric disc pump fills each and every one. We wouldn’t be able to operate without them. The high flow rates are a key feature; since we deal with big volumes of liquid, we need a big flow. Another great feature is the strong suction. Because the pump is located in the pressing area, it has to suck the liquid from a lower level and send it through about 40 meters of piping. This isn’t possible with some other pumps. Additionally, just as we have designed our presses to handle the grapes as gently as possible, we love the fact that eccentric disc pumps feature no excessive shear that puts friction on the wine. But the best benefit for us is the higher rate of product recovery. These pumps can completely drain all of the juice from the piping and from inside the tanks.”

The evolving combination of a strict manufacturing process and a change in the makeup and viscosity of finished ice cream products recently caused ice cream manufacturer Ysco, Langemark, Belgium, to question the use of centrifugal pumps in its operations. The higher viscosities required stable, non-pulsating flow and high volumetric consistency that centrifugal pumps just aren’t able to deliver, with the result being inefficient operation that would lead to excessive product waste. The solution was a seal-less eccentric disc pump that would reduce the risk of product contamination and leaks while maximizing product-recovery rates.

Optimizing product quality, operational sustainability and manufacturing costs are the driving forces at Coca-Cola’s Hellenic Bottling Company (HBC) plant in Dunaharaszti, Hungary. A key link in the facility’s production chain involves the unloading of tankers that are laden with the raw ingredients that will be transformed into popular drinks like Coke, Sprite, Nestea Iced Tea and Powerade sports drinks. Recently, the twin screw pumps tasked with these unloading responsibilities were having difficulty performing them without freezing up, which would delay the plant’s strict “just in time” production schedules. The solution: replacing the screw pumps with highly efficient and waste-averse eccentric disc pumps.

“The reliability of the equipment is very important because we provide high-quality products and to create them we need high-quality equipment,” said Zoltán Marincsák, Maintenance Manager for the Coca-Cola HBC Dunaharaszti facility. “With the eccentric disc pump, we eliminate waste, we reduce water and energy consumption, and our maintenance costs are reduced.

“Food safety is critical because it’s a hygienic industry and it’s very important that there are no seals where foreign material can enter the system, so the hygienic design of the eccentric disc pump is very important,” he said. “Although there was a strong argument to justify integrating the pump into the system, the key selling point was the recovery of pure concentrate and the contribution to the facility’s sustainability goals. There used to be more than 300 kilograms (660 pounds) left in the truck and pipe system with the old pump. With the eccentric disc pump, less than 100 kilograms (220 pounds) remain in the pump and the piping system. So, if we reduce waste by 200 kilograms per load and recover more than one ton, that saves thousands of euros.”

A large United States-based baked-goods manufacturer that produces nearly 600 products in its expansive manufacturing facility was having problems with a leaking pump. A circumferential piston pump that was being utilized to distribute chocolate coating over cookies was experiencing leaks every two weeks that would result in the loss of 100 pounds of coating and a time-consuming interruption in the production process. The problem was solved by replacing the ill-performing pump with a seal-less eccentric disc model outfitted with pressure and flow switches that would eliminate the leaks and improve operational efficiency.

By 2012, Surly Brewing, Brooklyn Center, MN, had grown into one of the nation’s most significant craft brewers, forcing it to upgrade and expand its manufacturing operation. The new beer-making equipment, along with Surly’s unique brewing method that does not involve any filtration, led to the search for a pumping technology that could steadily push the beer through the production process in an even, non-pulsating manner. Diaphragm and centrifugal pumps weren’t able to satisfy those operational demands, and rotary lobe pumps were too maintenance-intensive, but a satisfying solution was found in the eccentric disc pump.

“We’re seeing consistent yield increases with the eccentric disc pump,” said Surly’s Head Brewer. “We don’t need downtime. This pump just works and does what it’s supposed to do.”

With operational budgets tightening, food and beverage manufacturers would be wise to determine how much cost savings can be realized in targeted product recovery. The fulcrum in optimized product recovery is the pump that is used to transfer raw materials or finished products through the suction and discharge lines. The ultimate solution in this area has proven to be the eccentric disc pump, which, by its method of operation, offers the line-clearing and -stripping capabilities that other pump technologies can’t deliver, resulting in less product waste and improved cost-effectiveness.

Mouvex®, part of PSG, was established in 1906 by the engineer André Petit when he identified the challenges that gear and lobe pump users were facing in optimizing their process and invented the eccentric disc pump as a result. His successors have all followed in his footsteps, including his son Albert, who ran the company ...