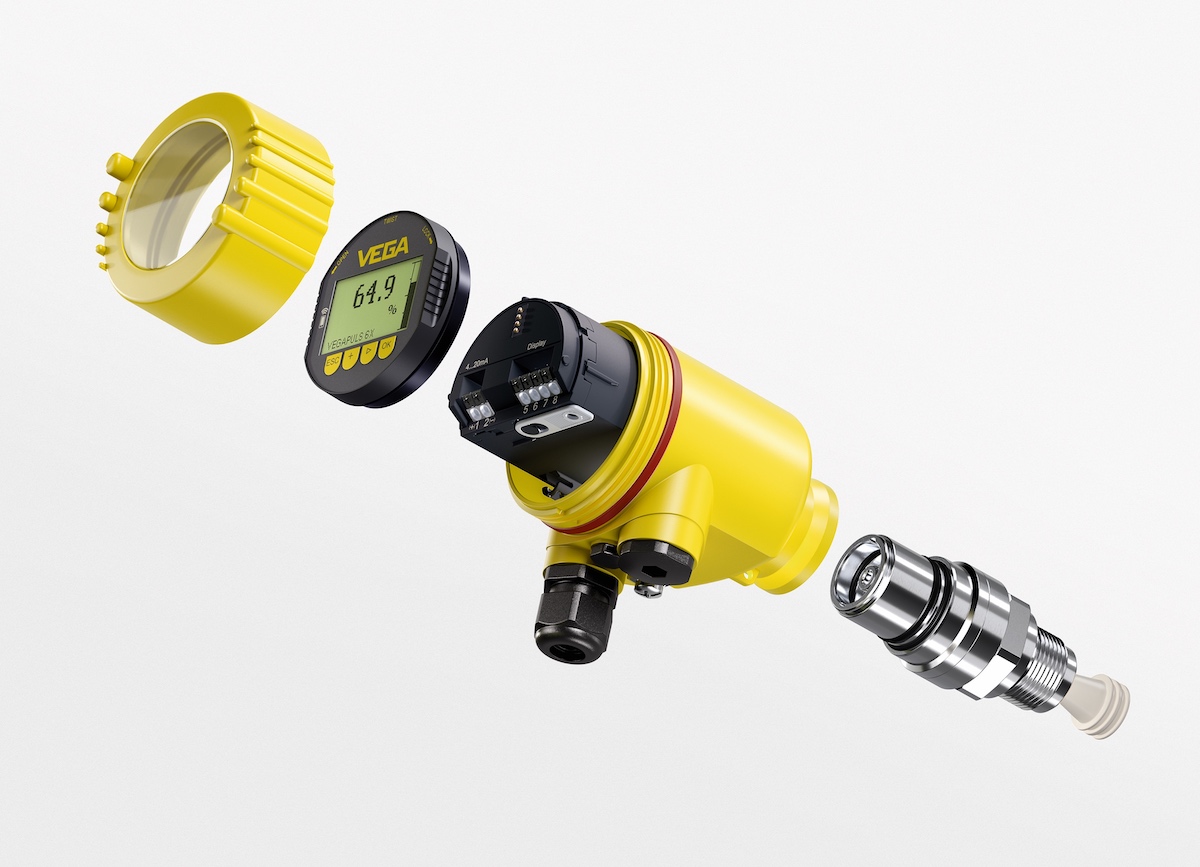 Natural gas production in the United States has been steadily increasing for almost a decade. This has been made possible by oil and gas companies that extract valuable hydrocarbons trapped deep underground. Once a well is sunk and made ready for production, companies such as Blue Racer Midstream process the unfiltered natural gas flowing from the well into usable products for refineries. VEGA measuring instruments support this process.

Oil and gas companies are strictly regulated − that’s why redundant measurements are required by law for many processes and applications. Among other things, this minimizes the risk of costly and dangerous environmental and health risks caused by tank leakage. Blue Racer Midstream operates a number of natural gas treatment and processing facilities in eastern Ohio and West Virginia. The company supplies a wide range of products that, thanks to the removal of impurities and foreign substances, exactly meet the specifications for pipelines. Blue Racer Midstream also places top priority on the health and safety of communities and the environment. The company is therefore committed to safe and environmentally friendly operations, supported by trustworthy measuring equipment and state-of-the-art technology.

Non-contact measurement thanks to 80-GHz radar

Before the purified products make their way through the pipeline, they are stored in large underground tanks. These tanks are only noticeable because their access pipes protrude about 30 to 60 cm out of the ground. It’s exactly at the top of these narrow pipes where VEGAPULS 6X radar sensors are installed.

VEGAPULS 6X is a radar level sensor that measures contactlessly with a very high signal frequency: 80 GHz. This higher frequency allows for a more focused signal. The sensor can therefore measure through very narrow openings, as is the case with the access pipes. Since more of the radar beam’s energy is focused on a smaller area, the antenna receives a stronger reflected signal from the product surface.

Due to their high dynamic range, the 80-GHz radar sensors are repeatedly setting new standards in detecting small, weak signals. Especially when it comes to measuring hydrocarbons. VEGAPULS 6X can detect practically all media in the petrochemical industry, from crude oil to liquid gas, with high reliability despite their poor reflective properties.

Solution for a difficult task

The crude gas is located deep underground in the Utica and Marcellus Shale plays. At one of its facilities, the company had used guided wave radar technology for all level measurements in the two underground storage tanks. Two sensors were mounted on each tank – one for continuous level measurement and one for a max. alarm, which shuts down the process to avoid overfilling.

The guided wave radar sensors used by Blue Racer Midstream in the storage tanks actually delivered correct level values despite the high mounting sockets and poor reflective properties of the natural gases. But because natural gas can be corrosive in these early stages of the process, these sensors had to be recalibrated or replaced regularly.

When the time came to replace the max. alarm sensors on each tank, VEGA suggested using contactless measurement with VEGAPULS 6X The strong focusing and exceptional sensitivity of the sensor ensures an accurate and reliable level measurement. The outstanding feature: This sensor uses the same process fittings on the top of the high sockets of the underground storage tanks – no modification was necessary, so the cost of replacement was minimal and project planning was simplified.

80 GHz has a positive effect when measuring liquids with small dielectric constants at the bottom of a vessel. The result is that even the lowest filling levels can still be measured reliably and accurately.

Blue Racer Midstream chose the new sensor with state-of-the-art technology and was not disappointed. The new VEGAPULS 6X sensors measure accurately and reliably despite the expected challenges of the natural gas storage tank. The measuring signal could be integrated into Blue Racer Midstream’s control system with no difficulty. Operators can now see the level in each storage tank at a glance.

Since each tank requires two sensors for the same measurement, operators were able to directly compare the performance of the new non-contact radar sensors with that of the original guided wave radar sensors. In this direct comparison, the accuracy of VEGA technology was totally convincing. As a result, Blue Racer Midstream began replacing the guided wave radar instruments with new VEGAPULS 6X radar sensors at all locations.

VEGA Grieshaber KG is a globally active manufacturer of process instrumentation. Its product portfolio extends from sensors for measurement of level, point level and pressure to equipment and software ...

Hats Off To Class 1 MCERTS Radar