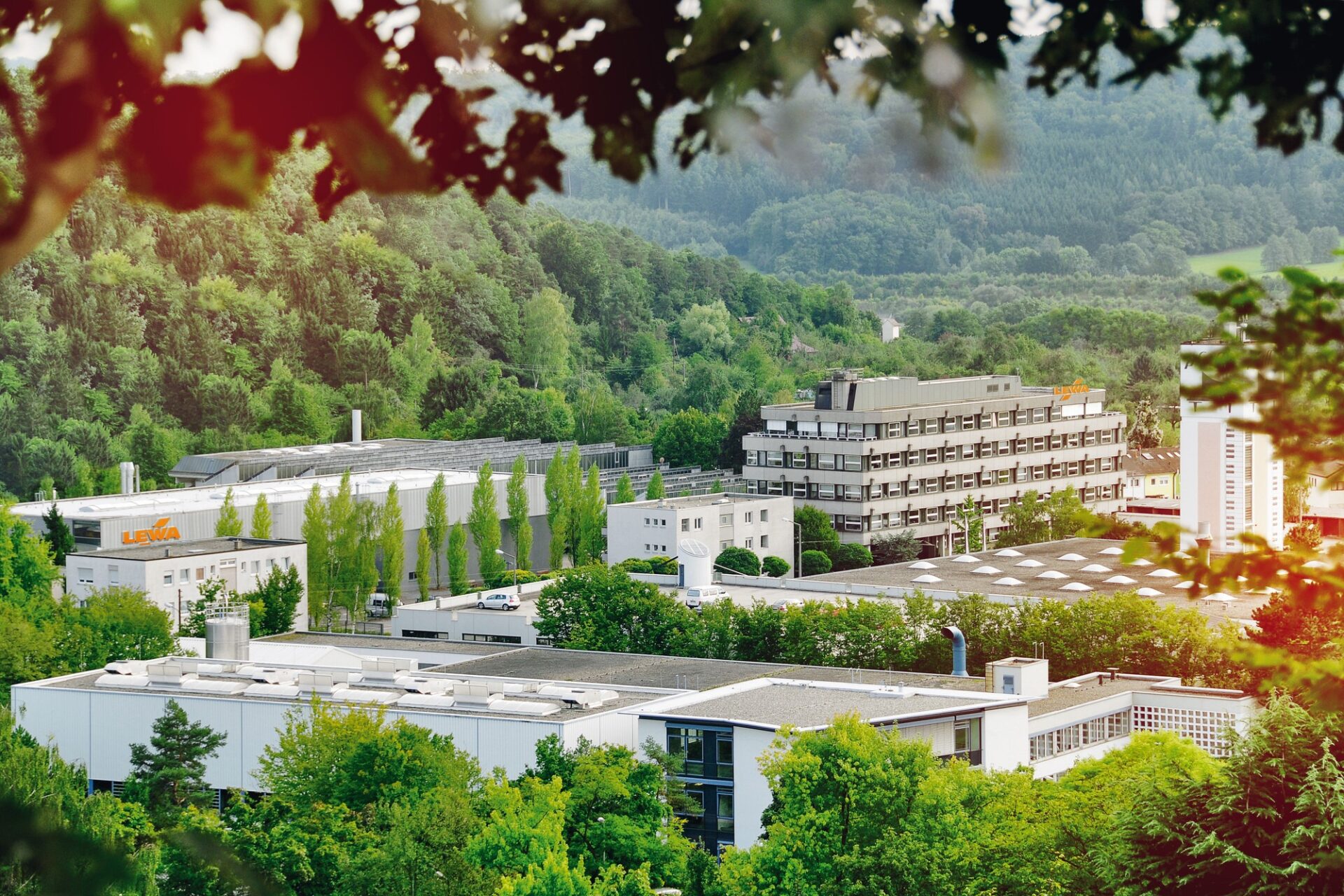 A semi-basement room in Leonberg near Stuttgart, a motorcycle as the company vehicle and DM 3,000 as seed capital – this is how the success story of LEWA GmbH began. Founded in 1952 as an engineering office for water treatment, LEWA developed into the world’s leading manufacturer of metering and process diaphragm pumps, as well as complete metering systems for process engineering within a few decades despite the difficult initial conditions. As an international group, the company now has 14 subsidiaries and 80 representatives worldwide. Together with the new owner Atlas Copco, LEWA will develop the pump business in the Power and Flow Division. Future technologies and applications will become an even greater focus of the company’s activities. For example, LEWA plans to focus on investing in green growth markets such as the hydrogen economy and closed-loop systems with its energy-efficient pump technologies and solutions. To this end, the headquarters in Leonberg will be expanded to create an innovation campus.

On February 1, 1952, the two 23-year-old engineers Herbert Ott and Rudolf Schestag, both displaced persons from Sudetenland, founded the engineering firm LEWAG (LEonberg WAsseraufbereitunG) with the aim of developing automatic fluid metering devices for water treatment technology. “The company’s early days were quite risky, however,” said Stefan Glasmeyer, CSO at LEWA. “They soon used up the seed capital of DM 3,000 provided by a relative and the only company vehicle – a motorcycle, which was used for the first delivery – also had to be sold.” But with persistence and inventiveness, the young entrepreneurs overcame the initial difficulties: in 1954, they applied for a patent for a rocker arm pump, which was followed by a series of other innovations.

With the introduction of a control technology division in 1959, the company moved into system engineering. In the early 1960s, it added diaphragm metering pump technology for process applications, which remains a core part of the portfolio today. “At that time, the company also moved to its current location and set up a research group to work out innovations in a structured way,” explained Dr. Martin Fiedler, COO of the LEWA Group. The research resulted in a patent for a leak-indicating four-layer sandwich diaphragm made of PTFE, which remains hermetically tight even if damaged, in 1968. It is still an important component in LEWA diaphragm pumps today. To enhance the company’s presence abroad, LEWA also established sales companies as of the end of the 1960s; the first ones in Austria and the USA in 1968. Today, the company has 14 subsidiaries, plus representatives and sales offices in more than 80 countries worldwide.

Focusing on its core competence, LEWA continuously improved its products: in 1973, another milestone in the company’s history followed when its M500 pump heads were patented. These are diaphragm pump heads which, thanks to a new type of diaphragm position control, offer maximum operational reliability even with difficult fluids such as suspensions or highly viscous fluids. By the early 2000s, three more pump models had joined them. “We have had LEWA triplex process diaphragm pumps in our portfolio since 1984,” said Glasmeyer. “They take into account the increasingly rigorous environmental protection and safety requirements.” In 1990, the LEWA ecodos series of metering diaphragm pumps for use in the low-pressure range was added, followed in 2003 by the innovative modular system of the LEWA ecoflow pump series with a Diaphragm Protection System (DPS) for universal and operationally safe handling of hazardous, environmentally harmful and high-viscosity media. One year later, LEWA delivered the world’s largest process diaphragm pump, the G4T, to Norway.

Internationalization after change of ownership

After the family-owned company was taken over by Deutsche Beteiligungs AG (DBAG) in 2005, its market penetration and internationalization were further advanced. Since its acquisition by the Japanese high-tech company NIKKISO Co. Ltd. in 2009, LEWA has benefited from synergy effects, including cross-selling and joint distribution channels. In 2010, LEWA launched the ecosmart pump for cost-sensitive applications (more models will be added to the series in 2022), which was followed by the delivery of the world’s largest chemical injection package in 2015. From 2016 onward, the company’s headquarters in Leonberg expanded: “The construction of new factory buildings has created the infrastructure for future company growth,” explained Fiedler.

In the following years, LEWA successively increased its R&D share and further expanded its digital services to support plant operators in their transition to production in the digital factory. For example, a smart monitoring system was introduced that determines both the characteristic values and key performance indicators of LEWA ecoflow and LEWA triplex process diaphragm pumps. It is particularly suitable for critical applications in the chemical, pharmaceutical or food industries. “Since 2010, we have seen continuous growth, which has further strengthened the LEWA Group’s international positioning and local value creation,” said Glasmeyer. In this way, LEWA achieved an increase in sales of 7 percent per year on average to €251 million by 2020.

At present, the company’s strategic focus is primarily on sustainable applications. “We see great growth potential here, both in transition technologies such as gas, and in the circular economy or renewable energies such as hydrogen and their storage options,” explained Dr. Philipp Trunk, Senior Strategy Manager at LEWA. “The energy efficiency of our pump technology and greater digitalization and also remain concerns and challenges for us.” As a group of companies, LEWA has been part of the Atlas Copco Group since March and to take advantage of the opportunities offered by the new markets, is further expanding its Leonberg site. In the new owner’s Power and Flow Division , the LEWA Group is the foundation for developing the pump business. This will also include the NIKKISO Non-Seal pumps, and LEWA will remain responsible for their distribution. In addition, an innovation campus is currently being set up at the headquarters to bring all employees and functions that already work very closely together for product and application development closer together in terms of space as well. Through the creativity-promoting environment there, LEWA intends to position products and solutions more quickly and extensively in the market in the future.