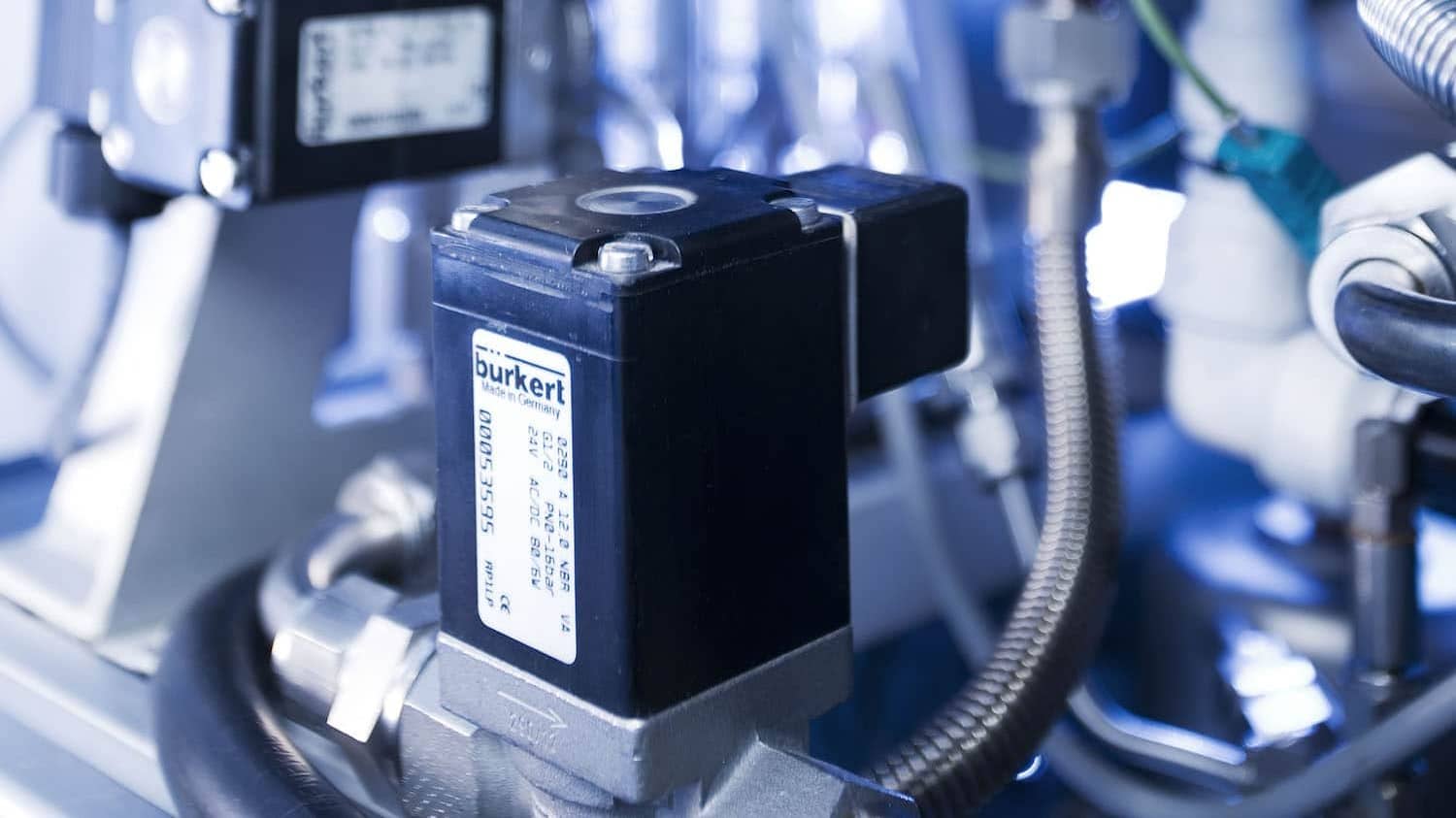 Fuel cells have been hailed as the energy source of the future; they can provide a non-polluting supply of power by re-combining hydrogen and oxygen to create electricity and water.

The chemistry sounds very simple, however creating a reliable, efficient and safe energy source requires considerable expertise, especially in the control of the fluids and gases that are involved in this exciting technology.

Tony Brennan, Field Segment Manager, Gas & Micro, at Bürkert, looks at the process in more detail, what is needed to develop the technology and make it more widely available.

Fuel cell technology has been around since 1839, when electrochemical energy was first produced by combining hydrogen and oxygen, with water as the only by-product. Since then, the idea has found some niche applications (space exploration for one) but has not been commercialised on a large scale. However, in recent years the market has embraced several different designs and manufacturers are working to fulfil the demand for potential ‘green energy’.

Fuel cells essentially convert electrochemical energy into electricity, heat and water. They make a very good proposition for combined heat and power (CHP) projects then; but, can also be scaled-down for use in mobile applications. Each cell contains two electrodes, the anode and the cathode, as well as the electrolyte which connects the two.

Hydrogen in gaseous form is fed to the anode, while oxygen is supplied to the cathode. The hydrogen fuel travels across the electrolyte, inducing a positive and negative charge, which generates the electrical current. When it is combined with the oxygen, it forms water, which needs to be drained away.

As the fuel, the hydrogen gas needs to be replenished, and there are several ways in which this can be accomplished. Together with the type of electrolyte, these two variations set out the differences between the five main types of fuel cell. Each one has it advantages and its challenges, but all of them require a high degree of control infrastructure to enable them to operate efficiently and reliably.

Accurate gas control is essential for the fuel cell to adapt to changing loads and this depends on understanding the hydrogen source and having a properly calibrated measurement system. Fuel cells that run using hydrogen-rich gas need to have a controlled outlet for the non-hydrogen components, otherwise the production of electricity will stop.

Some types of fuel cell require both the oxygen and the hydrogen to have steam mixed with them to keep the proton exchange membrane humid. The amount of steam required depends on the temperature and load on the fuel cell, which also affects the flow rate of the hydrogen and the oxygen.

In systems that operate with pressurised gases, it is essential for these pressures to be carefully controlled to prevent damage to the internal structures of the fuel cell. Depending on the type of fuel and the size of the fuel cell, a variety of proportional solenoids, pressure transducers and control valves can be used to adjust and maintain the required pressures within the fuel cell.

The steam generation process required to humidify the gases needs a control loop for ultra-pure water as well as a drain valve for the condensate. Without this, the fuel cell would fill up with water and eventually become inoperable. In some situations, the hydrogen gas may pass through a water quench instead of being mixed with steam. In this case, the level of the water must also be carefully controlled.

In addition, the water that is created by the electrochemical reaction also needs to be drained. The main challenge in all these situations is the corrosive nature of ultra-pure water, which means that material specifications for valve components and seals must be carefully considered.

Some large-scale and specialist applications for fuel cells have already been established and the technology is advancing at a steady pace. The focus now is on smaller, mobile arrangements along with the creation of a hydrogen fuel station network and the logistics of maintaining it.

Much of the research is carried out on test bench models, where the chemical and physical environments and operational conditions of the real applications can be recreated. This work requires just the same levels of control for the liquids and gases, as well as the ability to record all relevant data for analysis. In fact, it could be argued that the level of control should be more extensive that in the real-world application.

To create gas mixing and metering units, flow control and measurement equipment as well as additional safety shut-off valves, Bürkert draws on decades of experience and expertise. For those developing new hydrogen fuel cell technologies, both large and small, the ability to control and monitor all the parameters in the process accurately and reliably will certainly help to reach the clean energy solutions we are looking for.

This article is published by
Bürkert

The leading partner in fluid control systems for 70 years, we at Bürkert have been devoting a lot of time and energy to liquids and gases. And yet hardly a day goes by without new and exciting challenges which we gladly embrace — challenges that help us grow. Whether measuring or controlling, we’re fascinated by everything that flows. And without ...