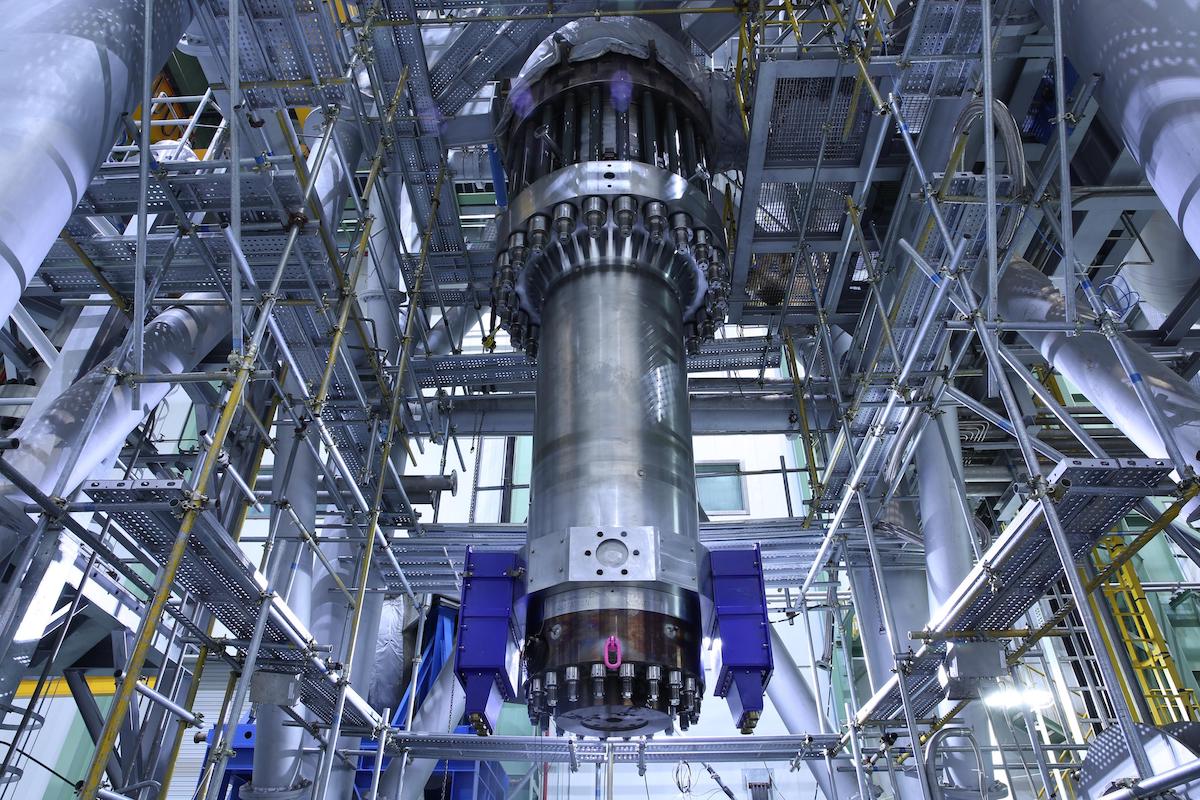 The Frankenthal-based pump and valve manufacturer has been awarded the certificate for its RUV reactor coolant pump allowing it to be used in the latest generation 3+ of Chinese nuclear power stations.

With one of the components of the Chinese energy mix being nuclear power, the country is planning to build numerous new power plants.

KSB has already received its first order for supplying five pumps to the Shidaowan nuclear power station. This is where the world’s currently largest reactor of the AP/CAP series will be built. One part of the order will be manufactured at the headquarters in Frankenthal, the other in Shanghai, the seat of the joint venture Shanghai Electric-KSB Nuclear Pumps & Valves Co., Ltd. (SEC-KSB).

The prototype of the RUV pump has successfully passed the demanding tests in Lingang (China) where it proved its continuous operating reliability, for example. All measured values met or even exceeded the official test specifications. In total the pump set was in operation for more than 700 hours, out of which more than 500 hours at a temperature of over 284 °C. In accordance with the test specifications the pump, which has a drive rating of about 7.5 megawatts, was started and stopped in excess of 550 times. When dismantled after testing, all components were in perfect condition.

“The successful certification is an important milestone for KSB following a development period of close to ten years. It underlines our position as a technology leader in the nuclear market. This is a good starting point for us in the growing Chinese energy market. We are expecting to receive orders that will safeguard jobs also in Germany,” says Dr Stephan Bross, member of Management of KSB SE & Co. KGaA.

Click here for related articles and news
Search for pump manufacturers in our equipment guide
This article is published by
KSB SE & Co. KGaA

KSB is a leading supplier of pumps, valves and related systems.

These are used in a large variety of applications ranging from building services, industry and water transport to waste water treatment and power plant processes. Founded in Frankenthal, Germany, in 1871, the company has a presence on all continents with its own ...