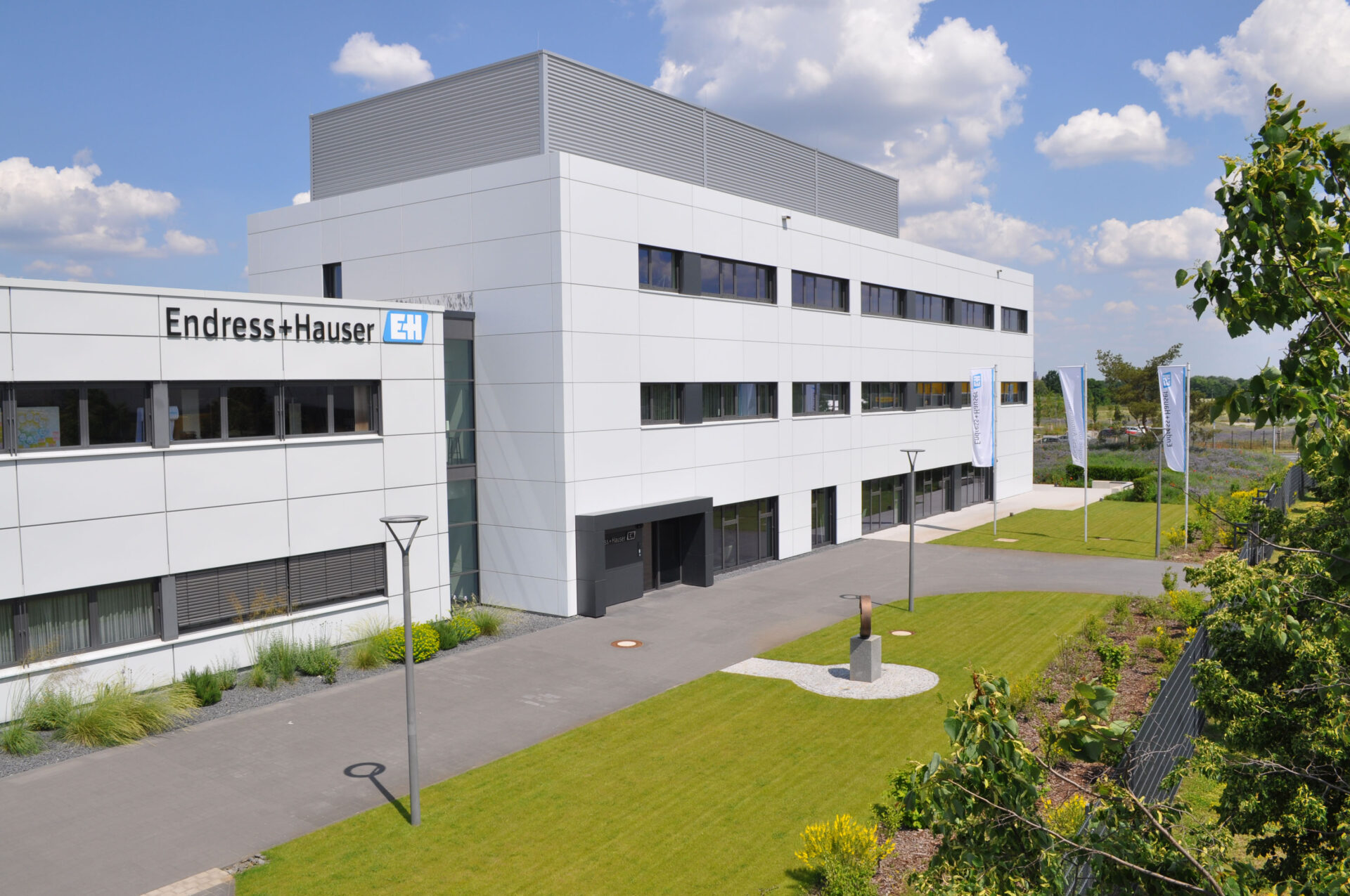 Endress+Hauser has expanded its center of competence for silicon pressure sensors in Stahnsdorf near Berlin, Germany at a cost of more than 12 million euros. A new production hall was added to the existing building to serve the growing demand for silicon pressure instrumentation. The expansion also includes a new office and laboratory building, as well as a large outdoor area and additional parking.

Endress+Hauser has been operating at the Stahnsdorf Technology Park since 2009, where the specialist for measurement and automation engineering bundled its production capacities for silicon pressure sensors, which are also developed directly on site, in 2018. The expansion doubles the floor space at the site to just under 11,000 square meters. Although construction was completed in 2019, the official opening was postponed due to the pandemic and took place on Friday 29 April 2022 in the presence of customers and partners as well as representatives from business and politics.

“Behind the development and manufacture of silicon sensors is a lot of knowledge. Endress+Hauser customers around the world benefit from many years of experience here in Stahnsdorf,” said Matthias Altendorf, CEO of the Endress+Hauser Group. The sensor elements manufactured in Stahnsdorf are important components in high-quality pressure instruments assembled at locations in Germany, the US, China, India and Brazil. Production takes place in clean rooms that meet the highest standards.

In 2021 around 375,000 sensor elements were produced in Stahnsdorf. Five years ago, this figure was not even half that. Increasing production capacity brings with it a corresponding need for personnel. “In 2017 we announced our plans to double the number of employees at the location over the coming years. And we kept that promise. We have since created and filled around 100 new positions, both in production and development,” said Martin Laqua, General Manager of Endress+Hauser in Stahnsdorf. “More people require more space. That’s why we not only expanded production but also set up additional office and laboratory workstations, meeting rooms and a staff restaurant.”

More than 5,500 square meters of planting areas with 200 trees and 5,000 shrubs and perennials make up the company’s outdoor facilities. The gardens bear the names Spreewald and Havelland and serve as meeting and break areas. “We wanted to offer our employees and guests a green atmosphere here, like in a park,” said Peter Selders, Managing Director of Endress+Hauser Level+Pressure. This intention was also confirmed by the jury of the Brandenburg Garden Competition: the facility, in which regional tree and shrub species were deliberately planted, received the 2021 award for the most beautiful garden in a commercial zone. The concept was designed and implemented by the local landscape architecture studio Marcel Adam.

Endress+Hauser is a global leader in measurement and automation technology for process and laboratory applications. The family company, headquartered in Reinach, Switzerland, achieved net sales of approximately 2.9 billion euros in 2021 with a total workforce of more than 15,000. Endress+Hauser devices, solutions and services are at home in many ...

#empowerthefield The Industry 4.0 Program of Endress+Hauser

#EmpowerTheField: The Industry 4.0 Program from Endress+Hauser

Endress+Hauser Lays the Groundwork For the Future