Maren Deal, with Brown and Caldwell, was hired to design the reliability and process improvements project at a 64 million gallons per day (MGD) wastewater treatment plant.

AFT Arrow was used extensively for the design and planning of the upgrades to the plant’s aeration system, as well as for the existing operation’s optimization.

As the largest wastewater treatment plant serving its surrounding area, this plant is the linchpin of the wastewater treatment system providing a backup to other neighboring plants in cases of heavy flows, construction related bypassing, or emergencies. Due to its essential nature, the plant had to remain in operation throughout the upgrade project. Aeration tanks were taken offline in groups to keep the plant operational, demolishing the existing air piping and diffusion equipment to be replaced by the new design.

“The ability to model the entire aeration system once and use it to answer multiple questions regarding sizing, equipment selection and construction sequencing was critical in allowing the client to make informed decisions for the long-term viability of the plant.”

The aeration tanks are part of a secondary biological nutrient removal process that uses naturally occurring microorganisms to biodegrade the organic matter in the wastewater. Air is fed to these tanks to provide oxygen to the microorganisms to speed up their breakdown of the organic matter and prevent the formation of unwanted byproducts. Therefore, it is important there is a constant adequate supply of air that is distributed to the tanks appropriately.

As the design-build construction process progressed, AFT Arrow models were used to determine in what quantity and order the aeration tanks should be taken offline and replaced. Blower replacements were also considered to meet the air demand of the new aeration tanks as they are constructed.

Figure 1 shows the existing aeration system. This project included the replacement of all 11 blowers and the aeration piping and instrumentation on all 28 aeration tanks. The manifold running through the plant was not resized, instead required only minor rehabilitation to correct known defects. This project also replaced aging equipment to create a more efficient system for better air control and distribution while anticipating potential plant expansions to treat more wastewater in the future as necessary.

The air demand required in the aeration tanks is determined by the amount of wastewater treated at the plant and the composition of that wastewater. The plant then meets this demand by determining a discharge pressure set point at the blowers that is high enough to deliver the desired amount of air.

When this project began, the existing system experienced issues and downtime due to the blowers experiencing surge conditions in hot temperature months. At surge conditions, the required pressure difference is too high for the blower to provide flow, often resulting in reverse flow and forcing the automatic shut-off of the blower to prevent long term damage. This surge issue was causing plant operations to fear that inadequate air would be available for the secondary treatment process. Since there were impending upgrades to overall system, the solution to this layover issue had to be cost effective and easy to implement.

An AFT Arrow model was developed for the entire original aeration system. This model was used to evaluate the existing blower operations at a discharge pressure set point of approximately 8.0 psi. Using AFT Arrow, Deal was able to determine whether it would be possible to lower the discharge pressure setpoint of the blowers to 7.2 psi, reducing the risk of surge conditions. The results of the model demonstrated that not only could you decrease the pressure setpoint, but this would also increase the air flow by 30,350 scfm which would equate to approximately 2.5 additional blowers (Figure 2).

Though decreasing the pressure setpoint was originally considered for implementation in conjunction with one of eight other options, the results of the model proved that it would be more than enough to provide the additional capacity needed and reduce the risk of surge conditions occurring in hot weather. Additionally, a cost analysis of the primary options determined that reducing the blower pressure setpoint saved the plant between $200,000 and $600,000 in capital and installation costs compared to the alternatives.

Deal said the ability to model the entire aeration system once and use it to answer multiple questions regarding sizing, equipment selection and construction sequencing was critical in allowing the client to make informed decisions for the long-term viability of the plant. AFT Arrow will continue to be used to evaluate the system with changing information and under different flow and treatment scenarios. Deal said AFT Arrow is a very versatile program and she looks forward to continuing to explore its uses in wastewater treatment.

Figure 1: The original aeration system which included three blower facilities with a total of 11 blowers that provide air to 28 aeration tanks around the plant. The yellow lines on the map show the air manifold connecting all of the air piping and blower facilities.

Founded in 1993, Applied Flow Technology has grown to be a leader in the pipe flow modeling software market. With a primary focus on developing high quality fluid flow analysis software, AFT has a comprehensive line of products for the analysis and design of piping and ducting systems. With channel partners around the world and customers in more ... 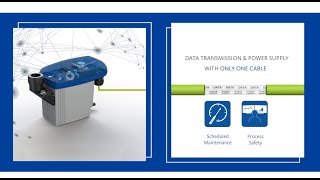