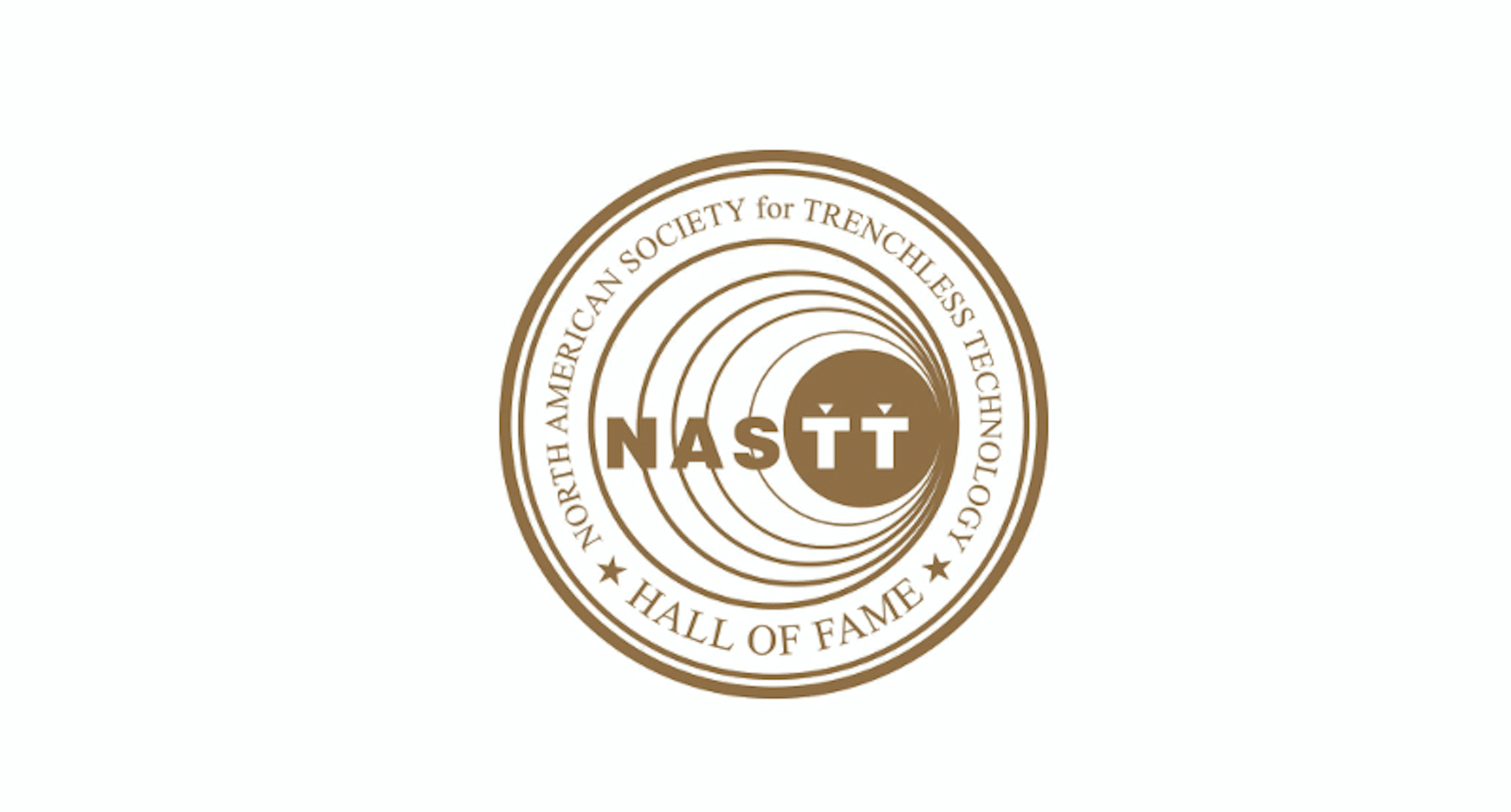 Tom Marti, Vice President of Engineering & Technology for Underground Solutions, and Lynn Osborn, former long-time Insituform employee, will be inducted and recognized during the 2020 No Dig Gala Awards dinner in April. The NASTT Hall of Fame recognizes the Society’s most outstanding and praiseworthy members. The inductees are nominated by their peers and a volunteer committee of industry leaders chooses the class.

Mr. Marti has been with Underground Solutions, an Aegion company, for more than 17 years and has been instrumental in the development of the Fusible PVC® pipe technology and related patents. He led the development of the tools for the training, handling and installation of Fusible PVC® pipe for both trenchless and conventional methods. His contributions expanded the possibilities for the construction of larger diameter, deeper and longer lengths of non-metallic pipelines in horizontal directional drilling crossing applications as well as for installations using sliplining and pipe bursting.

Mr. Osborn worked for Insituform, an Aegion company, for more than 30 years. He is among the pioneers who developed the cured-in-place pipe (CIPP) methodology and was part of the core group that developed the ASTM CIPP standards that are still being used by the industry. Throughout his tenure at Insituform, Mr. Osborn traveled across the world training Insituform crews on the CIPP process and educating municipalities on the benefits of trenchless technology. Since retiring from Aegion in 2014, Mr. Osborn has continued to share his expertise through leadership roles on various industry boards. In 2016, Mr. Osborn was named Trenchless Technology Person of the Year by Trenchless Technology, the premier magazine of the trenchless industry.

Charles R. Gordon, Aegion’s President and CEO, said, “These two employees have had a tremendous impact, not only at Aegion but also within the trenchless industry. Their technical expertise and influence continue to be a contributing factor to our leadership in this industry. We recognize that our success is a direct result of the pioneering spirit of our employees, such as Tom and Lynn, who have helped build the trenchless rehabilitation industry and we remain committed to continually improving our technologies and installation processes to better serve our customers.”

Aegion combines innovative technologies with market-leading expertise to maintain, rehabilitate and strengthen infrastructure around the world. Since 1971, the Company has played a pioneering role in finding transformational solutions to rehabilitate aging infrastructure, primarily pipelines in the wastewater, water, energy, mining and refining industries. ...