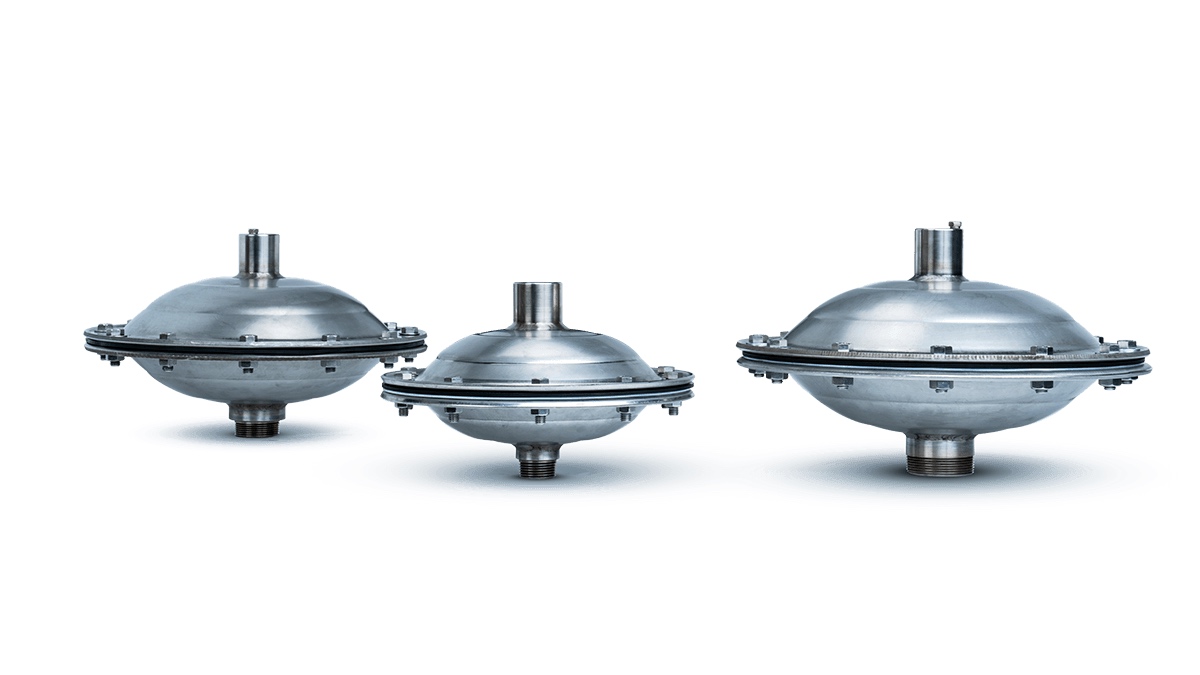 When looking to run an efficient and trouble-free operation, air-operated double-diaphragm (AODD) pump users must keep in mind the following three parameters:

The solution to these challenging pump conditions is the Wilden® Equalizer® Series Integral Surge Dampener (ISD). Available in plastic and metal models, the Equalizer ISD has been designed to integrate directly into the top of the pump’s manifold, removing the pressure variations and fluctuations that can result as the pumped liquid moves through the inlet toward the discharge.

The Equalizer ISD accomplishes this by creating a supplementary pumping action. By using a diaphragm as a separation membrane within the Equalizer, the Equalizer is able to trap a given volume of liquid on one side and pressurized air on the other. When the fluid pressure falls in the system, the Equalizer supplies additional pressure to the discharge line between pump strokes by displacing fluid via diaphragm movement. This movement provides the supplementary pumping action needed to virtually eliminate pressure variation and pulsation. In addition, operating off an air line that connects directly into an air regulator from the pump’s air line allows the Equalizer to run off the same pressure as the pump.

The resulting benefits are minimized pipe strain, reduced water/pipe hammer, lower levels of pipe noise or chatter, enhanced protection of inline equipment and lowered maintenance costs. The Equalizer ISD is available in three sizes – 13 mm (1/2″), 25 mm (1″) and 51 (2″) – and is available in a wide variety of materials – cast iron, 316 stainless steel, aluminum, polypropylene, PVDF, carbon-filled acetal, PFA and polyethylene, which enables it to be used in a wide range of temperature and chemical-compatibility conditions.

Learn more about the Wilden Equalizer ISD, as well as other AODD pump accessories
Related articles and news
This article is published by
WILDEN

Identifying the Best Pumps for Use in Corrugated-Box Manufacturing