To ensure IT security at Bell’s Brewery in Kalamazoo, Michigan, one of the largest craft breweries in the U.S., is fit for the future, three ‘highlight requirements’ had to be met in just one project.

Besides upgrading the control system, the server and the workstation operating systems, the database architecture was also fully updated. Working closely with the brewery’s IT team, ProLeiT was able to complete the whole project in just two weeks.

Bell’s Brewery was founded in 1983 in Kalamazoo, Michigan, and has been brewing its own beers since 1985. In 2003, Bell’s opened the Comstock brewery a few miles east of Kalamazoo. The company’s beer production was taken to a whole new level in 2012 with the launch of a brand-new 200-barrel brewhouse.

Together with the existing 50-barrel brewhouse, it enabled production to grow from 180,000 to half a million barrels per year. Bell’s currently brews eight beers for year-round distribution, as well as a range of seasonal and specialty beers. The company is now among the top ten largest independent, family-owned craft brewing companies in the country.

During a brewhouse expansion in Comstock in 2012, Bell’s Brewery decided to go with brewmaxx, a process control system specially developed by ProLeiT AG to meet the needs of breweries when automating, controlling and documenting their plant processes. Bell’s was so impressed with the new control system, that ProLeiT was subsequently commissioned to move the existing older brewhouse, the tank cooling system and the yeast propagation system over to the new control system. A third ‘pilot brewhouse’ (with a capacity of 15 barrels), set up to test new beers, was also implemented by ProLeiT in 2018.

The driving force behind the joint project, scheduled for early 2020, was the necessity to effectively meet future IT security challenges. Since 2015, Microsoft has only been offering extended support for the existing Windows 7 workstation operating system. The security updates for the program ceased – as announced – in January 2020. In a few years, the same fate awaits the server operating system ‘Microsoft Windows Server 2012’: Microsoft plans to end the respective security updates in 2023. After being made aware of these foreseeable security gaps by ProLeiT, Bell’s decided to comprehensively update its software: It was agreed that the necessary installation of new operating systems should also be used to update the software architecture of the entire plant to a new and more powerful level featuring extended functionalities and improved usability.

Together with the ProLeiT software engineers, a plan was devised in which three ‘highlight requirements’ for future control of the plant were met in just one project. Firstly, the workstation and server operating systems were to be upgraded to Windows 10 and Windows Server 2019 respectively. Secondly, it was planned to move the brewmaxx process control system from version 8.20 up to version 9.70. And thirdly, the changeover was to be accompanied by the introduction of the brewmaxx Batch Cockpit add-on, thereby enabling the brewery to improve the way it evaluates, processes and validates production data.

The work commissioned by Bell’s also became a sort of pilot project for ProLeiT. For instance, it was the first time that the new brewmaxx version 9.70 had been used for end-to-end process control. Moreover, ProLeiT wanted to further develop use of the MES software brewmaxx Integrate in conjunction with the Batch Cockpit add-on. brewmaxx Integrate enables the installation of a separate (MES) database on which essential information for evaluating process parameters and sequences is stored. Norbert Melber, ProLeiT Project Manager in Comstock: “By separating the data into two different databases, we were able to save the system from having to process large amounts of MES-irrelevant data. Further, with the help of the brewmaxx Integrate database, the customer can extract its own database reports from our system. This comprises, for example, company-wide tracking and tracing of various batches and a whole range of evaluation routines, including the comparison of various brews and beers.”

The customer had already provided the corresponding IT infrastructure, which made such a transfer possible in the first place, during the project preparation phase. Heinrich Junker, Head of Sales, Breweries & Alcoholic Beverages at ProLeiT: “Due to the existing business processes, we suggested to the project managers that they continue using local providers and their own – very competent – IT staff to equip and support the infrastructure. This allows Bell’s to act faster and more independently in its business environment.”

Both updating and re-implementing the operating and process control system as well as porting existing data into the new databases were planned for the period January to mid-February 2020. The plan was for production at the brewery facilities to return to its previous level at the end of the two-week project phase. Bell’s operating staff received relevant training at the set-up process control system prior to commissioning. Armed with these skills and knowledge, the customer was also assured of fast and comprehensive commissioning.

On Friday, January 31, the production facilities at the brewery were shut down. The existing controllers were then transferred to the new servers. While the planned upgrades for the existing plant engineering and the import of the short-term archive data from the old to the new production server was carried out within a few hours. The 200-barrel brewhouse was restarted on the Monday by the three-man implementation team, thus achieving its previous level of production in just three days. Over the following days, the smaller 50-barrel brewhouse, the pilot brewhouse and the cellar facility all returned to full production. Porting of archived data to a new archive server was implemented, as planned, at the beginning of March.

Transition from the old to the new system was particularly challenging in the cold room with its long-term and temperature-sensitive processes. In this area, the downtime had to be limited to less than eight hours to ensure correct and controlled cooling of the yeast and storage tanks. Melber: “The processes in the storage and fermentation tanks and the yeast propagation system were ‘left to do their own thing’ for less than five hours before being moved over to the new system. A length of time that was absolutely fine and ensured the company’s high product quality was never put at risk.”

Upgrading to the new process control system version as well as transferring and importing existing data from the old database to the new one, including successful data transfer of existing technical parameters and recipe structures/processes, took place step by step. Heinrich Junker: “During the two-week project, we were not only able to return the entire plant to the previous level of production, but also had sufficient time to perform tests and to adapt it to the customer’s needs. This enabled us, even when up against such a tight schedule, to guarantee full functionality of the plant under the new conditions.”

The customer was also delighted with the scheduled and extremely time-limited execution of the project. John Mallett, Vice President of operations for Bell’s: “When you consider the complex and extensive requirements that the project team had to meet, especially in view of the short time frame, we were very satisfied with how smoothly the changeover to the new software versions, the implementation of the new tools and the transfer of data from the old to the new system worked out. We are now able to guarantee the IT security of our operating systems for years to come and the established brewmaxx process control system has reached a new level of performance with version 9.70, especially with regard to the MES functionalities.”

Welcome to ProLeiT. If you are looking for state-of-the-art solutions for industrial automation, process control technology and Manufacturing Execution Systems (MES), then look no further. As an independent software manufacturer of the PLC-based process control systems Plant iT and brewmaxx, we support controllers from Siemens, Rockwell Automation and ... 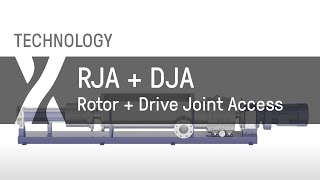