At its Goldach, Switzerland location, Froneri produces various types of ice cream and frozen products for well-known licensors. As part of its production optimization measures, for the monitoring of its mixing tanks the ice cream manufacturer replaced floating switches by Baumer sensors, namely the pressure sensor PBMN Flush and the level switch CleverLevel® LBFS. Their purpose is to issue a warning when a mixing tank is empty and to verify that the correct ingredients are in the tank. The increased measurement accuracy minimized production downtimes, ensuring that production proceeds at the highest efficiency levels.

Whether enjoying a day at the lake, as an after school reward, or a desert, an ice cream is one of life’s pleasures for children and adults alike. Some of the most popular types are produced by Froneri, a global ice cream manufacturer with 10,000 employees at locations across 20 countries producing a variety of icecream products ranging from dairy and water-based ice cream, via sorbet to organic ice cream in various shapes and flavors. Froneri operates as a long-term license partner of renowned companies such as Nestlé and Mondeléz. At its location in Goldach in St. Gallen, Switzerland, Froneri manufactures ice cream popsicles and cones for Mövenpick and Frisco brands on five production lines, including Pralinato, Rakete, and Cornetto as well as ice cream tubs for use in homes and restaurants.

The location produces up to 50 tons of ice cream daily in the off-season and almost double that in the peak season. The basic prerequisite for the manufacturing of such quantities of very popular ice cream flavors is efficient production, which is why Froneri optimized its process by replacing the float levers in the mixing tanks by two sensors of the Swiss sensor expert Baumer – the pressure sensor PBMN Flush and the level sensor CleverLevel® LBFS.

The use of the sensors considerably increased the precision of the measurements compared to the float levers – a notable increase in reliability for the manufacturer as it vastly reduces the risk of the system running on empty or faulty production runs. Downtimes due to these risks are thus a thing of the past, while overall system effectiveness is ensured.

The purpose of the mixing tanks is to combine the ice cream mass and the different flavors in precisely specified mixing proportions. Constant monitoring by sensors is essential to ensure that the outcome of the automated process complies with the high quality requirements. Froneri deliberately opted for a double solution consisting of a pressure and a level sensor. The sensors are attached to the bottom of the tank and their respective capacities complement each other perfectly. The level sensor CleverLevel® LBFS monitors the level of the tanks and issues a signal when the tank is empty. In addition, the LBFS also determines which medium is found in the tank and in this way verifies whether the correct mixture for the ice cream to be produced is used in the tank. This gives the operators an extra degree of reassurance that their production is proceeding error-free according to the specifications.

The additionally installed pressure sensor PBMN Flush with a cooling section, which is used as a heating section here, provides an even more accurate level measurement thanks to its precise pressure measurement across the entire temperature range, ensuring optimal control of the measurement task at all times.

As the Automation Supervisor at Froneri Switzerland, Serkan Sezgin is responsible for process automation in close cooperation with the production line managers. To him, Baumer is an important collaborating partner in every aspect of his work: “They understand our processes and provide excellent proactive recommendations“, said Sezgin. For example, using an additional pressure sensor was recommended by Baumer. Such expert input is very useful to us, also in this case – the precise sensors and the double safeguarding allowed us to significantly reduce our downtimes.

Froneri and Baumer have been collaborating for many years. Thomas Schneider, Product Market Manager at Baumer, is the contact person for Froneri. “It is important to us to not only sell individual products, but to maintain long-term partnerships with our customers as consultants and service providers“, said Schneider. This allows us to become more familiar with their needs and wishes and to use this knowledge to actively help them with any challenges and optimization measures.

Based on the many years of collaboration, many generations of sensors are already in use by Froneri. “It is a great advantage for us that Baumer sensors are 100 percent compliant with all applicable standards for food safety and hygiene“, said Sezgin. “It goes without saying that this is very important to us.”

Similarly, integration of the sensors in the systems proceeded according to the customer’s wishes. “The sensors are very easy to install and to handle“, said Sezgin. We have saved the parameterization on our server, which allows us to implement it quickly in case a sensor must be replaced at some time. This also allows Froneri to focus fully on the manufacturing of its ice cream – for the benefit of the many ice cream lovers around the world who are guaranteed to always have their favorite ice cream available at the highest quality.

In addition to the PBMN Flush and CleverLevel® LBFS sensors in its mixing tanks, Froneri also relies on Baumer sensors for its ice cream freezers: The pressure sensor CombiPress® PFMN monitors the pressure in the infeed line, while the CombiTemp® TFRN temperature sensor captures the temperature of the medium. Both sensors feature a touch screen display, which immediately shows the measured values. The colors of the display can be variably programmed, which is a great advantage. This way, it is apparent from a distance already whether production is proceeding as planned or whether intervention by a specialist is required.

The Baumer Group is one of the worldwide leading manufacturers of sensors, encoders, measuring instruments and components for automated image-processing. As an owner-managed family business, we employ about 2700 workers worldwide in 38 subsidiaries and 19 countries. Our customers include small, highly specialized plant and machine construction companies, ... 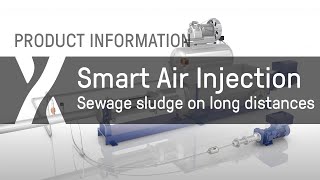 Switch On and Save SAI Goes Live on Air