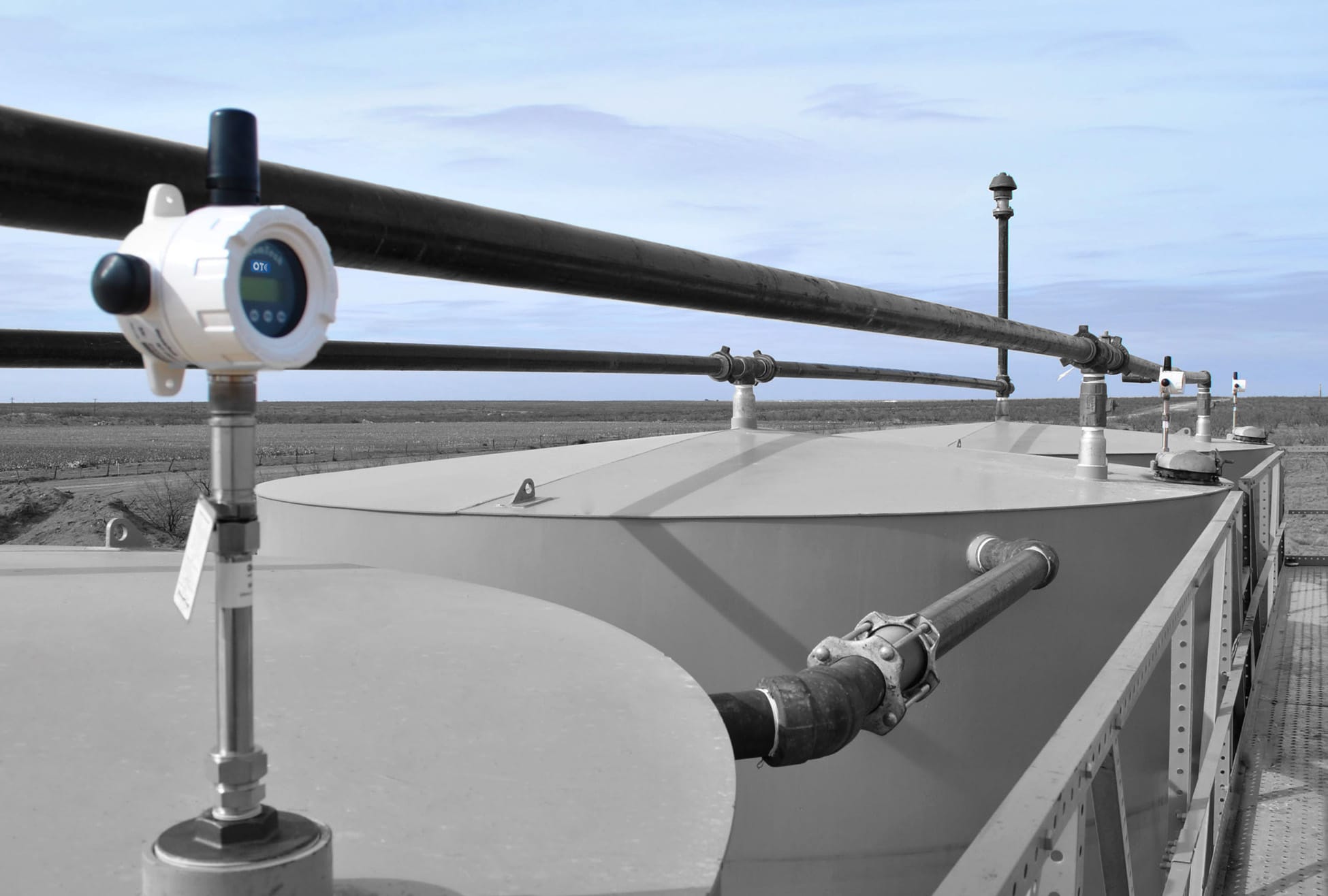 ATGs have been around for decades but few products have been trusted to the point of using the device as a de facto standard. With the right device, ATGs help increase overall production for the field, management, and the entire company which is the shared common goal for everyone.

In the oil and gas industry, hydraulic fracturing (fracking) along with horizontal drilling and the utilization of multi-well pads has allowed producers to maximize returns from each location. As a result, extremely large volumes of oil and liquids are being produced daily from each site. However, the multiphase flow characteristics of these unconventional wells make accurate tank gauging extremely challenging as wells will produce varying amounts of oil, water, condensates and natural gas components. Regardless, tank gauging is an essential element of inventory control and custody transfer, enabling any Blockchain strategy as well as having the ability to provide leak detection. Therefore, extremely reliable and accurate tank level measurement is essential to each producer’s operation. OleumTech Automatic Tank Gauging (ATG) provides a means to automate this process, allowing producers to reduce costs, maximize efficiency and provide a safer work environment for all employees.

Automatic Tank Gauging technology has now been around for a couple of decades, but few products have been trusted to the point of using the device as a de facto standard. The challenging process conditions make it extremely difficult to operate reliably enough to meet the expectations of the industry. Not only are these unconventional wells producing oil, water, condensates, and natural gas but they are also producing corrosive gases that can destroy level sensors in a matter of weeks.

With a trusted device, OleumTech ATGs provide a tremendous return on investment as well as a host of other benefits, including safety. However, what makes a device trusted? Recently, I had the opportunity to ask an automation technician at one of the world’s largest producers this very question. Before answering, he shared that prior to his current role, he was a production specialist focused on downhole applications. As part of his role, he worked in slop facilities which required taking the worst of the worst liquids and make them into good oil. Therefore, he had to understand fluid properties better than anyone. As a result, when looking at tanks compared to other people, he understands that the conditions of the tank have a significant impact on ATG performance.

By going through the investigation process and understanding exactly what is happening in the tanks, the device becomes proven and trusted over time. Therefore, when issues arise, the focus of evaluating root cause goes beyond the device. It allows companies to focus on the device last and eliminate everything else first, instead of running in circles, wasting time and resources. This approach also eliminates the undesirable potential of calibrating the device out of tolerance only to find when conditions stabilize and return back to favorable within the tank, the offset introduced becomes the actual issue.

During my conversation with the automation technician, he shared that they consider a failure more than just a failure. They categorize failures based on their own experience as defined below:

Automation is just one piece of the overall puzzle that can directly affect the efficiency of how companies produce on wells. With an ATG, while resources are still visiting the site, less time can be spent on the actual tank(s), providing for more time on equipment local to that site. As a result, OleumTech ATGs help increase the overall production for the field, management, and the entire company which should be the shared common goal for everyone involved.

OleumTech® is a leading manufacturer of wireless industrial automation, IoT, and machine-to-machine (M2M) solutions. For the past two decades, OleumTech has set the performance standards in M2M and IIoT communications with over 500,000 transmitters and 50,000 networks deployed.  Their versatile products are distributed globally in oil and gas, refining/petrochemical, ...