Engineering company Statiflo has won a top regional award for exporting excellence and is now in the running for a national accolade.

Statiflo, which has its headquarters in Macclesfield, branch operations in the US, Germany and Canada and distributor offices covering more than 50 countries, now goes through to the national British Chambers of Commerce Awards in December.

“Winning this honour gives us the chance to reflect on Gareth’s untimely passing, his tremendous contribution to the growth of the company and the wonderful legacy he has left behind,” said Paul.

“Gareth had such energy and passion for the business and was a driving force behind our success. His achievements over many years underpin this award.”

Statiflo is a world leader in the design and distribution of motionless mixing technology, including static mixers, gas dispersion systems and other process equipment. It supplies the water and wastewater treatment industries and the oil and gas, petrochemical, food and drink, pulp and paper and pharmaceutical sectors.

As well as typical processing industries, Statiflo’s equipment is also used in the production of everyday goods such as beer and wine, ice-cream, yoghurts, cosmetics and detergents, medicines, soft drinks, inks, nail varnish and hair dyes.

Most of Statiflo’s sales now come from overseas, and in 2020 the company was selected as an Export Champion for the Northern Powerhouse region.

The company currently exports to more than 80 countries and is growing its network of business partners, who distribute its products and provide advice and support to customers.

Since the start of the pandemic, Statiflo has significantly expanded its network, including in Germany, Italy, the Netherlands and the US.

Paul said: “Working through Covid and the changes resulting from Brexit has proved a challenge for all companies in every sector.

“Winning this award recognises the efforts of everyone in the business and how we have built, and continue to build, strong relationships across our supply chain.

“It also recognises the great job our business partners throughout the world have done supporting our export business and working through logistical issues. With their assistance, we have come through these challenges really well.

“We’re thrilled that Statiflo has been recognised with this honour and we look forward to representing the region at the British Chambers of Commerce Awards.”

Marc Sevitz, of VAT IT, a member of the judging panel, said: “Growing from humble beginnings, expanding to markets across the globe, the business is a fantastic demonstration of how perseverance and determination can create growth and opportunity.

“Reacting to the dual challenges of Brexit and the Covid-19 pandemic, Statiflo managed to weather the difficulties facing any company exporting in this time and thinking of new ideas and areas of growth.

“Developing technology which assists in tackling the significant environmental challenges faced at the moment and looking to expand on these solutions and systems going forward makes Statiflo deserved winners of the Export Excellence Award in 2021.”

Statiflo International is a world leader in the development and application of static mixers, flow conditioners and associated technologies, with thousands of customers in every process industry in over 80 countries. Our headquarters are located in Macclesfield in the north west of England. We also service industries throughout the world from offices ... 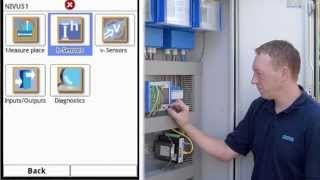 For more than 70 years Silverson has specialized in the manufacture of quality high shear mixers for processing and manufacturing industries worldwide. More info >