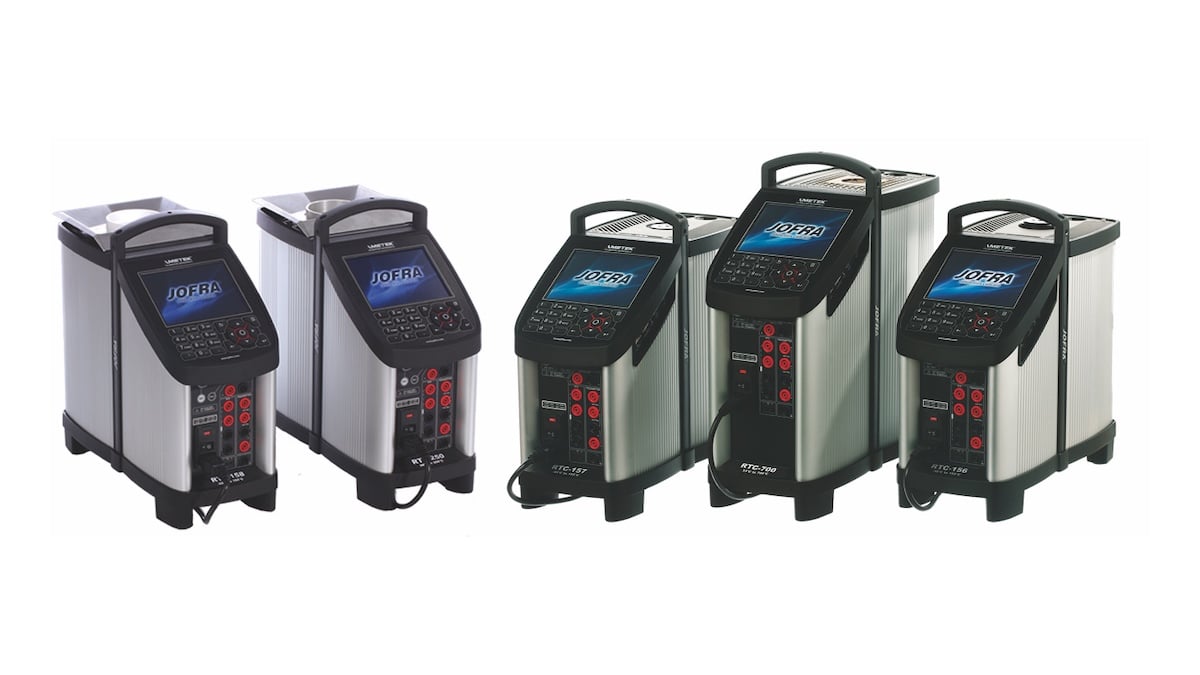 The accuracy, and therefore the success of a sensor, depends entirely on that sensor's latest calibration.

Because the sensor is dependent on another instrument, performing this calibration as accurately as possible is essential. When calibrating a temperature sensor using a dry-block or heat bath, potential sources for error introduction include temperature homogeneity, sensor geometry, age of the inserts used, and several other factors. In this article, we look at the most common error contributors in temperature calibration and outline how to avoid the worst of them to minimize calibration uncertainty.

Reducing Error Due to Thermal Load

Typically, temperature calibrator specifications are based on their performance while using only a low thermal load reference sensor. If faced with introducing anything other than a reference sensor in the insert, the calibrator’s performance may start to vary from its specifications. These adjustments can lead to inaccuracies when calibrating large-diameter sensors or multiple sensors at the same time. For example, a 10 mm sensor’s thermal load in a typical dry-block calibrator can easily lead to errors over 0.15°C.

Fortunately, reducing this error source, sometimes by a significant amount, is possible by employing an external reference. By placing a reference sensor into the insert with the unit under test, the sensor will indicate the insert’s temperature. This sensor now becomes the reference and may also be used as the controlling sensor. The reference sensor can be an independent sensor connected to an external handheld thermometer or preferably connected directly to the calibrator.

Reducing Error Due to Axial Gradient

The thermodynamics laws mean that even in a carefully controlled environment, the space around any heat source will contain a temperature gradient. Temperature calibration devices aim to minimize this spatial variation in temperature by any means possible; however, it is impossible to eliminate this. But, maximizing the temperature homogeneity in the volume of space around the sensor will reduce this error.

In an ideal world, we would only calibrate heat sensors in heat baths containing rapidly stirred low-viscosity fluid to achieve a very high-temperature homogeneity around the sensor. However, the size of heat baths, the safety issues associated with hot oil, and the potential to pollute sensors with silicone oil mean that heat baths are often not a practical solution for many applications. For these reasons, a dry-block calibrator is often the chosen solution when performing on-site calibration.

The most effective way of minimizing errors due to the axial gradient is to choose a calibrator with a dual-zone design with dynamic load compensation (DLC). Whereas many dry-block calibrators have only a single heating zone, dual-zone dry-block calibrators use two heating zones to compensate for heat loss. By embedding additional sensors within the insert, the temperature difference between the two zones can be measured continuously, allowing dynamic control over each heater’s thermal output, thus compensating for heat losses and minimizing the temperature gradient.

The result is a dry-block system that can inform the user of the internal temperature distribution and behave like a heat bath with regards to thermal homogeneity. The superior heat-distribution within DLC systems makes them perfectly suited to testing large-diameter sensors, and they can save time by enabling the calibration of multiple sensors simultaneously. Our tests show that the total uncertainty in sensor calibration (at a 95% confidence interval) can be reduced from 0.185°C to 0.034°C (see below uncertainty budget).

AMETEK is a leading global manufacturer of electronic instruments and electromechanical devices with annual sales of approximately $5 billion. AMETEK has 17,000 colleagues at more than 150 operating locations, and a global network of sales, service and support locations in 30 countries around the world. The AMETEK Growth Model combines its four ...

Water Cut Affects the Budget on Many Levels