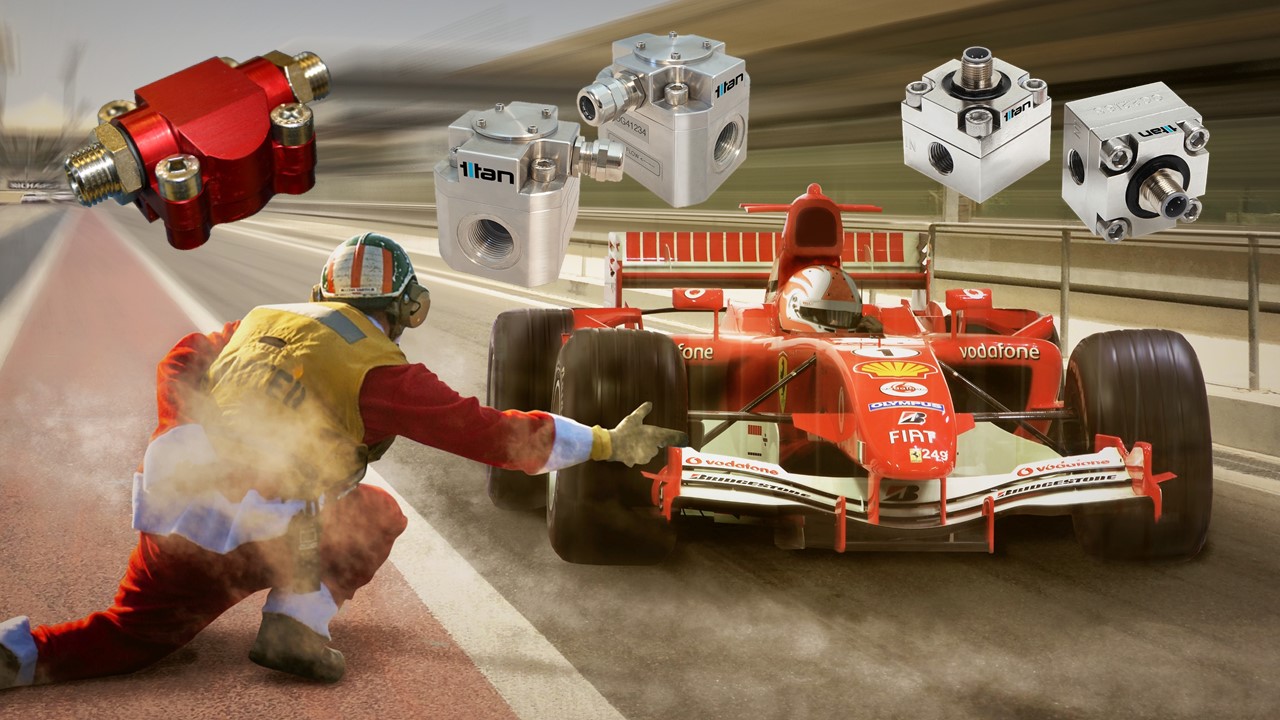 With increasing fuel prices, all sectors of the transport industry, from small trucks to larger super-tankers, are taking an interest in effective ways of measuring their vehicle’s fuel consumption and hydraulic oil flow.

Unfortunately, it’s not a simple task! Engine fuel consumption and efficiency generally goes unmonitored, the performance of a diesel power unit assessed from the manufacturer’s engine test figures and seldom checked again. Whilst vehicle manufacturers do spend a lot of time and effort checking the consumption figures for an engine, this is done on dedicated dynamometers and, later, with very sophisticated mobile setups.  These test systems are very costly and unsuitable for general use; on the other hand, a dashboard fuel gauge simply measures the fuel left in the tank, rather than the fuel consumed by the engine.

Metering fuel consumption can be achieved using positive displacement flow measuring devices such as Oval Gear flowmeters. However, differing results in flow meter accuracy and error rates can be seen depending on a number of factors. For example, an increase in the return fuel temperature will affect the density and viscosity of the diesel and, on a poorly maintained engine, it may even contain combustion gases or air. A small amount of this may make the engine look very efficient, as apparently more of the fuel is being returned to the tank and less used.  The density change alone could easily result in a 1% change in volume if the return diesel is around 25°C higher than the supply from the fuel tank.

The choice of flow computer is critical; it must have flowmeter linearization on both channels as well as the ability to perform density corrections using pre-determined fuel characteristics, together with fuel flow and return temperature measurements.  The flow sensors should, preferably, be positive displacement types and they must be very repeatable; certainly better than ±0.1%. If the flow sensors have ±0.1% repeatability and built-in temperature measurement, density and flowmeter temperature correction are then performed to give a more precise result.

As indicated previously, if the condition of the engine is not in good running order, the return line could contain spurious amounts of gas which would increase the apparent volume of the return flow.  An engine flow measurement system installed and correctly monitored could be a useful indicator of engine decline or other anomalies in the fuel system. So, although installing a fuel flow measuring system is not simple, it can be achieved with careful consideration of all flow parameters.

In 1986, Titan was approached by the Virgin Atlantic Challenger II team.  They were searching for a flowmeter manufacturer who could supply a device to measure their fuel consumption on their Trans-Atlantic Blue Riband attempt.  The engine manufacturers had put severe restrictions on the permissible pressure drop in the fuel lines to guarantee the engine performance. Calculations suggested a venturi meter would have a low enough pressure loss but the dynamic flow range would be insufficient for the overall engine fuel usage.  To solve the problem Titan inserted one of its Pelton wheels as a type of undershot water wheel into the throat of the venturi.  This proved to have an acceptable overall pressure loss and excellent linearity. Richard Branson completed the crossing in the Virgin Atlantic Challenger II, in three days, eight hours and 31 minutes, beating the 1952 record set by the United States.

Titan had been supplying flow meters to high-performance vehicle and power train manufacturers for a number of years, measuring engine and hydraulic oil both in-vehicle and on the test bench. In 2014, Titan was approached by a Formula 1 racing team to design bespoke flowmeters for two very niche applications:  direct fuel and engine oil flow measurements were required for the F1 racing cars. For the fuel system, Titan developed an ultra-lightweight oval gear meter capable of being safely housed inside the fuel tank itself and submerged in the fuel.

F1 vehicles typically run without cooling fans so measuring the oil flow on engine test required a flowmeter accurate to 200oC with no undue pressure drop. Using the inherent very low-pressure drop of their oval gear flow meter design, Titan produced a 200°C, 50 L/minute flow meter with a pressure drop of less than 100bar utilizing specially manufactured oval gears specific to the application. Both modified flow measurement designs provided accurate flow measurement whilst housed directly in or around the noisy electrical environment of the F1 vehicle.

For everything from generators, boats, high-performance vehicles, and trains through to hydraulic packs and even microlights, Titan works with their OEMs to find viable solutions for fuel consumption issues, delivering accurate and reliable results.

Ahead of the Curve: Titan Enterprises Celebrates Over 40 Years of Innovation