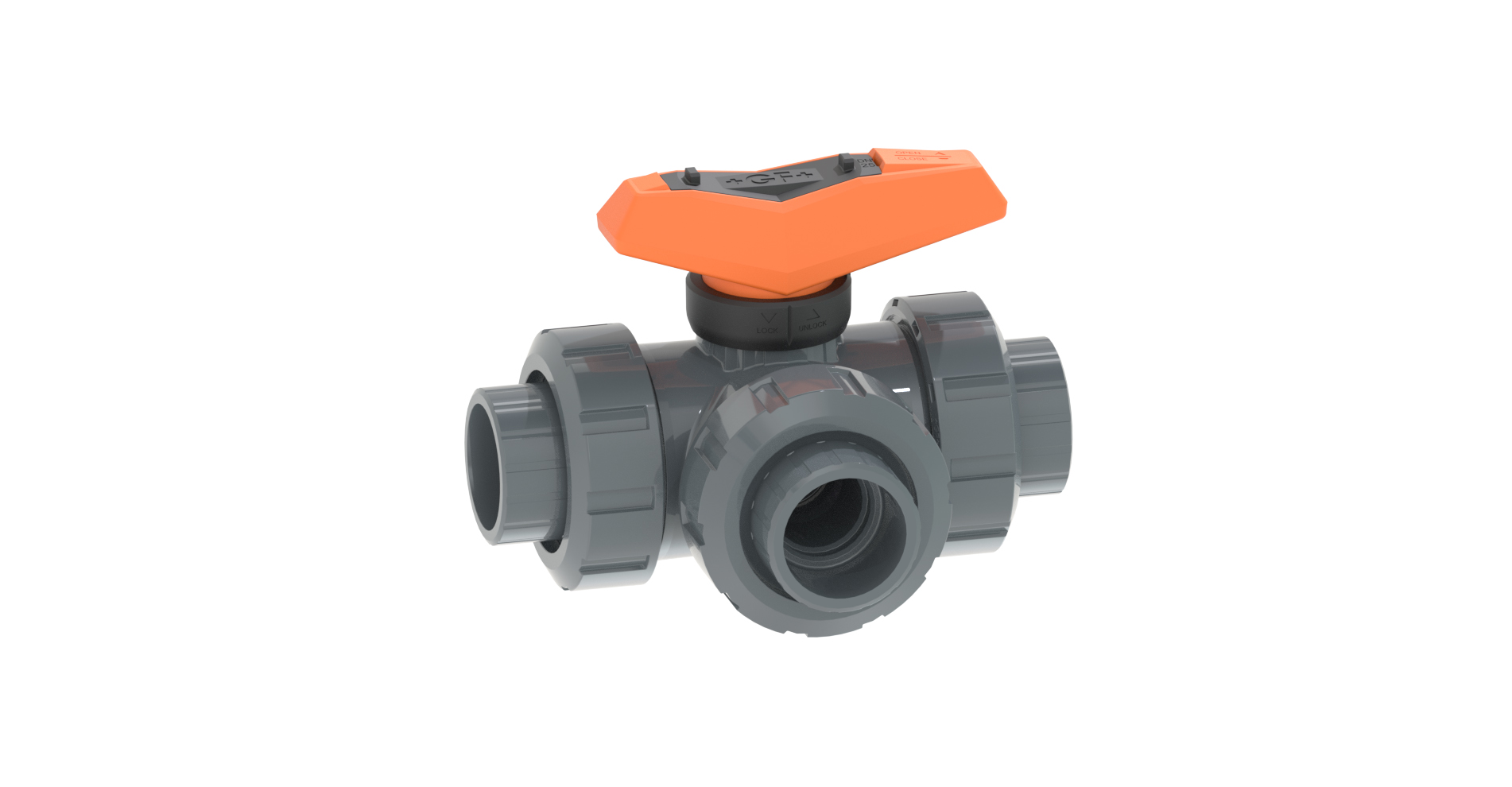 Designed for applications in the chemical process industry, desalination and water treatment, the Ball Valve 543 Pro is the evolution of a proven design that adds a variety of new features. Combining the same modular and compatible construction with future-proof digital functionality makes it ideal for modernizing existing piping systems across a wide range of applications. The new valve was presented at IFAT 2022 in Munich.

The Ball Valve 543 by GF Piping Systems has been a durable and flexible solution used for mixing and distribution in applications ranging from water treatment all the way to complex chemical and pharmaceutical processes. Building on this successful design, GF Piping Systems is now introducing the Ball Valve 543 Pro which not only improves usability but also adds sensors and actuators that offer new possibilities for process automation.

On a mechanical level, the three-way Ball Valve 543 Pro increases safety with a new lever that prevents unintentional operation thanks to a locking ring. For an extra layer of security, a padlock can also be fitted in order to protect the valve against unauthorized usage. This is especially relevant for industries where the safe and uninterrupted operation of piping systems is a priority. In addition, the accessories include a manual spring return unit (or “dead man’s lever”) which ensures that the valve closes automatically when it is released. Another new feature for the 543 Pro is the addition of new stems with a predefined breakpoint between the actuator and ball valve. In the event of a blockage within the system, the breakpoint ensures that only the stem has to be replaced rather than the entire ball valve, which saves downtime of the application and reduces costs.

During the development of the new ball valve, GF Piping Systems also focused heavily on digital functionality. The 543 Pro features a retrofittable position feedback sensor with an LED display which reliably records the position of the control leaver. The compact double sensor can be easily mounted with a snap-on design and is suitable even for tight spaces within the piping system. And, in addition to traditional manual operation and a pneumatic control unit, the ball valve can be operated fully automatically with an electrical actuator. As a result, it can be seamlessly integrated into the end user’s process control and automation systems. Finally, the 543 Pro features a scannable Data-Matrix-Code which simplifies the storage of all component information and enables individual traceability.

Reflecting on the soft launch of the Ball Valve 543 Pro at IFAT 2022, Thomas Küssner, Head of Product Management Valves at GF Piping Systems emphasizes the importance of this new addition to the product range for GF Piping Systems. “For many years, our ball valves have been the worldwide standard for industrial applications. An important part in creating these connections for life is listening to our customers and evolving our products according to market and technology trends. With the Ball Valve 543 Pro we are now adding to our modular platform giving customers the flexibility they need by addressing the challenges and requirements of today and tomorrow.”