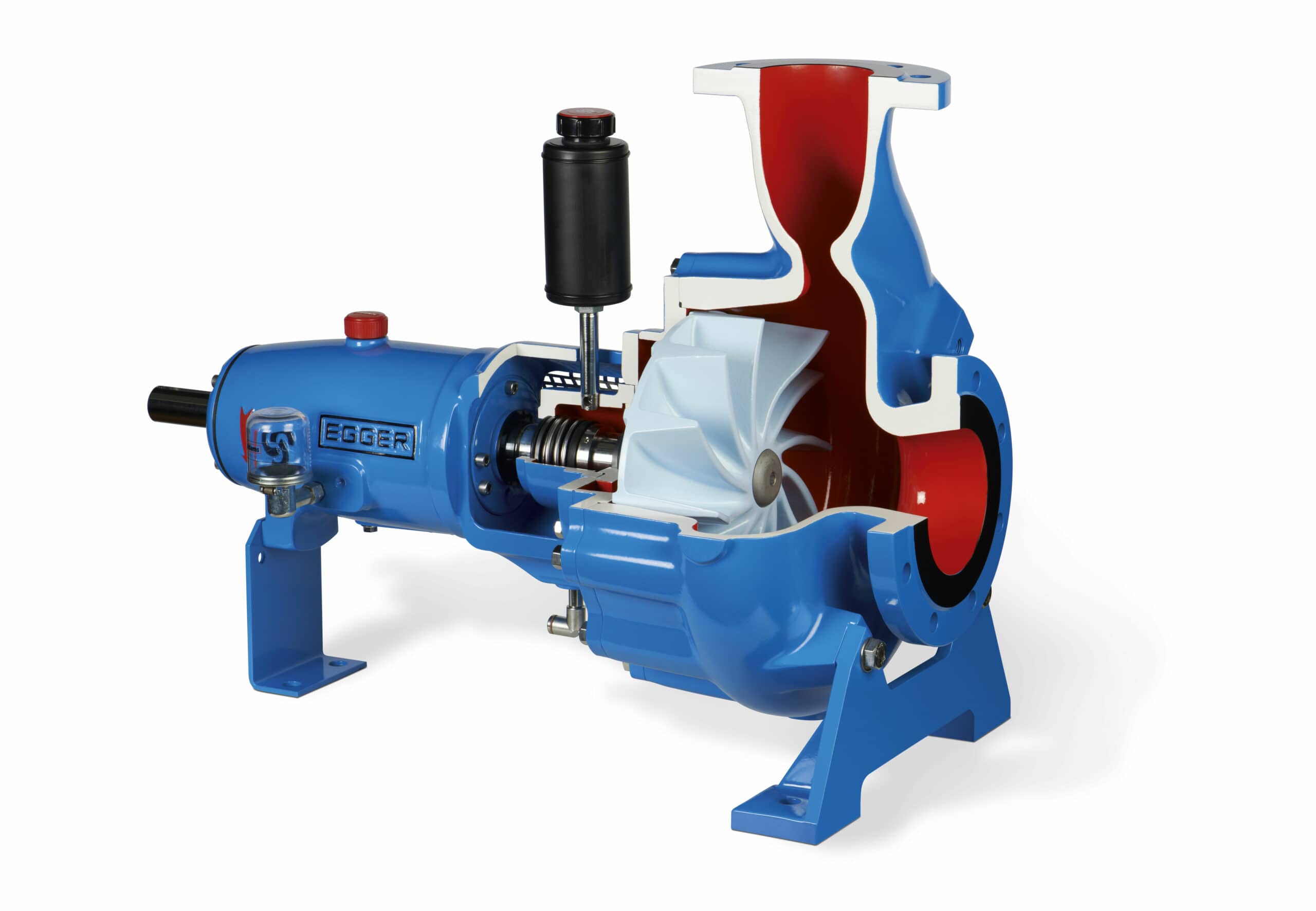 In order to pump heavily charged raw sewage reliably and safely, a lot of experience is required, which is incorporated into the development of centrifugal pumps for an almost clogging-free pumping. In recent years, the composition of wastewater has changed massively and the pumping of untreated raw wastewater has become more and more demanding. Pump hydraulics, which in the past have been used without problems and with satisfactory results, are increasingly reaching their limits. The Lünen-Gahmen pumping station was built in the 1970/80s due to mining subsidence in the area of the city of Lünen. The task of the pumping station was to lift the sewage from the existing combined sewer and to transport it to the sewage treatment plant.

The incoming polluted wastewater is transferred to an existing storm water tank. It is dammed there, so that the solids can settle and be removed by a centrifugal pump. This creates flushing surges, which then have to be handled by the centrifugal pumps with very high solids loads. The two-channel impeller pumps used in the past, could no longer pump these loads of the current waste water with fiber and tear-proof textiles. As a result, they had to be repaired often with high manpower and repair expense.

In August 2012, the Sewage Association Lippeverband decided to replace the M2 pump, which has been operated for the most part since then. The Egger Turo® Vortex Pump with the special vortex impeller made of hardened cast iron was used. Egger recommended a dry mounted pump layout with an Eurodyn® hydrodynamic shaft seal. This choosen design is not only space-saving and low-maintenance, but also 100% dry run safe!

The events meticulously documented by the operating personnel today show that the replacement brought the expected success. The still existing pump M1 is only operated sporadically today.

The replacement of the M2 by the T 71-150 V4 LB4B with 150 mm free passage could reduce the operating and repair costs to an absolute minimum from the end of 2012. There were no blockages anymore.

In the meantime, Egger has further adapted the pump design for the ever-increasing demands and is now in a position to offer a pump unit that is dry run safe and is also suitable for four years of maintenance-free operation.

In extensive research and development work in the field of raw sewage pumping, Egger was able to develop an impeller specially designed to deal with wastwater with high fiber content, which normally creates clogging problems. In today’s Turo® raw sewage pumps, only the new TA wastewater impeller made of hardened cast iron is used, which can be operated for even less clogging.

The disturbances listed for M2 from 2012 are to be justified as follows:

Operation data and design of the pump

For more than 70 years, we are manufacturing centrifugal pumps and control valves for municipal and industrial use. For generations, the independent Swiss family-run company Emile Egger & Cie SA has specialized in the design and production of high-quality centrifugal pumps for sensitive fluids with high solids content. We are producing patented ...