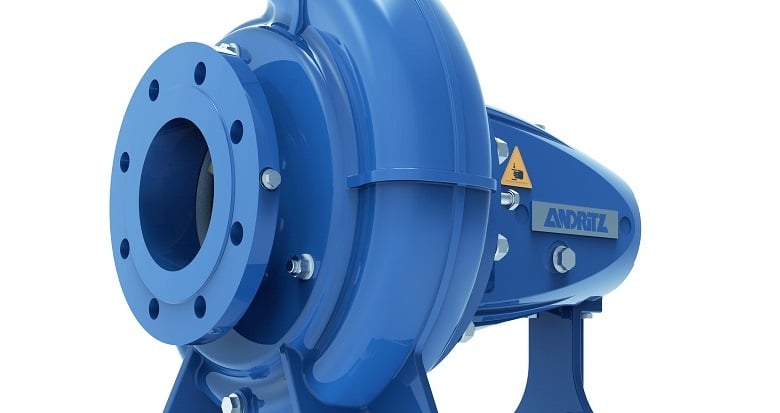 As part of the National Clean Ganga Mission, ANDRITZ supplied 15 pumps for conveying tannery wastewater and effluent to effluent treatment plants in Kanpur, India, to clean the River Ganges in preparation for the 2019 Kumbh Mela festival.

Usually, more than 120 million Hindu devotees participate in Kumbh Mela, making it one of the largest religious gatherings in the world. It is a central pilgrimage and festival of Hinduism, celebrated at four different Indian riverbank sites – the confluence of the Ganges, Yamuna and the mythical Saraswati rivers, and on the banks of the Ganges, the Godavari and the Shipra rivers – in a 12-year cycle. The main highlight of this event is the ritual dipping into or bathing in the water combined with a prayer. This is believed to liberate the devotee from the cycle of rebirths or result in atonement and penance for mistakes and sins committed. The motivations for bathing might be different, but the water quality of the rivers, especially the Ganges at Kanpur, India, is life-threatening due to discharge of untreated sewage, effluents, drainage, etc. into the Ganges River.

River pollution on the rise

In India, the majority of the rivers are absolutely filthy. According to a 2019 study issued by the Central Pollution Control Board, a statutory organization under the Indian Ministry of Environment, Forest and Climate Change, the number of polluted stretches in the rivers has increased from 301 to 351 in the past two years. The number of critically polluted ones has even risen from 34 to 45. Among them is also the largest river on the Indian subcontinent, the Ganges. It is considered the sixth-most polluted river in the world.

Over the years, the population along the Ganges has rapidly increased, resulting in more sewage. In Kanpur, India, lots of tanneries producing tannery wastewater and effluents, which contain fibrous material such as fats, skin, hair, sewage, and the like, discharge this waste into the Ganges due to pumping issues with the old pumps they still have installed.

In the Clean Ganga Mission for Kumbh Mela, the scope of supply consisted of four ANDRITZ self-priming pumps from the AD series and eleven ANDRITZ single-stage centrifugal pumps from the ACP series.

Finally, a number of new governmental initiatives and programs were introduced to sustainably tackle this pollution issue over the past ten years. In 2009, the National Ganges River Basin Authority was founded to take a more holistic approach to cleaning the basin and maintaining free flow in the river. This authority was later disbanded and succeeded by the National Mission for Clean Ganges (NMCG) in October 2016. The aim is to clean the Ganges and its tributaries thoroughly and effectively. In 2014, the Namami Gange (meaning Salutations to Ganga) program was launched to clean the river. Additionally, the Ministry of Water Resources was renamed to the Ministry of Water Resources, River Development, and Ganges Rejuvenation to further underline the seriousness of intentions to improve the water quality there.

In addition to these long-term programs, the Government Department of India for Uttar Pradesh strengthened the Clean Ganga Mission for Kumbh Mela well ahead of the religious event, which took place from January 15 to March 4, 2019. A major stimulus behind this initiative was a report by the Uttar Pradesh Pollution Control Board stating that the River Ganges at Prayagraj is unsafe for bathing both upstream and downstream. The report showed that the water contains extremely high levels of coliform bacteria, mostly fecal coliform. Large numbers of such coliform bacteria can lead to water-borne diseases such as diarrhea.

To quickly improve this situation and ensure safe Ganges water for the devotees visiting Kumbh Mela 2019 at Prayagraj, the National Mission to Clean Ganga made additional funds available and the State Mission for Clean Ganga of Uttar Pradesh took various measures to treat the wastewater discharged into the river. These included release of extra water upstream at the Tehri dam in Uttarakhand on the one hand and the temporary closure of heavily polluting tanneries in Kanpur, a city located upstream of Prayagraj. On the other hand, the main target of this mission was to replace old pumps in the effluent pumping stations along the river in Kanpur. These pumps are not able to effectively handle today’s waste and thus, they break down regularly. To tackle this issue and prevent untreated wastewater from flowing into the Ganges, existing effluent pumping stations were renovated with new pumps.

The award specifications for supply of the pumps to the effluent treatment plants were quite strict: a tight delivery time of three months and the capability to handle fibrous liquids with a density of up to 1300 kg/m3. Thanks to its ability to ensure fast delivery and commissioning within the given period as well as fulfilling the pumps’ technical requirements, ANDRITZ was awarded the contract to manufacture and supply 15 new pumps, including 4 self-priming pumps to seven pumping stations in Kanpur, Uttar Pradesh.

Founded in 1854 in Graz, Austria, the international technology group ANDRITZ looks back on a long tradition as a global manufacturer of machinery and industrial plants. Its Pumps division is one of the oldest within the company. The many years of experience in building hydraulic machines and the entire process know-how form the basis for the high standard of ANDRITZ pumps technology today. However, with its approximately 29,700 employees operating from more than 280 locations in over 40 countries, ANDRITZ is not a newcomer to India. The company currently runs eight offices on the Indian subcontinent, including a manufacturing assembly dedicated to pumps in Chennai. At the workshop, high-quality single- and double-suction centrifugal pumps are manufactured, assembled and tested according to European standards. Additionally, the international technology group is currently supporting the Indian infrastructure mega-project Jala Yagnam in a total of eleven sub-projects. These include 27 customized vertical volute pumps for three pumping stations belonging to the largest sub-project, Kaleshwaram, which is designed to store about 4.7 trillion liters of water in order to irrigate 740,000 hectares.

The ANDRITZ single-stage centrifugal pump from the ACP series is particularly versatile thanks to its highly wear-resistant, open impeller design, low axial thrust, and open channels. Depending on the impeller design, the pumps can convey slightly contaminated as well as heavily contaminated media containing some solids. Thus, these pumps are suitable for conveying many different media, allowing them to be installed as process pumps in a wide range of industrial applications from pulp and paper to water supply and wastewater treatment.

In the Clean Ganga Mission for Kumbh Mela, the scope of supply consisted of four ANDRITZ self-priming pumps from the AD series and eleven ANDRITZ single-stage centrifugal pumps from the ACP series. The latter pump type is particularly versatile thanks to its highly wear-resistant, open impeller design, low axial thrust, and open channels. Depending on the impeller design, the pumps can convey slightly contaminated as well as heavily contaminated media containing some solids and with consistencies of up to 8 percent. Thus, these pumps are suitable for conveying many different media, allowing them to be installed as process pumps in a wide range of industrial applications from pulp and paper to water supply and wastewater treatment. A modular system ensures high availability, enables the use of proven components and reduces the number of spare parts to be held in stock.

To round off the pumps order, ANDRITZ self-priming pumps from the AD series achieve high priming and degassing performance thanks to their integrated vacuum pump. With its open impeller, the pump is designed for and insensitive to transporting high solids-containing media or even viscous media. The open impeller also provides better efficiencies with viscous media compared to closed impellers. The integrated vacuum pump prevents air from collecting at the impeller inlet and guarantees that the pump primes well, even with high gas content or unfavorable suction pipe arrangements. Thanks to these design features, the self-priming centrifugal pumps are perfectly suited for applications and processes in wastewater treatment.

Completed within a record time of three months from award of the order to the pumps’ erection and commissioning, the hydraulic machines were installed at the most critical application in the process. They pump the tannery wastewater up to the effluent treatment plant. To perform this task reliably, the pumps are capable of handling fibrous liquids with a density of up to 1300 kg/m3. Since their start-up, all the pumps have been working successfully without any problems and to the customer’s full satisfaction.

On the right path

Most of the 150 million pilgrims attending the event reported that the water was much cleaner due to these special temporary and long-term efforts. However, making and keeping a river clean is a continuous process. The Clean Ganga Mission initiative for Kumbh Mela was another important step in the right direction as its mixture of both temporary and permanent measures, such as renewing the pumps in the sewage and effluent treatment plants, contributed to noticeably cleaner water in the downstream Ganges region, covering a 135-kilometer route from Allahabad.

ANDRITZ offers premium pumping technology from a single source – from development work, model tests, engineering design, manufacture and project management, to after-sales service and training – tailored to your requests and needs. We offer innovative and customized solutions with pumps and complete pumping stations for various industries such ...

Orange Pumps with Blue Motors For the Red Juice