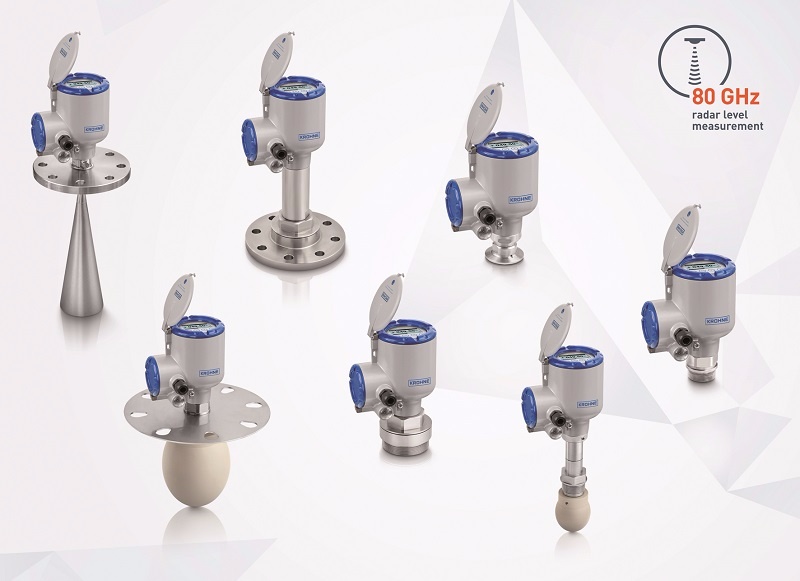 They aim at liquid and solid applications in a wide range of industries. Based on over 28 years of experience with FMCW technology, each device has a particular target area of application, for example agitated and corrosive liquids, narrow tanks with internal obstructions, or powders and dusty atmospheres.

All new OPTIWAVE devices feature 2-wire 4…20mA HART 7 communication and come with an extensive choice of process connections, starting from ¾”. They feature a large backlit LCD display with 4-button keypad, a quick setup assistant for easy commissioning, and come with free PACTware™ DTM with full functionality. While approvals for hazardous areas are already available, other approvals including SIL are ongoing.

OPTIWAVE 3500 is a 80 GHz FMCW radar aimed at hygienic applications in the food, beverage and pharmaceutical markets. It has a wide range of hygienic connections and can measure right up to the process connection. Thanks to its narrow beam angle and small dead zone, it is capable of measuring in small and narrow tanks, even with agitators.

OPTIWAVE 5400 is a 24 GHz FMCW radar for liquids in basic process applications in chemical, oil & gas and power industries. It provides accurate readings in closed tanks, in open air applications such as rivers or dams, and this even in processes with fast changing levels.

OPTIWAVE 7400 is a 24 GHz FMCW radar designed for liquids in harsh environments such as tanks with agitators containing corrosives or in non-Ex applications up to +700°C / +1292°F (e.g. molten salt in solar plants). Aimed at the chemical, petrochemical, power and oil and gas industries, it comes with a large choice of antenna options like the proven Drop antenna as well as heating, cooling or purging systems for metallic Horn antennas. For applications with corrosive or dangerous liquids, a flange plate protection or a Metaglas™ second sealing barrier are available. The quick coupling system permits the removal of the converter under process conditions.

OPTIWAVE 7500 is a 80 GHz FMCW radar covering the same industries as OPTIWAVE 7400 up to +150°C / +302°F, 40 barg / 580 psig. With its small beam angle and negliglible dead zone, it is aimed at liquid applications in small and narrow tanks with internal obstructions like agitators or heating coils, as well as tanks with long nozzles. This 80 GHz radar can even measure through tank roofs made of non-conductive material. It features a flush-mounted PEEK Lens antenna and measures the level of a product from the antenna down to the tank bottom over a distance of 100 m / 328 ft.

OPTIWAVE 6400 is a 24 GHz FMCW radar for solids from granulates to rocks in industries such as minerals and mining, chemical, agriculture, or power generation. It measures the level of solids such as stone, plastic granulates or coffee beans accurately and reliably. The proven Drop antenna minimises scaling and is unaffected by the angle of repose, thus eliminating the need for expensive antenna aiming kits or purging systems.

OPTIWAVE 6500 is a 80 GHz FMCW radar for powders and dusty atmospheres, aiming at the same industries as OPTIWAVE 6400. It features specific algorithms and high signal dynamics to provide reliable and accurate readings despite the challenges linked to fine powders such as dust, low-reflective media, build-up and uneven surfaces. Thanks to the small beam angle of the flush-mounted Lens antenna, it is best suited for high and narrow silos even in the presence of internal obstructions.

The new 24 GHz and 80 GHz transmitters complement the two existing 6 and 10 GHz devices of the OPTIWAVE series: OPTIWAVE 1010 is a 6 GHz FMCW radar suited for clean liquids in bypass chambers and Magnetic Level Indicators (MLI). It is welded to the bypass chamber or MLI and measures the position of the float or the liquid level. OPTIWAVE 5200 is a 10 GHz FMCW radar for liquids in storage and simple process applications with a wide range of options, SIL2 approval and a choice of fieldbus communication options.

This article is published by
KROHNE Messtechnik GmbH

Communication techniques are becoming ever more complex, from the field through to the control level. At the same time the demands for recording physical measured variables such as flow rates, fill levels, temperature, pressure and analysis parameters are constantly growing. The principal requirement in this respect is absolute reliability ... 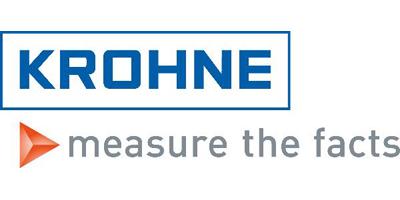 Flow Measurement of Wastewater in an Open Channel

Level Measurement in the Production of Injectable Drug Products