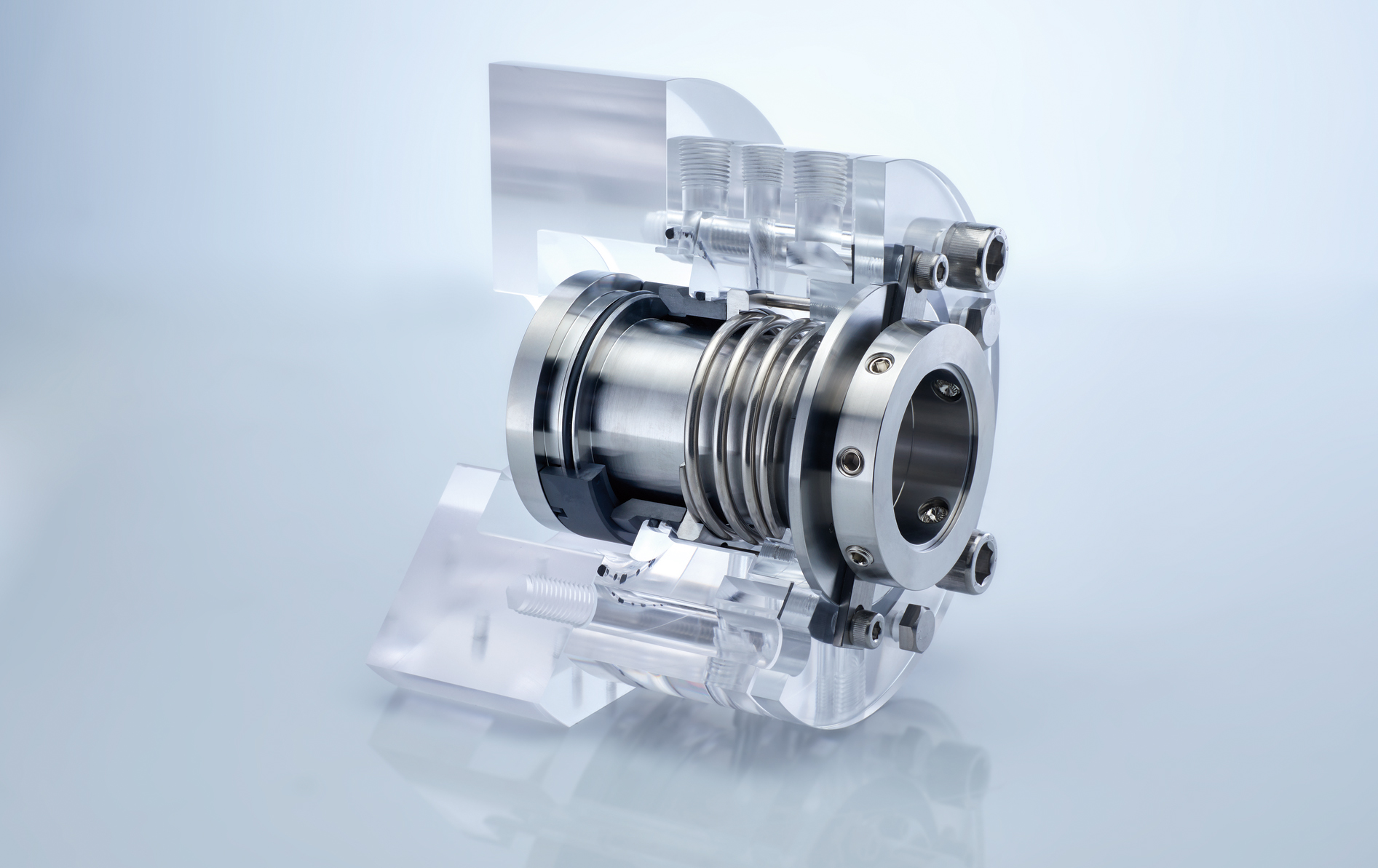 In a chemical plant in Japan, a pump is used to transport molten sulfur. Crystallized sulfur in the area of the shaft seal led to contamination and enormous maintenance costs. Since retrofitting to the EagleBurgmann SulfurAce mechanical seal the pump offers optimal availability. The working environment is clean and employees are secure from hazardous substances.

Sulfur is an important base material that is used, for example, in refineries and chemical and pharmaceutical industries to produce sulfuric acid, dyes, rubber, synthetic fibers, insecticides, artificial fertilizers and other products. As a hazardous substance, sulfur is a challenging element for the technology and the various processes. It is flammable (dust explosion hazard), among other things, and in its liquid state with the addition of air it will generate a very toxic sulfur dioxide (SO2). The substance also exhibits crystallizing properties, which regularly cause problems during the technical processing.

Sulfur is in a liquid state in a temperature range between +120 °C … +160 °C (+248 °F … 320 °F). While pumping liquid sulfur, continuous minimal leakage in the area of the shaft seal frequently causes problems. This leakage clogs the drainage pipes and causes the steam quench to escape through the throttle bushing in the direction of the bearings where considerable damage can occur as a result. The sulfur leakage crystallizes and strongly contaminates the pump and environment.

In a chemical plant in Japan, a pump is used to transport liquid sulfur. Competitor seals had been originally installed as shaft seals (pusher and metal bellows single seals). But they exhibited an MTBR (Mean Time Between Repair) of only 9 months.

Visible signs of seal failure and its associated leakage were massive accumulations of crystallized sulfur in the vicinity of the pump. The costs for maintenance and cleaning work were accordingly expensive and ultimately posed a considerable risk to the employees and to the environment.

The determined cause for the seal failures was the clogging and blocking of the spring or bellows due to crystallized sulfur. This reduced the spring force or caused it to fail entirely, and the seals opened. The cleaning force of the steam quench was strongly reduced as a result and the temperature required for the function was not attained.

Retrofit of the pump

With the new EagleBurgmann SulfurAce mechanical seals specifically designed for use in liquid sulfur and other crystallizing media, problems are a thing of the past. Optimal availability and functionality of the pump, a clean working environment in the system and significantly reduced maintenance costs are attainable for the end user.

The quality of the EagleBurgmann SulfurAce lies in the product-protected single spring and drive pin. In the event of leakage, the large sphere of action of the single spring together with the cleaning effect of the direct steam quench prevents the components and connected lines from clogging. The integrated EagleBurgmann QS300 quench seal effectively prevents quench steam leakage in the direction of the bearings.

The pump was successfully retrofitted to an EagleBurgmann SulfurAce. The seal concept – single spring facing away from the product, integrated EagleBurgmann QS300 quench seal – presents a permanently reliable solution.

As a result of EagleBurgmann’s experience, the steam quench was also optimized; a seal cover with steam direct-flow ensures additional safety.

We are one of the leading providers of industrial sealing technology on the international stage. Our products and comprehensive services are used wherever the key requirements are reliability and safety. Ex­cel­lent quality, close prox­im­ity to our cus­tomers, great capacity for in­no­va­tion and an ex­ten­sive product port­fo­lio for ...