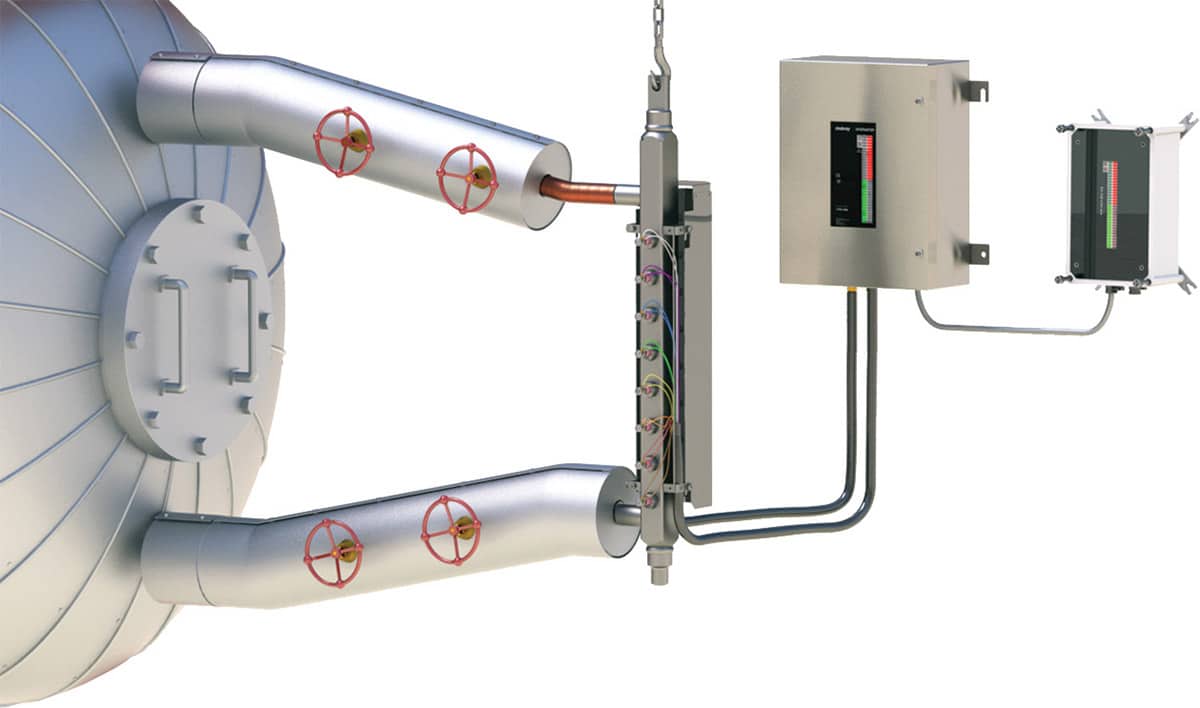 Personnel safety is paramount. The steam raising boiler is a major source of danger if not controlled competently.

In the United States the search for excellence in reliability has been spearheaded by Factory Mutual Research (FMR).  At the 1987 Winter Annual Meeting of ASME, Dimitrios Karydas presented his paper “Probabilistic Analysis for Low Water Level Conditions in Boilers”. This showed that the avoidance of an undetected low water condition was greatly aided by the inclusion of an electronic Gauging System (EGS). The analysis was performed based on the FMR approvals report J.I OKOA5 of March 1986. This was the original Hydrastep approval in the U.S.

What is a reliable system?

Right from the beginning in the 1950’s the task Hydrastep’s designers were set was to achieve a step improvement in boiler safety. The original concept was shown to be successful by the granting of the only United Kingdom Factories Act Certificate for sight glass replacement (‘Sole Gauge Approval’).

The UK’s National Power granted approval as “Water Level Gauge to provide alarm and trip outputs conforming to the requirements of British Standards.” In 1986 in the United States, Hydrastep was the first true Electronic Gauging System (EGS) to be approved by FMR as a ‘Low water level limit control for boilers’.

Based on Factory Mutual Research study

FMR recognised that the power boiler industry was in a dilemma. To justify the use of an EGS as the prime indicator and tripping device required an acceptance of the product’s reliability.

The sight glass has been in use for at least a hundred years and its unreliability was well documented. To evaluate the performance of an EGS either requires the use of sufficient operational data for the system being considered, or the use of probabilistic methods for predicting system performance.

The results of the work started in the 1980s were presented by Paraskevas Stavrianidis and D. Karydas for FMR at the Inter-RAMQ Conference for the Power Industry in 1992 as “Methodology for the Reliability Evaluation of an Electronic Gauging System (EGS) Used for Safety in Power Boilers”.  This paper developed the fault free analysis for the critical conditions of a ‘missed trip’, or the less serious condition of causing a ‘false trip’. The paper also showed the advantage of dual systems (overall system unavailability of 1 x 10-14, or 1 in 100 million million!) and the importance of inspection intervals.

Finally the theory was applied to the Hydrastep 2468 Electronic Gauging System. The report “Reliability Analysis of the Hydrastep Model 2468” was completed and delivered to Solartron Transducers in February 1994.  During the course of the study, a sufficient body of work had been completed to allow P Stavrianidis and D Karydas (FMR) to present the results of the study at the Quality Control and Reliability Assessment Conference, Cambridge MA, USA October 18-20, 1993.

This paper, utilising the previously published methodology, evaluated the performance of the Hydrastep 2468 EGS, used for safety on power boilers. The independent component failure rate data was taken from the MIL handbook 217F (‘Reliability Prediction of Electronic Equipment’ US Department of Defence).  As FM admitted “… failure rates predicted by this method tend to be higher than the actual failure rates experienced …”

The probability that the system would fail, and in failing, cause a nuisance trip was evaluated as 9.5 x 10-8 for a mission time of one year and a repair time of 24 hours.  Under the same conditions, and assuming that the station operators do not respond to the alarm lamp on the remote display, then the probability of the Hydrastep 2468 actually missing a trip, and thereby endangering the boiler and site personnel is 3.2 x 10-9 .  Putting this in perspective, the evaluation indicates that assuming there were 32,000 systems installed, then the probability of a system somewhere missing a trip would occur about once in 10,000 years.

To return to our heading, just briefly; ‘Can I trust Hydrastep 2468 to trip my boiler?’ Most emphatically yes. What other product can show such a history of dedication to ensuring reliability?  Ask Delta Mobrey Ltd for a copy of the paper “Reliability Analysis of an Electronic Gauging System used for Safety in Power Boilers” detailing the work carried out on the Hydrastep 2468.

Click here for more information on the Hydrastep 2468 Steam Boiler
Click here for related articles and news
This article is published by
Delta Mobrey Ltd.

Ensure the Reliable Performance of Your Water Level Controls

A History of the Hydrastep Steam and Water Gauging System