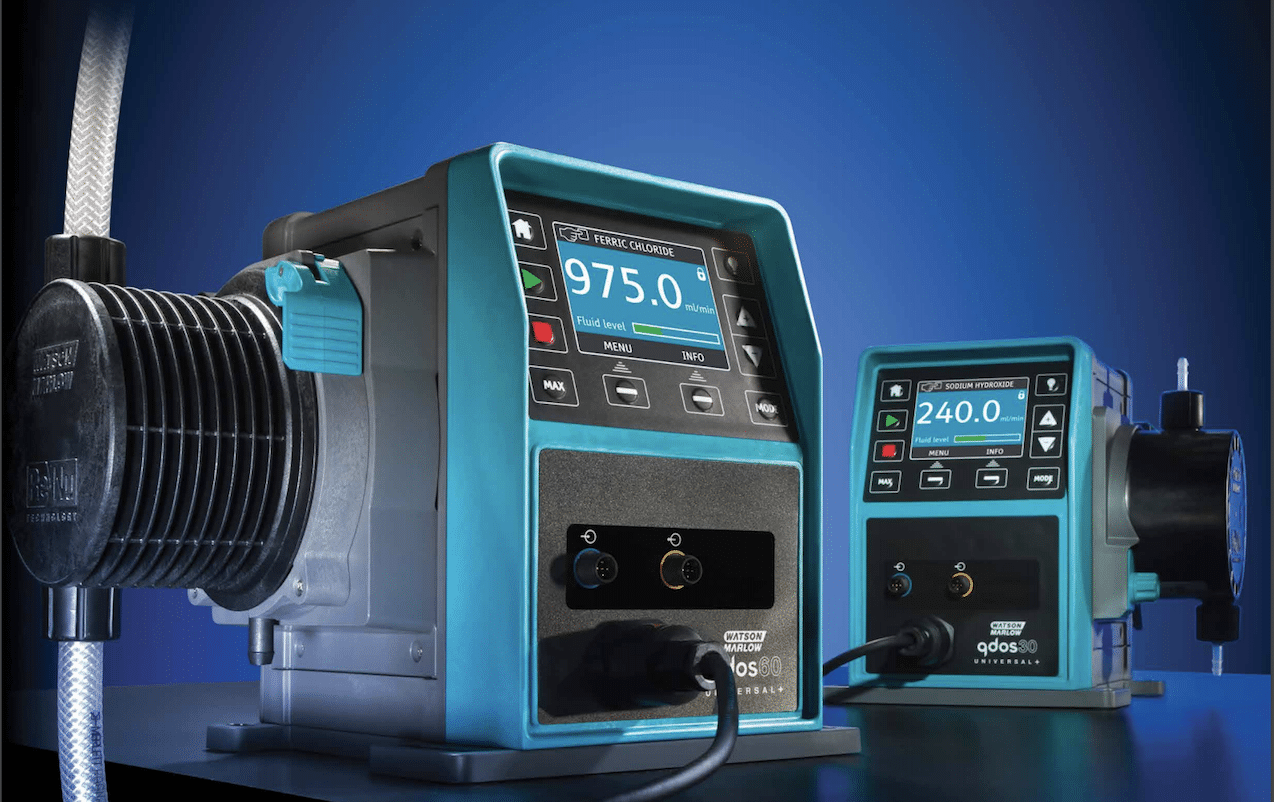 To support the release of the Qdos ReNu PU pumphead from Watson-Marlow Fluid Technology Group (WMFTG), SUEZ is already able to testify to its effectiveness thanks to an early stage trial.

At a major UK brewery, SUEZ is using the Qdos ReNu PU for dosing polymer as part of its wastewater treatment processes. Replacing diaphragm metering pumps that were frequently becoming clogged with polymer, the trial has proved a complete success, with no issues experienced over an extended period of time.

There is growing worldwide demand for polymer dosing systems in wastewater treatment. The majority of these systems dose polymer for some form of coagulation and flocculation. Dewatering sludge waste can considerably reduce transportation and disposal costs.

At the brewery, the environmental solutions provider SUEZ is contracted to operate and maintain the site’s effluent treatment plant. SUEZ works closely with the customer to identify and optimise the operating processes, and reduce the brewery’s environmental footprint.

All of the brewery’s waste is sent to the site’s AD (anaerobic digestion) effluent plant where it is treated. The brewery’s waste is digested by the bacteria and which produces Methane gas, which is either burnt by boilers for heat or, more typically, used to power an electricity generator.

“After the wastewater has passed through the main bioreactor it is aerated, which further reduces the COD,” explains Dave Burrows of SUEZ UK, who is responsible for the effluent plant. “From here it goes through a DAF (dissolved air flotation) process where we remove solids and introduce polymers using a Qdos pump from Watson-Marlow.”

The process of dewatering the sludge at this stage means that the volume of sludge that is transported offsite is reduced which dramatically reduces transportation costs.

The brewery’s effluent plant will treat up to 200m3 of wastewater per hour, a process which generates sludge that requires separation. Here, polymers are dosed into the wastewater stream, which causes flocculation, after which a centrifuge process is applied. From there, the sludge is disposed offsite, often to other AD plants to extract further gas or, alternatively, as a form of fertiliser for spreading on agricultural land. Nothing is wasted.

“When we first got the centrifuge, we identified a liquid polymer that would work well with our sludge,” says Mr Burrows. “However, it was petroleum-based and at the time Watson-Marlow did not have a suitable tube, namely PU (polyurethane), which would be resistant to aliphatic hydrocarbons such as petroleum distillates.”

In response to the enquiry via distributor CSS Ltd, that required a pump with high precision, control and chemical containment, the Watson-Marlow design team set about creating a special pumphead that would become the new Qdos ReNu PU. A small number were initially supplied to SUEZ for use at the brewery.

“They made three pumpheads for me with PU tubes and I have to report they all lasted really well,” says Mr Burrows. “We’re using the pumpheads on two Qdos pumps. We have installed these at two different breweries, one running on a belt press and one on a centrifuge. CSS supplied us with the skids and pumps.”

Before installing the Qdos pump, the brewery used a diaphragm metering pump. However, the small non-return valve within the diaphragm pump would easily become blocked by the polymer. In turn, the pump would require frequent cleaning, a process made more challenging by the polymer’s high viscosity.

“We don’t have any such issues with the Qdos, which reliably doses polymer for around 12 hours every day,” says Mr Burrows. “I really can’t fault the reliability or simplicity of the Qdos pump or the ReNu PU pumphead. In addition, when the pumphead reaches its end of life, you get a useful notification. Replacement is quick and easy – we’re up and running again with 5-10 minutes.”

Chemical containment upon pumphead failure is also assured when using the ReNu pumphead technology; an important point as cleaning up polymer spillages can be very time consuming.

Such has been the success of the two installations to date that SUEZ has just taken delivery of a third Qdos with the ReNu PU pumphead, which has been installed at a manufacturer of convenience foods in the north of England.

A world leader in niche peristaltic pump manufacture and associated fluid path technologies. Every day, we help companies across the globe to be more efficient and sustainable. Since 1956, we have been manufacturing positive displacement pumps and providing engineering support to a range of industries. We started in Marlow, Buckinghamshire, where ...