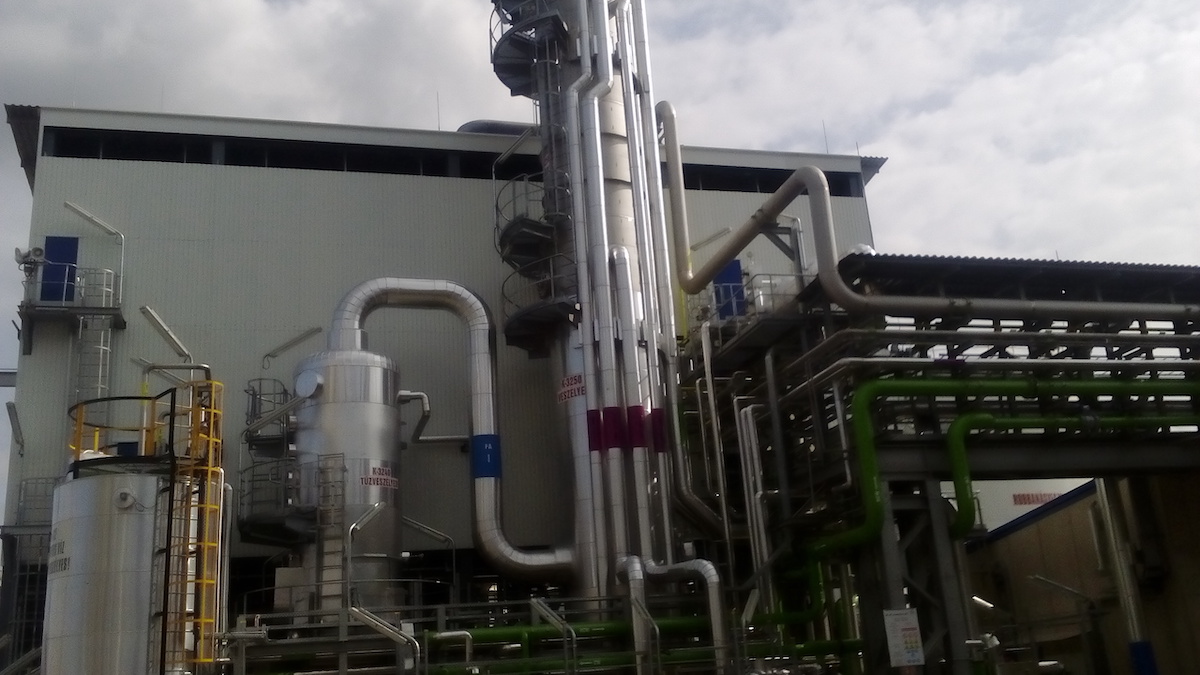 The company BC-KC Formalin Kft. is in the ownership of BORSODCHEM Zrt. and Dynea Hungary Kft. and operates as a separate factory unit on the area of BorsodChem in Kazincbarcika. In this unit a chemical raw material, formalin is being produced, mainly for the two owner company. The yearly production of the 37-50% tincture is approximately 100 000 tons. This product is mainly sold for the MDI production used in the automotive industry. Also this is one of the basic materials for the rosin, which is produced by Dynea Hungary Kft for the furniture industry.

Due to this growing demand it was necessary to expand the production capacity so a new production line was built next to the already operating ones. Considering the fact that according to the act CXXVIII. of 2011 the factory unit is registered as a „high threshold” hazardous facility, high level security requirements are applied to both the factory itself and the tools and instruments which are used here.

During the technological process, the formalin is extracted from his basic material, the aqueous solution of methanol with absorption technique, with the help of air and other catalysts. In the project, the task to be solved with instrumentation was that on the fourth unit of the multi-step absorber the level of the industrial water containing less than 10% of methanol and formalin plus the level of formalin at the last container had to be measured and the proportional signals forwarded. It made the measurement difficult that from beneath gaseous – warmed up in the heat exchanger and conducted through the catalyst – methanol and water vapour, from above water was continuously added to the system.

The individual elements of the absorber are divided from each other. Because of this internal divided structure, no level measuring instrument could be inserted in the absorber neither from above, nor from beneath. This is why the best way seemed to be if a 1” BSP technology connection is welded up at an angle of about 45 degrees and the level transmitter is inserted here. Considering the high security requirements, very tight deadline and complexity of the task, the company specialists opted for the NIVELCO made NIVOCAP capacitive level transmitters.

During the instrumentation of the technological process a transmitter with 3 different extension length (1,8m 2,5m, 2,7m), aluminium housing, 4-20 mA and HART output was installed. The high temperature instruments can be used up to 200°C degrees and have LCD display which helps in the settings and programming.

NIVELCO has sent and installed the requested instruments on time. During the operational tests, the customer was so satisfied with the system that in the end he has chosen another NIVELCO instrument for measuring the level of the methanol container as well, the NIVOCAP CPR-228-8. The instruments operate reliably and what’s more, the company’s specialists are thinking about replacing their older level transmitters also with NIVELCO capacitive transmitters.