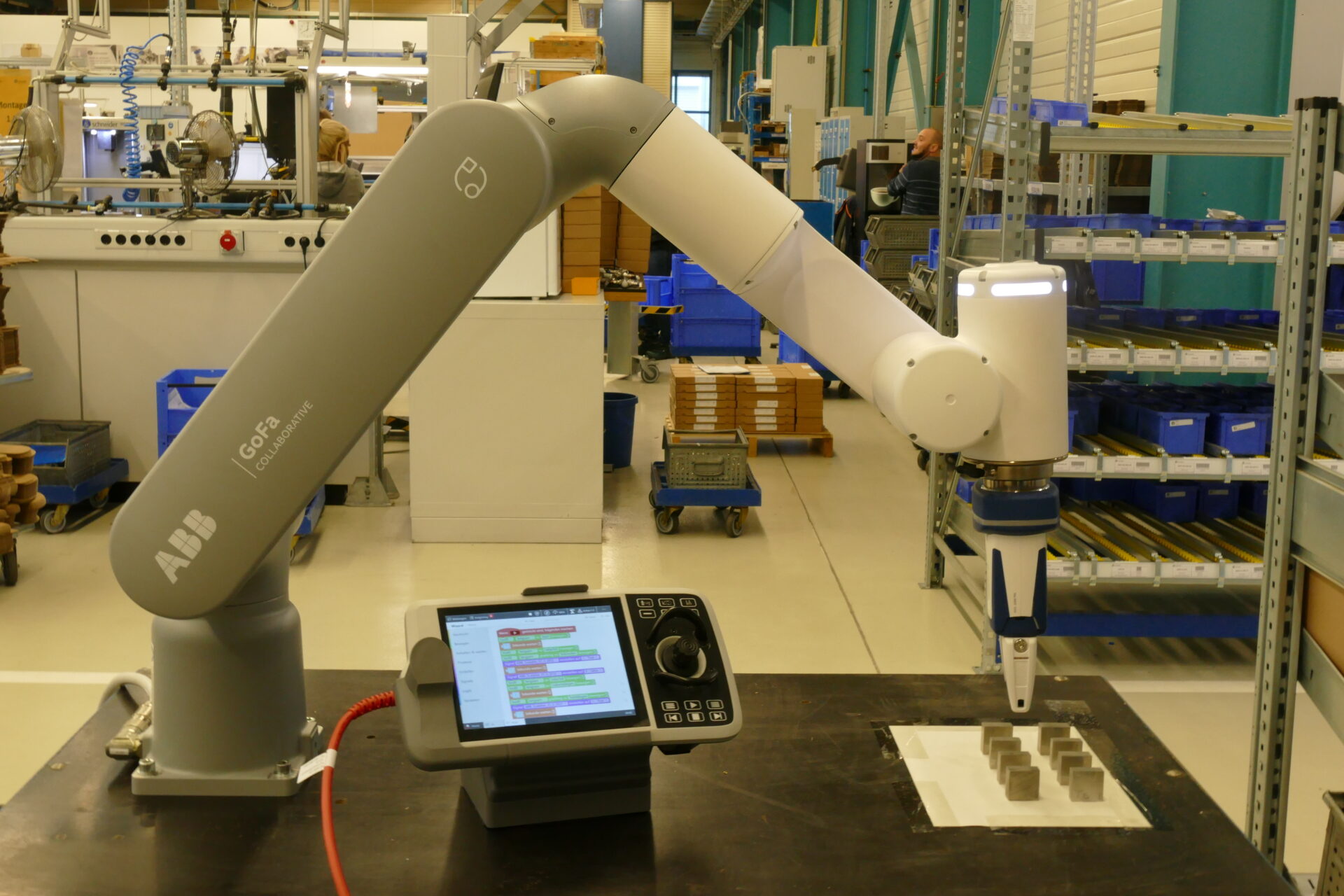 AS-Schneider ensures a high degree of automation to make manufacturing more productive. Now the valve specialist is setting its sights on assembly. The use of collaborative robots (cobots) is also intended to automate this more strongly. To achieve this goal, AS-Schneider is cooperating with the Fraunhofer Institute Austria.

Many work steps in assembly are currently still carried out manually. A high number of variants and changing quantities preclude complete automation. However, the idea is that simple, monotonous and repetitive tasks can be transferred to a collaborative robot. This would relieve employees and shorten lead times. “The increase in productivity could be between 10 and 15 percent,” says Tim Kicherer – Process and Lean Manager at AS-Schneider.

The use of cobots offers a whole range of advantages from the company’s point of view. The units are relatively small and can be easily integrated into processes. They are also mobile and can be used at different workplaces. Collaborative robots do not require a safety fence and can therefore be installed in a space-saving manner. Even an employee without programming knowledge can operate a cobot. In addition, the cobot is capable of learning. It can be trained to perform several simple tasks, such as gripping and feeding.

In order to identify possible areas of application in the assembly, a series of workshops was held together with Austria Fraunhofer Research GmbH. The project partners analyzed the suitability of workstations for human-robot collaboration. They estimated cobot work scopes, determined process times and made economic efficiency calculations. Following the methodical approach, various possible fields of application were identified.

The use of cobots in the assembly of AS-Schneider can be considered, for example, in laser marking. Simple motion sequences take place here. The same applies to the taping of screw plugs, which could even be assembled from stock. The lubrication of valve head units, which are removed from trays, could be another area of application. Cobots relieve employees entirely when, for example, they take over the time-consuming, physically demanding and noisy drying process after pressure testing of components.

In order to be competitive and to be able to deliver top quality, a higher degree of automation is required in assembly. However, there are still a number of challenges to be overcome along the way. For example, workplaces must be adapted to the use of cobots. “This will not happen in one fell swoop, but step by step,” says Tim Kicherer. In addition, approval from TÜV is necessary for an appropriate workplace concept. Each use case requires a separate acceptance and safety inspection. In addition, cobots perform their movements slowly for safety reasons. Nevertheless, Tim Kicherer sees a lot of potential: “If an employee hands over two of his five activities to a cobot and does the remaining three with more care, we’ll shorten throughput times every time.”

The family-owned company AS-Schneider, with more than 350 employees, was founded in 1875 and is today one of the world's leading manufacturers of Industrial Valves for Measurement and Control Technology and also of Double Block & Bleed (DBB) Ball Valves. AS-Schneider is in fact the world market leader in the market segment of valves for large diesel ...

Solutions for the Digital Future

Expert interview on hydrogen: “This will revolutionize the EU energy market”