For the storage processes of ethanol of a Swedish producer the guided wave radar for continuous level determination was implemented within several tanks.

TDR sensors are easy to put into operation and deliver reliable measurement results even under extreme process conditions. Since the functional principle does not require any mechanically moving parts, a maintenance-free manufacturing process is ensured and system availability is increased. In addition, TDR sensors meet the highest safety standards, which makes them the technology of choice especially in the oil, gas and chemical sectors. With these capabilities, TDR sensors make a noticeable contribution to increasing the productivity of the plant.

Radar technology has gained more and more importance over the past decades and has been continuously developed. The area of application now extends from simple installations to complex process vessels with a wide variety of challenges. In addition to free-radiating radar sensors, the radar category also includes those based on guided microwave technology, which are often referred to as TDR (Time Domain Reflectometry) or GWR (Guided Wave Radar). Above all, the versatility and insensitivity to changing process conditions make TDR sensors a popular all-rounder.

In the course of modernizing its plants, an ethanol producer in Sweden was looking for a smart and durable solution for the automation of level measurement within several storage processes. When selecting a suitable measurement technology, the main focus was on reliability, durability and safety. Further high demands were placed on the robustness and flexibility in the range of applications for the measurement technology. The device to be used for the highly flammable liquid has to be certified accordingly. In terms of bioethanol production and bioethanol consumption, Sweden is among the top 5 across Europe, alongside countries such as Germany and France. It is mainly produced from grain and waste from local wood processing for industrial purposes. The plant operator produces ethanol as a solvent for substances that are used for medical or cosmetic purposes, such as fragrances, aromas, dyes or medicines, as well as disinfectants.

Together with the local partner company SensorGruppen AB, UWT GmbH implemented a tailor-made measuring system with the guided wave radar sensors of the NivoGuide® series within the ethanol tanks. The elementary principle of a TDR-based level sensor is simple. The electronics generate an electromagnetic pulse, which is coupled to a probe and guided downwards along it. If the wave hits the material surface, part of the energy is reflected. This so called echo signal is also fed back along the rope to the electronics, recognized by them and converted into a level information via a transit time measurement. In general, level measurement is possible with TDR sensors without any problems if the medium to be measured has a DK value of 1.3 at least. Since the DK value of 4 is sufficiently high for ethanol, the economical standard version of the NivoGuide® 8100 in rope version, could be used. Inside the steel tanks there are fluctuating temperatures of up to 80 °C (176 °F) and a process pressure of approx. 0.8 bar (11.6 psi). However, because temperature and pressure fluctuations do not affect the measuring principle, the NivoGuide® records the level precisely and reliably even under these conditions. In addition, the radar meets the requirements for durability and maintenance-free operation thanks to its chemically resistant materials. The sensor is equipped with an extra insulation made of PEEK, FFKM seals and the additional borosilicate glass seal (Second Line of Defense). It is therefore particularly suitable for determining the level of media such as ethanol. A condensate cone, which acts as an isolator between the coupling and the probe, increases the measurement reliability and also makes it easier to drain the condensate. In addition, the sensor fulfills all safety requirements with regard to explosion protection and has the world’s most common certifications (ATEX, IEC-Ex, INMETRO, FM, EAC-Ex) for use in potentially explosive gas and dust atmospheres. The device versions can be individually adapted to the application by means of rope extensions. The right sensors can be configured depending on the tank design and manufacturing environments. Even under the demanding process conditions of ethanol production, the NivoGuide® with its 4… 20 mA / HART two-wire electronics measures precisely to +-2mm. Due to the short response time, filling levels that change faster are also reliably recorded. The guided wave radar sensors thus offer optimal support for the smooth flow of processes in the production facility in Sweden.

One of the decisive purchasing reasons for the plant manufacturer was, besides the high precision, the simple and intuitive operation of these devices. The insensitivity to a wide range of process conditions makes the technology a multi-talent and thus facilitates commissioning. The sensor is calibrated in just five steps and delivers a reliable level signal, regardless of whether it is used in water/oil-based media, pastes, foams or slurries. The intelligent software of the guided wave radar sensor technology enables high system availability. Intelligent software algorithms can distinguish between dynamic and static signals. Thus, installations within the vessels can be identified as such and excluded during echo analysis. Faulty level measurements triggered by installations are excluded, minimizing the deployment of service technicians and maximizing plant availability. However, as failures cannot be excluded one hundred percent, echo curves are automatically recorded and saved. This data is used to speed up fault analysis and keep downtime to a minimum. The programming element with a plug-in indicating and adjustment module as well as a cover with a viewing window enables very user-friendly operation. Extensive diagnostic functions ensure quick and safe handling. For example, current measured values and setup parameters are displayed. The parameterized data can be stored and transferred to other radar units, which results in a considerable time saving of the installation process.

Solution partner for level measurement since 1977 with comprehensive expertise in all industries and process applications. UWT is a medium-sized German family owned business and has become one of the world’s leading experts in the field of level measurement technology offering innovative sensors for continuous and point level measurement in any ... 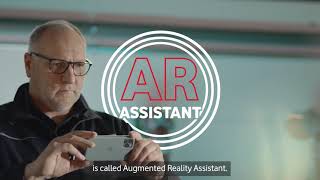 Digital Range of Services Expanded to Include Remote Support

For 75 years, Brooks Instrument has been a trusted partner for flow, pressure and vaporization instrumentation across the globe. More info ➜

GF Piping Systems is the leading flow solutions provider worldwide, enabling the safe and sustainable transport of fluids. The company specializes in plastic piping systems and system solutions plus services in all phases. More info ➜