Fluid handling valves are used for controlling the flow of liquids, gases and slurries in a pipe or other enclosure, as directed by a signal from a controller. Control valves enable the direct control of flow rates of fluids, therefore controlling process quantities such fluid level, temperature and pressure.

Control of the valves is by means of a movable element that opens, shuts, or (partially) obstructs an opening in a passageway. Fluid process valves are of seven main types: gate valves, globe valves, plug valves, needle valves, butterfly valves, spool valves and poppet valves. This Technology Zone offers an insight into the latest innovations in fluid processing and control valves.

Articles about Process and Control Valves

HELSINKI – Metso has received four major valve orders for the oil and gas industry from Chinese petrochemical customers. All orders are for greenfield investments and have been booked in Metso’s orders received starting from the first quarter of 2017, with subsequent quarterly bookings in 2017 and continuing to 2018.

RUURLO – Vary-P control valves were already introduced by Bronkhorst in 1985 for controlling high-pressure gas flow with high pressure differences of up to 400 bar (later on extended to 700 bar!).

The Hutchinson (Kansas) Water Plant gets its water from 20 wells. The water is pumped out of the wells and into a reverse osmosis water treatment center to purify and ensure safe drinking water.

Noise Protection with use of Valve Silencers

SANT ESTEVE SESROVIRES – Noise protection is more demanded lately during valve request process, is quite common to have a proper request in valve data sheet for noise admissible level in dB.

Kyle Daniels (Clarke Valve)Kyle Daniels is an Aerospace Engineer and the inventor, Chief Engineer, and Head of Product Design of the Shutter Valve. He holds several patents on the Shutter Valve and is an expert in the field of industrial valves. Mr. Daniels spent his career in the aerospace industry working at General Electric, Pratt & Whitney, and Embraer Aircraft. He is a graduate of The Ohio State University’s prestigious Aeronautical and Astronautical Engineering program and received a master’s degree (magna cum laude) from Brown University’s Program in Innovation Management and Entrepreneurship. Mr. Daniels is from Miami, FL and has resided in Ohio, Connecticut, Rhode Island and Paris, France.

Gregg Johnson (Cole-Parmer)Gregg Johnson, Sr. Global Product Manager, Cole-Parmer is a 40 year veteran of the fluid handling industry. His experience covers fluid handling applications in all industries and product development in peristaltic pump technology. His early career focused on product development with the Masterflex® brand peristaltic pumps managing development of the core digital pump drive products, the Easy-Load® pump head technology and consumable tubing development. He went out to industry to learn other pumping technologies with both centrifugal and positive displacement pump manufacturers. In 2000, he was recruited back to Cole-Parmer to become the Global Product Manager where he oversees product development from concept to launch.
Click here to ask a question about Process and Control ValvesClick here to view more questions about Process and Control Valves

INGELFINGEN-CRIESBACH – In future, there will be a larger selection of versions of the world’s first controllable single-use diaphragm valve – GEMÜ SUMONDO.

FRANKENTHAL – To round off its existing range of butterfly valves, the KSB Group has launched the new Aporis double-offset butterfly valve with elastomer sealing element. 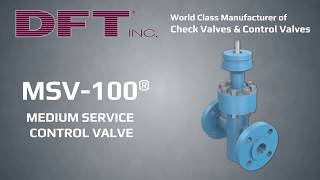