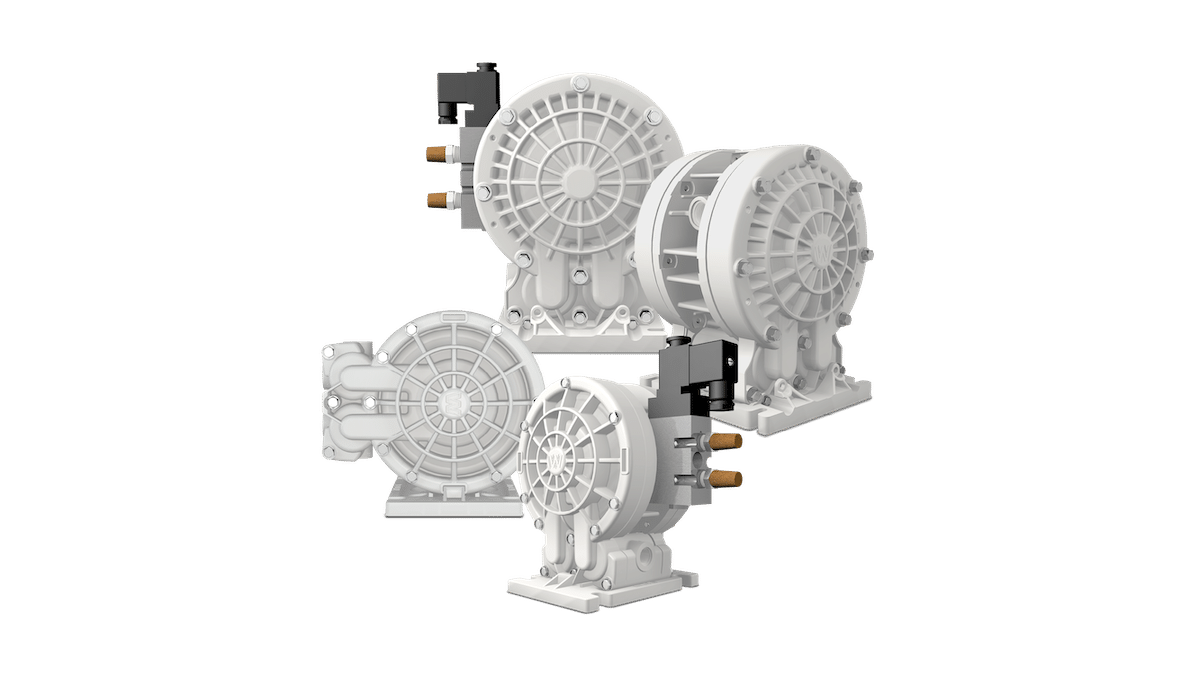 In these days of tightened capital and operating budgets, one thing that is always a front-of-mind concern for OEMs as they design and fabricate their skid system is how effective will they be in streamlining operating costs for their customers. Therefore, a pump that operates in the most cost-effective way possible is one way to get their attention. This requires a balancing act from the pump manufacturer: finding a way to offer equipment at an attractive price point while still producing competitive products that reliably do everything they need to do.

This is where a pump’s operational flexibility enters the picture. Flexible pumps are more valuable since they allow OEMs to design their systems in the most cost-effective way possible. With that in mind, the versatility and flexibility of an innovative new multi-port and multi-position AODD pump design allows OEMs to design their skid systems so that costs can be eliminated through:

The versatility of this new AODD pump is further enhanced by the presence of a first-of-its-kind detachable mounting foot. This feature further eases the pump’s ability to be reoriented vertically or horizontally, or fit onto skids that must squeeze into tight operating spaces. Taken together, all of these benefits enable the pump to meet every one of the operator’s many varied demands without sacrificing quality and reliability.

Due to the space constraints that many OEMs face, the pump must fit easily into the system’s existing infrastructure with minimal repiping or remodeling needed. The rule of thumb in this case is that the pump must be flexible enough to work within the system’s requirements, rather than the system being forced to work around the new pump. Simply put, adding a new pump that requires a system redesign with its inherent costs is difficult for the OEM to swallow.

The new AODD-pump design removes this concern because it possesses the ultimate flexibility to fit into any system and replace any competitive pump.

When the pump has been selected and installed, the next demand is an obvious one: it must work when asked, every time and without exception. When plant operators turn the air “on” for their AODD pumps, they expect the pump to begin delivering fluid immediately. However, there may be certain limitations in the pump’s operational capabilities that can make this difficult, including:

Again, the design of the new AODD pump model eliminates these issues. First, it has an extremely low startup pressure, 15 psi (1.03 bar) or lower, which means it will start on command every time. Secondly, it produces fantastic dry suction lift at every point on the curve and at every air pressure, with more than 16 feet in suction lift possible, depending on the model. In fact, the pump’s suction-lift capabilities get better as the air pressure increases, which is not typical of most AODD-pump designs. These abilities mean that the pump will reliably start at any air pressure with no special startup sequences or costly three-way valves needed.

One thing no OEM and their customers will tolerate is a pump that leaks. While most pump models won’t leak when they are taken out of the box, over time they can become susceptible to liquid loss as seals wear and the pump absorbs the abuse of hundreds of thousands of operating cycles. This is especially true for users that handle very thin liquids, such as surfactants. Also, in many cases the liquids that are being transferred are potentially hazardous if not contained properly, in which case leak-free operation is a non-negotiable requirement.

Most diaphragm pumps are developed to use a face-seal design that relies on two parallel surfaces to be held in tension by a fastener that compresses a seal between them. In general, this design works well and is used in many pump technologies, including a majority of legacy AODD-pump designs. However, as the pump operates, there is the potential for the effectiveness of the seals to be affected by torque decay on the fasteners. This can be caused by the normal operation of the pump, or by outside factors, such as environmental temperature swings or the composition of process fluids.

In comparison, the bore-seal design in the new AODD-pump model relies on fastener force that is perpendicular to the seal face with the distance between the two parallel surfaces kept consistent in order to optimize the sealing capabilities. Since the fasteners are only required to hold the two surface faces in a consistent position, if any torque decay occurs, it will not compromise the integrity of the seals.

The advantages of this design are found in the fact that the fasteners play no role in maintaining the pump’s seal. Therefore, any mild to moderate torque decay that occurs will not adversely affect the pump’s leak-prevention abilities. This will result in significantly improved sealing over time, which, as mentioned, is especially significant when thin or hazardous liquids are being transferred.

All of the many paradigm-altering features of the new Velocity Series AODD Pump from Wilden®, Grand Terrace, CA, USA, can make them an obvious choice in the handling of many different industrial applications, from laundry systems to clean-in-place systems to chemical-dosing systems. The true innovation in the design of these pumps is the ability to enable them to consistently provide long-term reliability with best-in-class versatility and reduced maintenance costs and downtime. These are qualities that will successfully attract the attention of most OEMs as they search for the best pumps with which to outfit their skid systems.

How to Select Proper Diaphragm Materials