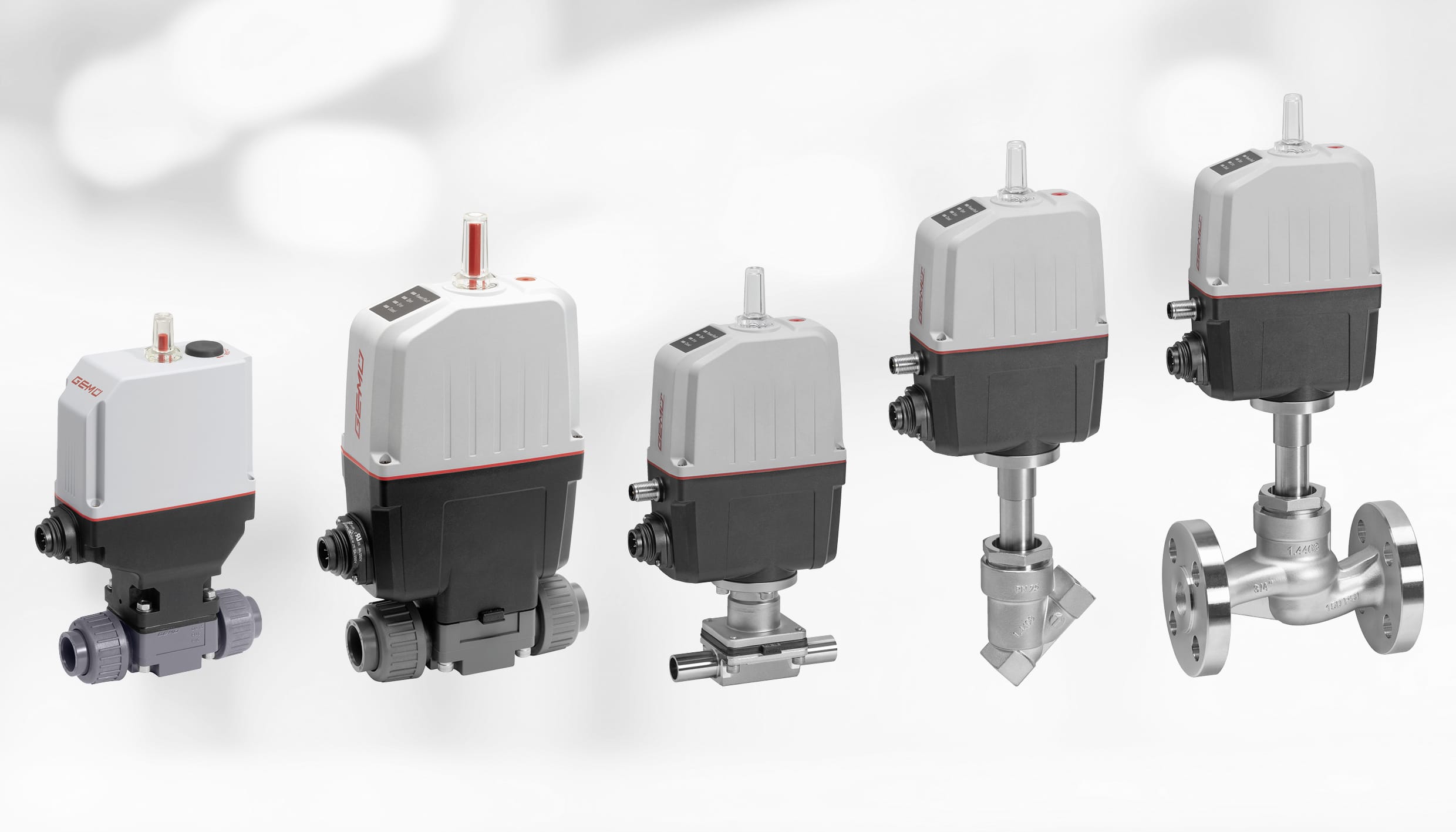 With immediate effect, the GEMÜ R629 eSyLite motorized diaphragm valve is also available in diaphragm sizes MG 10 and MG 40, covering nominal sizes DN 12 to 50. The GEMÜ eSyLite is available alongside the GEMÜ eSyStep and GEMÜ eSyDrive motorized valve range as a basic actuator for open/close applications in the entry-level segment. An optical position indicator and a manual override are installed as standard on the GEMÜ eSyLite, and an integrated emergency power supply module is optionally available. The GEMÜ R629 eSyLite motorized 2/2-way diaphragm valve is a cost-effective alternative to solenoid valves made of plastic or to motorized ball valves made of plastic. Due to the GEMÜ HighFlow body, the valve has good flow characteristics and is insensitive to particulate media. Furthermore, the GEMÜ eSyLite actuator can also be mounted on M-block valves.

The GEMÜ eSyStep universal actuator has also been extended by one size. This means that the GEMÜ 543 and 533 eSyStep globe valves are available in the nominal sizes DN 6 and 15 to 50 with immediate effect. In the future, the nominal size range from DN 4 to 32 will be covered with the GEMÜ 639 and R639 eSyStep diaphragm valves. Valves with the GEMÜ eSyStep actuator are available in open/close or positioner versions. An IO-Link interface allows process data and parameter data to be exchanged easily. This means they are perfect for both open/close applications and simple control applications. Thanks to its slim design, the GEMÜ eSyStep actuator is also perfect for use on M-block valves.

By expanding the range of motorized valves to additional nominal sizes, GEMÜ is further extending its offering of energy-efficient alternatives to compressed air systems.