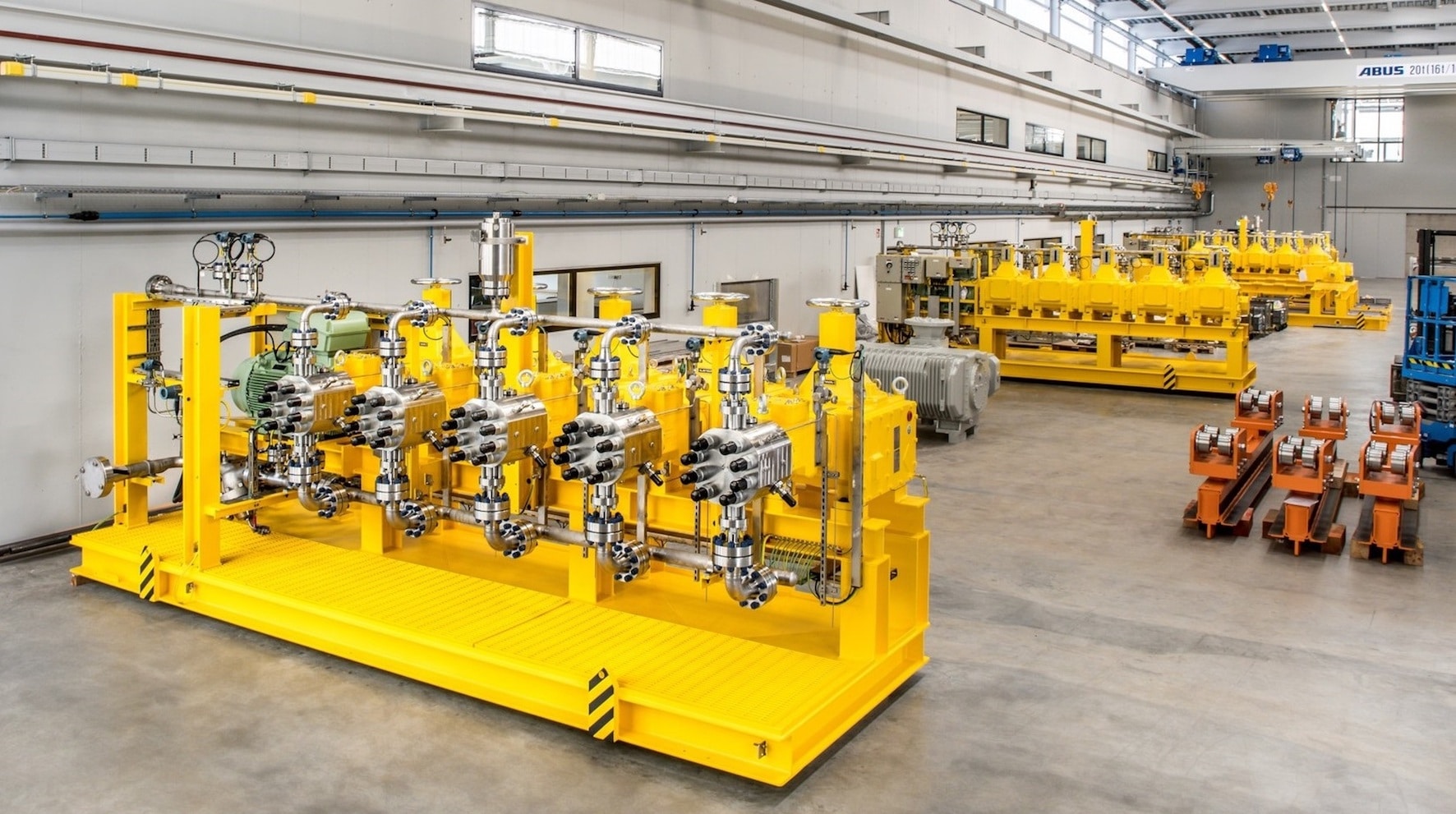 LEWA GmbH has delivered a total of six Ecoflow type LDH5 process diaphragm pumps to the Arabian Gulf in order to expand the pumping capacity of two offshore gas fields.

The pumps are used to inject mono ethylene glycol (MEG) to prevent bore hole icing at critical points along the pipeline. This job follows two earlier major projects. As part of the largest job in LEWA’s history, a total of 40 process diaphragm pumps for MEG injection were built for the end customer, an international company, in 2013. A follow-up order in the summer of 2017 included the delivery of 12 Ecoflow series type LDH5 pumps, among other products. The experience, gained on the two previous projects has helped to handle the current, third project with even more speed and efficiency.

The major order arrived at the end of March 2018. Its goal was to increase the pumping capacity of two offshore gas fields in Saudi Arabia. For this purpose, an international oil and gas company ordered a total of six Ecoflow type LDH5 process diaphragm pumps from LEWA. They are installed on wellhead platforms (WHPs) together with the corresponding M8 pump heads. From there, the pumps will inject mono ethylene glycol(MEG) into the pumping process. This will prevent methane hydrates from accumulating at critical process locations, thereby effectively countering bore hole icing. “The six LDH5 pumps work with an operating pressure of approximately 520 bar and are designed for a flow rate of 5000 l/h,” said Klaus Figgle, Senior Project Manager of Engineering at LEWA. “As such, they are ideally suited for the application and contribute to complication-free gas pumping.”

As part of the cooperative effort with the end customer, this current major project represents what is now the company from Leonberg, Germany’s third MEG-injection project for the Arabian Gulf gas field. The shipment of 40 process diaphragm pumps back in 2013 (as part of what was previously the largest order in LEWA’s company history) was supplemented in 2017 by the follow-up order of 12 process pumps and 8 boxer pumps. LEWA received the letter of intent for the current project LEWA in May 2018, and the contract followed in July 2018.  “Since the previous order involved the delivery of identical systems, we completed the project promptly and efficiently by November of the same year,” Figgle reported. “We were even able to shorten the delivery process of the first two systems by three weeks. The customer has expressed a high level of satisfaction with both the quality of the pumps and the course of the project.” The systems are currently being installed on the platform.