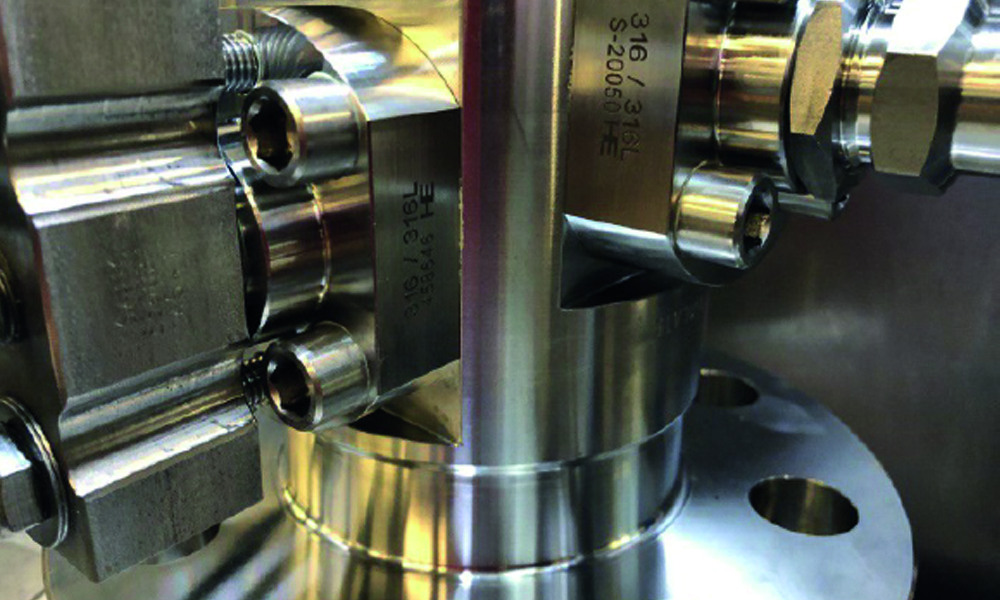 AS-Schneider valves are being successfully used at the Amal oilfield in Oman which uses steam generated at the Miraah solar thermal facility. Steam injection as a common enhanced oil recovery method.

Mature oil fields use enhanced oil recovery (EOR) to boost production. Steam injection is an EOR technique widely used in the Middle East. High-temperature steam is injected into the well to heat up the subsurface oil. The oil production from a heated well increases due to the effects of lower viscosity, vaporization, and thermal expansion.

Metal-to-metal seated ball valves have traditionally been used for this high-temperature application. These valves can be difficult to procure as they are made from special alloys and require a specialized coating process. AS-Schneider offers Double Block and Bleed valves with a bigger bore globe-type needle valve. These DBB valves are faster to produce as they do not require special third-party components. AS-Schneider valves are being successfully used at the Amal oilfield in Oman. which uses steam generated at the Miraah solar thermal facility.

Boosting recovery from aging oil fields is a major challenge in oil production. As production starts to taper off, oil companies must employ enhanced oil recovery (EOR) techniques. Using EOR technology, production can be increased to keep the field economically viable. EOR can help extract up to 60% of a reservoir’s oil – compared to 40% using primary and secondary extraction methods. In the Middle East, the steam injection has been successfully used as an EOR technique for the recovery of heavy viscous oil. Steam is injected into the reservoir to heat up the subsurface oil. The process boosts recovery due to viscosity reduction, vaporization, and thermal expansion of the oil.

Traditionally, natural gas is burned to produce the EOR process steam. The oil and gas industry, however, is under increasing public and regulatory pressure. Worsening climate change blamed on greenhouse gas emissions from the use of its products. The additional use of fossil fuel, during the extraction process, exacerbates the environmental concerns.

Solar thermal energy for steam generation is a clean and environment-friendly alternative to burning natural gas. This method uses mirrors to reflect and concentrate solar radiation onto receivers that convert solar energy to heat. The clean energy is then used for the EOR process steam generation. The solar thermal approach not only reduces the carbon footprint of the extraction process but also lowers the cost of extraction. An increasing number of gulf state oil companies are working on replacing natural gas-based steam generation. A solar steam process is part of their environmental agenda.

Solar steam generator at the Miraah Solar Plant in Oman

A prime example is the solar steam generator at the Miraah Solar Plant in Oman which is one of the largest solar plants in the world. Boasting a solar thermal capacity of 1,021 MW, the plant has a daily steam output of up to 6,000 tons. That translates into annual gas savings of 1.6 TWh and annual CO2 emission savings of 300,000 tons. The 6,000 tons of solar steam generated daily at Miraah constitutes a substantial portion of the EOR steam requirements at the Amal oilfield operated by Petroleum Development Oman (PDO). The steam EOR increases the good productivity at Amal by 300%.

The design temperature for steam injection wells is typically in excess of 400° C. At these high temperatures, the hardness of the valve material is reduced and its fatigue-resistance is compromised. Small cracks may appear which can propagate across the section causing failure. Valves with O-rings and thermoplastic seals are unsuitable for use in this temperature range. High-temperature, high-pressure applications demand that valves have a specialized design and construction.

Metal-to-metal seated ball valves, with a larger bore and fire-safe graphite sealing, are generally used as isolation valves in steam EOR application. These valves are constructed from special alloys and are protected with heat, corrosion, and wear-resistant coating/cladding applied using a specialized process. Some valve manufacturers can take several weeks to supply such valves. A ball-set (ball + seat) must be ordered from third-party suppliers. In the event of an unplanned shutdown, procurement and replacement of these special-purpose valves can become a challenge for the maintenance team. The cost of using these valves can be high both, in terms of the procurement cost, and the production loss suffered while waiting for a replacement to arrive.

DBB valves are used for controlling process flow to allow for maintenance, sampling, and flow diversion. A DBB valve has two seating surfaces that isolate pressure at each end. It includes a provision for venting/bleeding the cavity between the two seats. In addition to providing safety against pressure at both upstream and downstream ends, DBB valves help isolate instrumentation such as pressure indicators and level gauges. They help prevent product contamination, allow removal of instruments for calibration, cleaning, or repair, and simplify product sampling. The bleed valve is used to relieve pressure which can build up due to the thermal expansion of the fluid in the cavity. It helps prevent overpressure which can lead to leakage or rupture.

For high temperature and pressure applications, such as steam EOR, AS-Schneider offers the DCZ series of DBB valves. The valves are designed with a large 14 mm bore, needle type block in DBB configuration that is rated up to 550° C. It is a compact and tough design built to last in extreme applications. The innovative design of the valve head allows smooth low-torque operation and gives the valve long service life. The standard rating of AS-Schneider DBB valves is 420 bar but valves can also be produced with a 689 bar rating for high-pressure applications.

The series contains mono flange and dual flange models with specialized process and instrument designs. The valves are readily available from the company as they are faster to produce and do not require special third-party components.

The family-owned company AS-Schneider, with more than 350 employees, was founded in 1875 and is today one of the world's leading manufacturers of Industrial Valves for Measurement and Control Technology and also of Double Block & Bleed (DBB) Ball Valves. AS-Schneider is in fact the world market leader in the market segment of valves for large diesel ...

Expert interview on hydrogen: “This will revolutionize the EU energy market”

The New Pillar in a Growth Market

Special Design For Use In Space